Trust PFN's Cowboys vs. Buccaneers prediction with your pick for tonight. Is Dallas the pick? Or do you pick the Buccaneers? Let's dive in.

We are officially back. Tonight kicks off the 2021 season of the NFL, and the defending-champion Tampa Bay Buccaneers are hosting “America’s Team,” the Dallas Cowboys. Let’s dive into NFL betting with a look at the Cowboys vs. Buccaneers, as well as picks and predictions for this Thursday Night Football matchup.

Round 2 for Tom Brady and the Buccaneers. Don’t call it a comeback for Dak Prescott. The most successful quarterback in league history versus the NFL’s most valuable team. We’ve been waiting for months, and now football is back.

It is blatantly obvious the Buccaneers are the better team from top to bottom, yet the beginning of the season is always the most variable. Teams are getting acclimated to actual game speed and circumstances, and there’s a higher chance for variance in this Cowboys vs. Buccaneers prediction.

“Tompa Bay” was second in the league in passing offense last season as they meticulously executed 289.1 yards per game through the air. That efficiency kept them in the top three scoring offenses for 2020 at 30.8 points per game. The critical area on offense they lacked was on the ground, mustering a measly 94.9 yards per game, which ranked 28th overall. However, in a pass-first league and with Mr. Efficient at the helm, the lack of a run game is no concern to head coach Bruce Arians.

The one question mark about the Buccaneers is their play-calling tendencies. Last year, Tampa Bay ran the ball 61% of the time on first down from Weeks 1-14. Subsequently, they had the highest pass rate on second and third downs, averaging 80% pass attempts after a measly 3.2 yards per rush on first down. Will Arians change up his play-calling strategy and make this an easy Buccaneers pick?

Dallas can keep this game somewhat close if they can tune into this predictability on D. The more third downs Dallas can make Tampa Bay attempt, the higher the chances they can get them off the field. Everyone talks about the Buccaneers’ supremacy yet fail to recall the number of close games because of lapses in offensive efficiency. 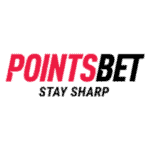 Tampa also finished dead last in Football Outsiders’ variance metric last season and was extremely inconsistent from one game to the next. Between this game being the first of the season and the Buccaneers’ predictability, if the Cowboys can merely slow down Tampa’s offense, they should be able to remain relatively close throughout the game in this Cowboys vs. Buccaneers prediction.

When Dak Prescott was leading the helm for the Dallas Cowboys, they fielded the second-best offense in success rate. The biggest issue for them was turnovers. With Prescott coming back from injury, we can expect a heavy dose of running back Ezekiel Elliott. The question is whether they will be just as predictable as the Buccaneers on offense.

Zeke was nonexistent last year once Prescott went down — the Cowboys’ offense became predictable. Will head coach Mike McCarthy return to a more balanced attack utilizing Prescott and his trio of wide receivers? Or will he play it safe and use a heavy dose of Elliott to keep Prescott out of harm’s way?

Starting right guard Zack Martin will miss this game due to COVID-19 protocols. However, Prescott is a mobile quarterback who should create opportunities from broken plays. Zeke also needs to improve his ball-handling skills; he has 21 fumbles in his five-year career, which is the highest during that time frame. He had a career-high 6 fumbles last season alone.

The Cowboys could benefit from a pass-first offense against the Buccaneers with the untouchable receivers at Prescott’s disposal. Additionally, Dak was cooking last season before his injury, and he could easily pick up where he left off.

The main question for the Cowboys will come from their defense. They addressed it significantly during the draft, but are we expecting multiple rookies to step right in and contribute in a big way? They also have a new defensive coordinator in Dan Quinn, who specializes in coaching the defensive line. Will Quinn convert the Dallas defense into a respectable unit to pick the Cowboys tonight?

Quinn has coached elite defenses in the past and could create a quick turnaround if he has the right pieces available. He coached the Legion of Boom during their peak, and the Cowboys have had many coaches from the Monte Kiffin/Pete Carroll tree. Once Quinn left Seattle, they haven’t advanced outside of the Divisional Round. The Legion of Boom also hasn’t been feared since.

Cowboys vs. Buccaneers prediction and pick

The NFL odds point to a Buccaneers pick in this one except unpredictability. The Cowboys could be a much-improved defense. We know their offense will get back to its elite production — the question is when. They have the pieces in place to be a playoff team, but will they be coached up properly?

The Buccaneers could also be affected by the longer season they just finished and may need some time to get their offense in order. Due to Arians’ penchant for running on first down and throwing on second and third downs, the Cowboys could reap the benefits of a predictable offense. Throw in the fact that most of the public money is on the Buccaneers, which doesn’t tend to end well. My Cowboys vs. Buccaneers prediction? I’ll pick the Cowboys and the +9.5 points in this first Thursday night.