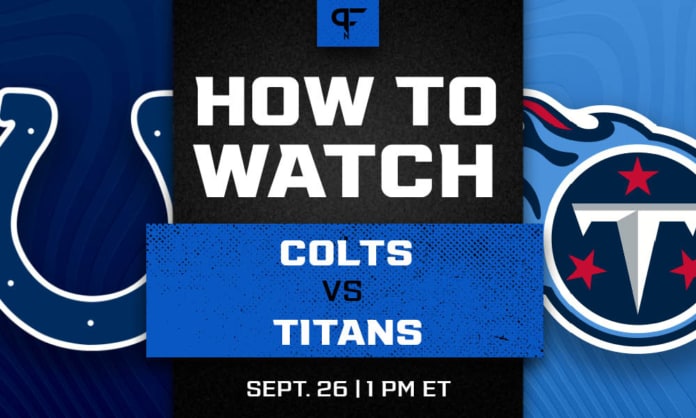 Colts vs. Titans prediction, odds, line, and how to watch the Week 3 game

What are the latest lines, odds, and predictions ahead of the Colts vs. Titans matchup, and on what channel can you watch the game?

Sunday’s Indianapolis Colts vs. Tennessee Titans game features the two teams expected to contest for the AFC South, with both desperately needing a victory. Let’s look at the current lines and NFL odds, a prediction for the game, the TV channel, and how to live stream the Colts vs. Titans Week 3 NFL game.

Indianapolis Colts vs. Tennessee Titans prediction and odds for Week 3

The Colts season could not have started much worse

Let’s recap the start of the Colts season — they’ve started 0-2, and their QB was seen in a walking boot Tuesday ahead of Week 3. Combine that with offensive line problems and injuries popping up on defense, and things really could not be much worse. Entering last week, Quenton Nelson and Eric Fisher were questionable, and Braden Smith was ruled out Friday. It has not been pretty.

To pile on top of that, you now have to face your division rivals with the potential of being 0-3 and two games behind them in the race for the division. Oh, and that team comes with the insignificant issue of Derrick Henry at running back.

Facing Henry at full strength is tough. Facing him with some key defensive players not at 100% is close to a disaster.

Entering last week, the Colts had Darius Leonard, Kwity Paye, Khari Willis, and Julian Blackmon questionable. Xavier Rhodes was ruled out, but perhaps most importantly when facing Henry, DeForest Buckner popped up on the report Friday with a groin injury.

All of that makes it very tough for any predictions to have the Colts upsetting the odds vs. the Titans this week.

The Titans had a superb comeback in Week 2

At halftime of Week 2, things looked very bad for the Titans. After being humiliated by the Cardinals in Week 1, they were losing 24-9 to the Seahawks at the half.

Even with 13 minutes remaining in the fourth quarter, they were still trailing by 14. Then Henry came to play. He started the comeback with a 60-yard touchdown run before forcing overtime with a 1-yard score in the final minute. The Titans would go on to win in overtime, avoiding an 0-2 start at the hands of the NFC West.

While a win or a loss may not have been significant in the AFC South standings, it is in terms of the AFC as a whole. This week is a different situation. Win, and they build a two-game buffer over their main expected rivals. A win would also mean, at worst, they are tied in terms of record with the Buffalo Bills, Baltimore Ravens, Kansas City Chiefs.

It is hard to make any firm predictions for this Colts vs. Titans game with Carson Wentz’s status for the game unknown. If he plays, the Colts have a realistic chance of keeping it close. The Titans’ defense has allowed 68 points through two weeks, the fourth-most in the league.

The problem comes if Jacob Eason is making his first start. While this is not the most fearsome defense to start against, the cost of a mistake could be huge. With Henry on the opposing offense, he has the potential to grind a defense to dust if given too many opportunities. The Colts cannot afford to gift any possessions to the Titans this week.

How to watch Colts vs. Titans this week