Week 5 of the college football season is in the books, and we saw some mesmerizing performances from this week’s top performers. The best running back in college football showcased his versatility, two Day 2 wide receivers showcased big-play potential, and we have a new suspect to be dubbed “QB4” in the 2021 NFL Draft.

With that said, there were some notable defensive performances that have the draft community buzzing, which we’ll get to first.

The headlining game of the week featured the Georgia Bulldogs laying a smackdown on the Auburn Tigers, to the tune of 27-6. The Georgia cornerback tandem of Tyson Campbell and Eric Stokes was phenomenal in this game, holding the talented Auburn receiver duo of Seth Williams and Anthony Schwartz to 11 receptions for 91 yards.

Campbell is starting to live up the hype and showcasing those elite traits that will have NFL front offices salivating. Another Georgia defender that stood out was linebacker Monty Rice. Rice was making plays all over the field and is in the process of solidifying his status as a second-round prospect.

We saw glimpses of Mac Jones‘ potential last season when he was entered into the starting lineup as the Alabama signal-caller after Tua Tagovailoa suffered a significant hip injury. In Alabama’s 52-24 victory over Texas A&M, Jones was sensational, completing 20 of 27 passes for 435 yards and four touchdowns. His lone interception came off a pass that was deflected at the line of scrimmage.

Jones’ deep-ball accuracy was on full display on Saturday, with a breathtaking 78-yard touchdown strike to John Metchie III being the primary example. Jones, who currently leads the nation in quarterback rating, has surfaced as a legitimate NFL prospect and is in a battle with the likes of Desmond Ridder (Cincinnati) and Kyle Trask (Florida) for the crown of “QB4”.

Dalton Miller had some nice things to say about Jones ahead of the game, stating: “Mac Jones is an intriguing [player]. Last season he completed nearly 70% of his passes and 14 touchdowns to three interceptions in his 11 games. We haven’t seen a whole lot from him yet, but he seems to be mechanically sound, which helps him with his consistency in the short and intermediate areas of the field.”

Jones has the luxury of throwing to one of the best wide receiver units in college football and that will help his draft prospectus a great deal. Can Jones be this year’s Joe Burrow?

It was quite the surprise when running back Travis Etienne announced that he would be returning to Clemson for his senior season. If he were to declare for the 2020 NFL Draft, he would be the best prospect in a talented class that featured Clyde Edwards-Helaire, J.K. Dobbins, D’Andre Swift, and Jonathan Taylor.

In Clemson’s 41-23 trouncing of the Virginia Cavaliers over the weekend, Etienne showcased the game-breaking ability that makes him so special. On the ground, he was pedestrian, carrying the ball 14 times for 73 yards and a touchdown. With that said, he displayed his versatility serving as a weapon in the passing game, securing five receptions for 114 yards and a touchdown. All in all, on 19 touches, Etienne produced a staggering 187 yards and two touchdowns.

Etienne’s speed and acceleration are elite, but on Saturday, he showed unparalleled contact balance and the ability to churn yards after contact. Out of his 114 receiving yards against Virginia, an exceptional 77 yards came after initial contact.

You can’t deny Etienne’s Round 1 status, as he is a dynamic runner who possesses game-changing potential. When it comes to the 2021 NFL Draft, he will likely come off the board towards the end of Round 1 and instantly become an impact player at the next level.

The Texas Longhorns suffered a devastating 31-33 loss to the TCU Horned Frogs on Saturday, but pass rusher Joseph Ossai still shined. Ossai demonstrated the flexibility to bend around the edge on a consistent basis, racking up 11 tackles, 3.5 tackles for loss, and a sack.

Tony Pauline is high on Ossai’s NFL potential, exclaiming: “Joseph Ossai has great upside and could make a move up draft boards. He’s fast, explosive, and sells out to make plays. Ossai shows great sideline-to-sideline range as well as speed moving in every direction. He needs to polish his ball skills, but Ossai offers a ton of next-level potential.”

Make no mistake about it, Joseph Ossai is a pass-rushing force and could emerge as an early Day 2 selection in the 2021 NFL Draft if he continues to build off of his strong start to the 2020 college football season.

If he isn’t on your draft radar, it’s time to start paying attention to the dynamic Reggie Roberson Jr. out of SMU. The blazing-fast Roberson Jr. dominated the Memphis secondary Saturday to the tune of a mind-blowing five catches for 243 yards and two touchdowns. In what might be the most impressive stat of the day, Roberson Jr. averaged an outrageous 48.6 yards per reception.

There is bad news, however. Roberson Jr. was carted off the field after suffering a non-contact knee injury, and after being one of Week 5’s top college football performers, the remainder of his 2020 season is in serious jeopardy.

Tony Pauline is a big fan of Roberson Jr., stating: “I mentioned over the summer that Reggie Roberson displayed himself as a legitimate big-play threat and NFL receiver even though he missed half the 2019 season with a foot injury. I then made the bold prediction he could be a top-45 pick in 2021. His game against Memphis included five receptions for a gaudy 243 yards with two TDs. Roberson has terrific size at 5-foot-11, 205 pounds, plays faster than his 4.4 40-yard dash time, and is a legitimate vertical receiver for the next level.”

Injuries have plagued Roberson Jr. during his collegiate career, which will hamper his draft stock. With that said, you can’t teach speed and explosiveness, which Roberson Jr. has in spades. 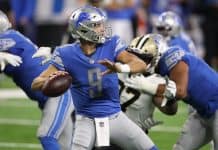