It's been 30 years since the Cleveland Browns have had a quarterback capable of winning division titles and playoff games. For those who've remained faithful, 2019 could be the season Baker Mayfield changes everything.

By Shane G. Tyler
May 22, 2019
Jump around this article Click to show
Quarterback conundrum solved?
Worth the wait?

Many Cleveland Browns fans have only known incompetence. From owners to general managers, coaching staff and players, the Browns have proven inept on and off the field for some time. But it hasn’t always been this way. For a few, well into their 70s by now, the Browns were as dominant a sports franchise as there’s ever been–or so I’ve been told.

My grandfather was born in 1938 and bore witness to the great Browns teams of the past. He was instrumental in my own love for the game. Gramps was there for the Brown’s inaugural season as part of the All-American Football Conference (AAFC) back in 1946. Four years later, the Browns would be absorbed by the NFL. Here’s a clip from 1951’s NFL Championship between the Browns (white) and the Los Angeles Rams.

In their first 12 seasons (1946-1957), the Browns would play in 11 championships, winning seven of them. That hardly sounds like the Cleveland Browns I’ve come to know these past 25 years. But that’s how my grandfather, a diehard Browns fan, remembered them. So you can imagine how disappointed fans like him have felt these past three decades.

Entering the franchise’s 70th season, the Cleveland Browns will be starting second-year quarterback, Baker Mayfield. Cleveland’s front office and Browns faithful are hoping Mayfield can remain the starter for the foreseeable future.

Arguably Cleveland’s most celebrated player at the position, Otto Graham, remained the starter for ten years. Since Graham retired in 1955, no Browns quarterback has served for ten or more seasons. With that said, it’s premature to believe Mayfield is the next great Browns signal-caller. After all, 2019 will be the first season he’ll begin as the unquestioned starter. But we can dream, can’t we?

In his short time under center, Mayfield has won over the Browns fanbase like no other quarterback in my lifetime. It’s well deserved, however. He embodies the city of Cleveland with his rough around the edge moxie and competitiveness. Barring injury or off the field issues, Mayfield should challenge Graham’s ten season record.

Baker Mayfield didn’t begin 2018 as the main guy, but he sure ended the year that way. In week 3, Mayfield would enter his first NFL game and lead the Browns to their first victory since 2016. From there, he’d start 13 games and break the NFL rookie record for touchdown passes in a season (27).

I expect the young quarterback to not only build on his rookie year but take further steps in his development. It helps that newly hired head coach, Freddie Kitchens is already familiar and confident in Mayfield.

A lot of times young quarterbacks are brought along slowly at the next level. Even players drafted first overall like Mayfield need a moment to adjust. But that’s why I find him so captivating. Mayfield has been on a mission since arriving in Cleveland, or as some refer to it as the mistake by the lake.

Finally, there’s some juice in this orange (and brown)

I can’t pinpoint the exact moment in which it happened, but the Cleveland Browns are exciting to watch–again. The energy, fire, and pure competitiveness these players display is all new territory for young Browns fans. While it’s been a group effort, the quarterback sets the tone, and the player’s attitudes have been reflective of Mayfield’s leadership.

The message is clear. The Cleveland Browns are no longer an easy win on another team’s schedule. No longer will the players be pushed around on Sunday. Or dare I say Monday nights? The roster is talented, and there’s potential for any player to break out in 2019. Our very own, Dennis Sosic lists potential candidates here. With this said, the Cleveland Browns franchise needs to be taken seriously.

This isn’t to say the players from previous seasons haven’t given their all. You feel sorry for guys like former Browns offensive tackle, Joe Thomas. For years, hundreds of professional football players roamed the halls of the Browns’ facility hoping to turn around the woeful franchise. Despite the noble intentions, a change could never be attained until a franchise quarterback was established.

Speaking of players who came before, how about the quarterback position, specifically. Since joining the NFL in 1950, the Browns have had 57 different quarterbacks start at least one regular season game. It seems like an eternity since Milt Plum, Frank Ryan, Brian Sipe, and Bernie Kosar were representing the Browns at the Pro Bowl. The four of them would combine for eight appearances to be exact.

None could hold a candle to the late, great Otto Graham, however. In his ten-season career, he’d lead the Browns to the championship each season. And unlike Graham, none of the other four quarterbacks mentioned could manage more than one NFL title.

Mayfield has a look about him. There’s something special about his game that many scouts missed in projecting his performance at the professional level.

It’ll take more than a decade for Mayfield to prove worthy of Graham’s status. But he is already making a name for himself among successful passers to follow the franchise’s greatest quarterback. I know it’s early, but Browns fans have been deprived. For those who’ve only known the Browns since their resurrection in 1999, I commend your loyalty.

It’s these young fans who will be quick to crown Mayfield. If he can lead this franchise to a division title in his second season, he’s already the best Browns quarterback of the last 20 years.

Say he does it. Say the Browns win the AFC North in 2019. How many future seasons of success is needed to impress upon the long-serving fans from the early days? After averaging less than six wins per year for the latter half of their lives, I imagine they’d be elated. As a matter of fact, I know the seasoned fan would be satisfied.

My grandfather, Charlie Tyler, would’ve been like a kid on Christmas morning. Unfortunately, he wouldn’t be around to see Mayfield’s rookie season let alone what’s to come. But I can still see his face. I can see his smile as he strikes up a conversation about his beloved Browns. He would’ve enjoyed seeing them finally play up to the standard of which he grew so accustomed to in his youth.

Nearly a year ago today, I spent a wonderful Saturday with my biggest fan. Just my grandfather and I. We talked about the weather, marriage, food and of course football. Less than a week later, he was gone. His favorite football team was unable to correct their destructive course in time.

The Browns fanbase deserves some positivity sooner rather than later for time is fleeting us all. They deserve a division title. For the first time in what seems like forever, the probability hasn’t been higher in my lifetime. For the fans still stuck in the 50s to the young kids who’ve never known life before Mayfield, I sure hope it happens. 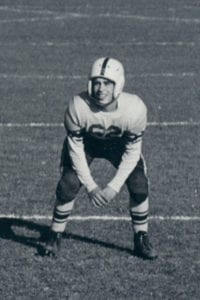 And for my grandfather, whom I miss dearly, I’ll continue cheering on his behalf. At the very least, he’d want his Browns to beat those damn Pittsburgh Steelers.

This one’s for you. 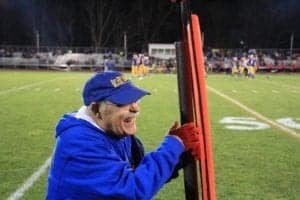 2023 Senior Bowl Practice Winners: Tyjae Spears and Nathaniel ‘Tank’ Dell Stand Out Most at Their Positions

How Are the Senior Bowl Teams Chosen?