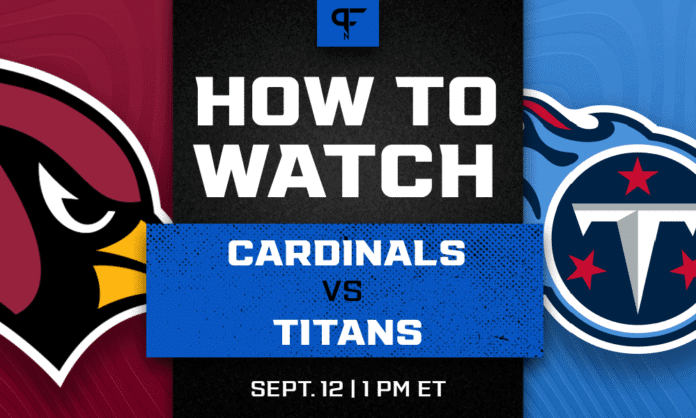 Cardinals vs. Titans prediction, how to watch, odds, and preview for Week 1

What channel has the Cardinals vs. Titans game, where can you live stream it, and what are the latest odds and predictions for the game?

The Arizona Cardinals vs. Tennessee Titans will showcase two high-powered offenses with playoff aspirations. The Titans are coming off a strong year and look even more menacing now that they have added Julio Jones to the roster. Meanwhile, Kyler Murray will look to take another step forward after being banged up in 2020. Let’s take a look at the current NFL odds, TV channel, how to live stream, and a prediction for the Cardinals vs. Titans Week 1 NFL game.

The Cardinals will kick off the 2021 season at home against Tennessee. They will hope that both head coach Kliff Kingsbury and QB Kyler Murray take steps forward in Year 3. With an 8-8 record, the Cardinals finished 2020 third in the NFC West. The NFC West is one of the toughest divisions in the NFL, with all four teams potential playoff contenders.

The Titans, meanwhile, finished first in a weak AFC South with an 11-5 record. RB Derrick Henry rushed for over 2,000 yards and put up record numbers. The offense got significantly better by adding Jones to complement A.J. Brown. They now form one of the most impressive WR duos in the league. However, the defense struggled in 2020.

Tennessee ranked near the bottom of numerous defensive categories last season, including dead last on third-down conversions. The Titans have six new starters, including edge rusher Bud Dupree, defensive lineman Denico Autry, and cornerback Jackrabbit Jenkins. There are a number of questions surrounding this unit.

The Cardinals will need to come out firing on all cylinders in this matchup if they want to compete with the Titans. If Arizona can score early, it might help keep Henry out of the game. If the Titans are forced to play catch-up, Arizona could very well run away with this one. Yet, that is not how I see the game playing out.

Usually, teams tend to struggle for the first few drives in the opening week. We saw it with the Tampa Bay and Dallas game during Thursday Night Football. The two prolific offenses struggled to move the ball off the get-go. If that same thing happens here, Tennessee should be able to establish the run and use their two big WRs on the outside to test the Cardinals’ secondary.

How to watch Cardinals vs. Titans | Live streams, TV channels, and more

Odds and best bet for Cardinals vs. Titans

Odds are provided by DraftKings Sportsbook.

This is an easy one for me. Even though the Cardinals are at home, I think that the Titans’ offense is simply too good for an Arizona defense that was ravaged by free-agent departures and surprise retirements. Both Brown and Jones should have huge games, and I like the Titans to cover the field goal spread.

My other lean would be to the under 54. As I said, there are usually first game jitters that teams need to get over before the offense looks like themselves. That, and Tennessee’s desire to run the ball, makes me think this total should go under. It might be close, but 54 is just too high.