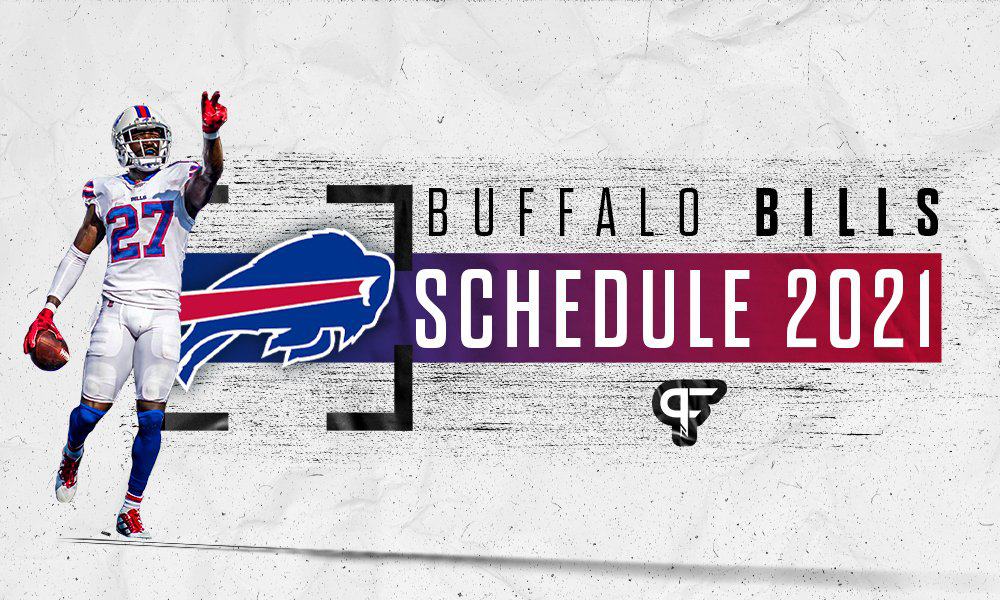 What is the Buffalo Bills’ 2021 NFL schedule, how many times will we see them in primetime games, and who are the toughest and easiest opponents on their schedule?

How many primetime games do the Bills play in 2021?

The Bills will play four primetime games in 2021. They will be against the Chiefs in Week 5, the Titans in Week 6, the Saints in Week 12, and the Patriots in Week 13.

When is the Bills’ bye week?

Coming off a fantastic season in 2020, the Bills’ 2021 NFL schedule appears to be reasonably friendly. Of the AFC playoff teams, only the Cleveland Browns have an easier projected schedule than the Bills, who are tied for 11th. The intriguing part for the Bills is that their road schedule ties for the fourth toughest in the league, while their home schedule is set to be the third easiest.

The Bills will face three teams projected to win double-digit games on their 2021 NFL schedule. Two of those will be playoff rematches against the Indianapolis Colts and Kansas City Chiefs. Meanwhile, their third game sees them face an old foe in Tom Brady and the current Super Bowl champion Tampa Bay Buccaneers.

After losing twice to the Chiefs in the 2020 NFL season, the Bills will view this game as an opportunity to exact revenge on Kansas City. Buffalo has beaten the Chiefs just once in the last six meetings and has yet to win against Patrick Mahomes. Meanwhile, the Bills will have to deal with a revenge game for Indianapolis, who they defeated in the 2020 playoffs.

While the Bills and Buccaneers have not faced off since 2017, the history with Brady is far more recent. Buffalo has not beaten a Brady-led team since 2014. The only victory they had against New England between then and 2020 was with Jacoby Brissett under center in 2016. Facing Brady and the Buccaneers on the road will be extremely tough for the Bills, even with their recent improvements.

The 2021 NFL schedule will see the Bills play five games against teams projected to win seven or fewer games. Two of those come on the road against the New York Jets and Jacksonville Jaguars, with the other three at home against the Jets, Houston Texans, and Atlanta Falcons.

2020 saw the Bills sweep the Jets for the first time since the 2015 season. However, with Zach Wilson now under center and a new head coach in charge, they could be a very different proposition. Facing the Jaguars will see the Bills having to deal with another rookie in Trevor Lawrence in combination with another new head coach.

Throw in another two rookie head coaches leading Atlanta and Houston and those games could be tricky. Nevertheless, given the recent struggles of those franchises, Buffalo really should have all five games circled as must-win encounters.

Projected to win 10.5 games according to Vegas win totals, the Bills should have that number highlighted as a floor. With their “17th game” being against the worst division winner from 2020 in the Washington Football Team, Buffalo has gained another advantage on other top AFC teams from 2020.

However, the games against the Miami Dolphins and New England Patriots will present a significant challenge. Combine that with a tough road schedule, and if Buffalo cannot take advantage of those easier games on the schedule, then serious question marks could be raised about this team come the end of the season.