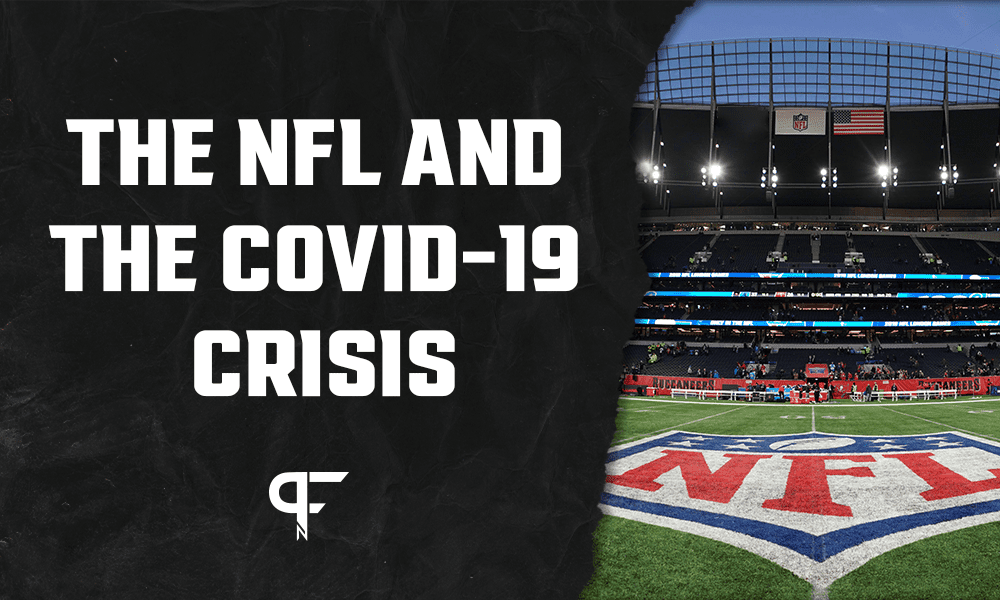 Industry insiders are bracing for more changes to the NFL’s COVID-19 policy after the Centers for Disease Control’s latest recommendation that masks be worn indoors among even the vaccinated in high-risk areas. Head coaches Ron Rivera and Brian Flores discussed in interviews their teams’ approaches in regards to the NFL vaccine.

The Delta variant is on the ascent from coast to coast, and researchers have found that the mutant strain behaves differently than its predecessors.

“This new science is worrisome and unfortunately warrants an update to our recommendations,” CDC Director Dr. Rochelle Walensky said Tuesday. “This is not a decision that we or CDC has made lightly.”

The CDC now suggests that fully vaccinated people wear masks indoors in areas with substantial or high transmission of COVID-19. That would account for much of the NFL. In Florida alone, Miami, Tampa and Jacksonville all have transmission rates of over 50 per 100,000 people, according to the Mayo Clinic.

The league had recently changed its protocol, allowing vaccinated players and staffers to go without a mask indoors and outdoors. But those modifications were made before the latest spike. The NFL did not immediately respond to an email for comment from Pro Football Network Tuesday regarding its COVID-19 policy.

The NFL believes its best defense against the coronavirus is high vaccination rates. And the NFL has created real disincentives for players to refuse the shots — up to and including possible forfeits and loss of paychecks.

Some important context: the NFL runs far ahead of the national average when it comes to vaccinations. Roughly 85 percent of players have had at least one shot, and there are 14 clubs with at least a 90 percent vaccination rate. Still, that didn’t stop Washington Football Team head coach Ron Rivera from calling out those on his team who have not gotten the shot on Tuesday.

“I’m truly frustrated, I’m beyond frustrated,” Rivera said, according to NBCSports Washington. “I’m immune deficient, and with this new variant, who knows.”

“The only thing we can do is educate the players,” Flores said. “Talk to them about [the] pros, cons. Obviously that would be part of that conversation. But at the end of the day, they’ve got to make their decision; and we have to approach each day, whether you’re vaccinated or unvaccinated, in a way that helps us go through out meetings, our walkthroughs, our practice, and get as much out of training camp as we can.”

In a sign of how widespread transmission is right now, 15 NFL players landed on the reserve/COVID-19 list on Tuesday alone.