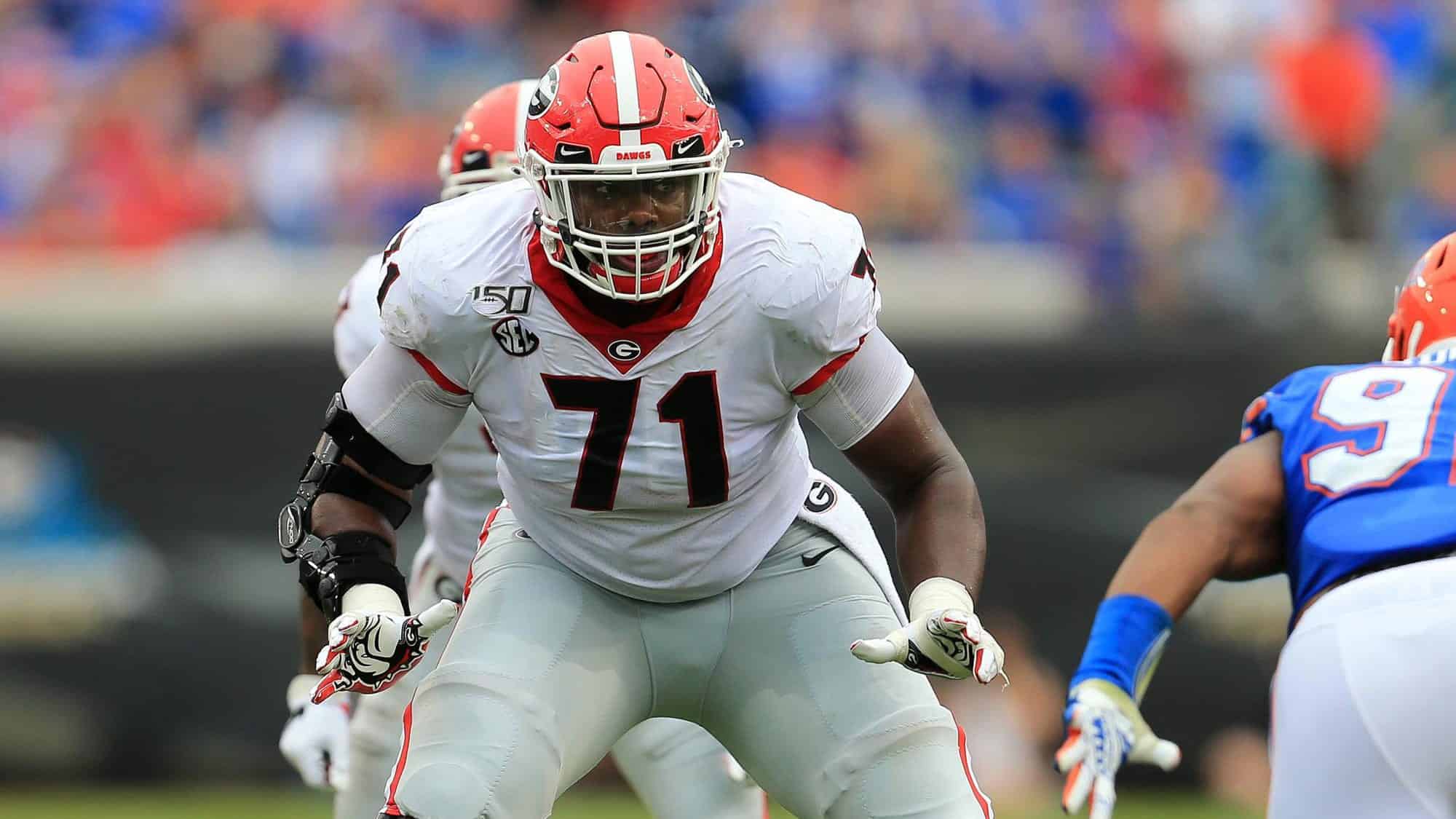 With the fourth overall pick in the 2020 NFL Draft, the New York Giants selected Andrew Thomas, the left tackle from Georgia. All the rumors in the week leading up to the first round suggested that the Giants may take an offensive tackle. Now that we know which one, how will Thomas impact the Giants and their existing left tackle, Nate Solder?

Even after days of smokescreens, when the Giants were on the clock, they had the option to choose from any of the premier tackles in the draft. Although the difference separating the four top tackle prospects was minimal, Thomas was often graded as the fourth-best of the group.

However, Tony Pauline had reported early last week that the Giants could move Solder over to the right side of the line, indicating a move for a natural left tackle like Thomas.

How will Thomas impact the Giants?

Thomas is an immediate impact player for New York. Having played right tackle during his freshman year at Georgia, he switched to left tackle for his sophomore season and has been a feature at the position ever since. He was extremely impressive in his final season as a Bulldog, earning first-team All-American honors for his performances.

He can come straight in and start on the left side of the line. Thomas will help give franchise quarterback Daniel Jones the time he needs to throw, with his release time being one of the slowest in the league during 2019 as per NFL Next Gen Stats.

As much as the focus for upgrading the offensive line is on protecting Jones, the biggest impact Thomas will have will be on the ground game.

The Giants invested their 2018 first-round pick in Saquon Barkley, and Thomas has been exceptional in providing holes for a consistent stream of Georgia running backs. The most recent benefactor was D’Andre Swift, who is one of the top running back prospects in the draft. After running the rock for five yards per carry in his rookie year, Barkley’s production dropped to 4.6 yards per carry in 2019. Although some of that can be attributed to injury, some can also be attributed to the offensive line.

One player, in particular, took the brunt force of the offensive line criticism in 2019.

Thomas signals the beginning of the end for Nate Solder

Solder shouldered a lot of blame for the offensive line woes of the Giants in 2019. As Pauline had reported last week, the first impact Thomas will have will be to see Solder switch to the right side of the line.

However, even that isn’t a move that is set in stone for the former New England Patriot. During a pre-draft press conference, Gettleman had spoken in glowing terms for former UDFA out of Nebraska, Nick Gates.

“I know this sounds crazy but we’ve got faith in Nick Gates. Last year he made a lot of progress and we’re excited about him.”

It’s likely that Gettleman and new head coach Joe Judge, who Solder is familiar with from his time in New England, give Solder the opportunity to show he can return to the form that made him the highest-paid offensive lineman at the start of 2018. However, with the selection of Thomas with the fourth overall pick, the Giants are signaling a potential end of Solder’s career at left tackle in New York.