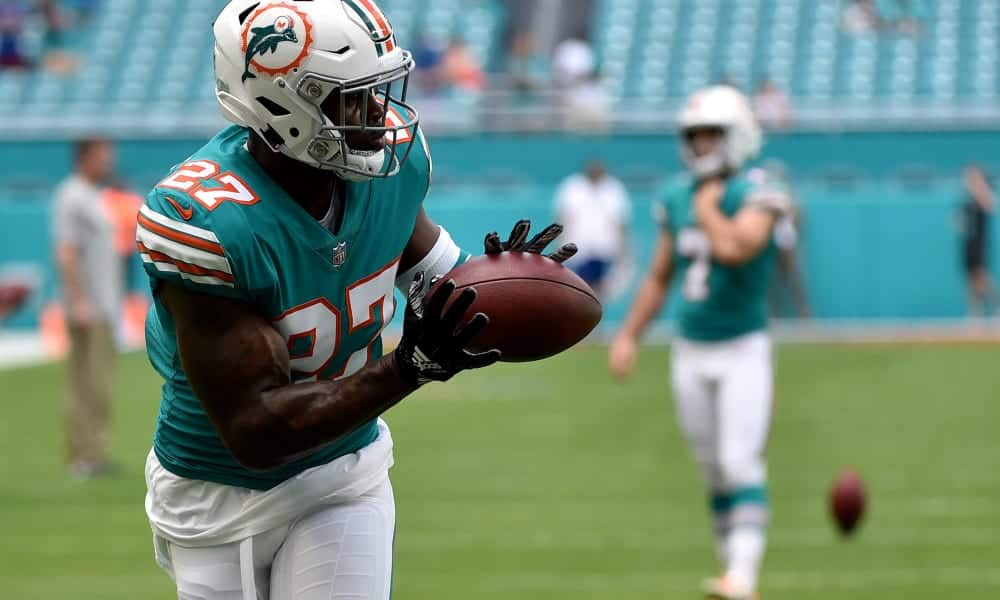 Photo Credit: Steve Mitchell-USA TODAY Sports
What's in this article? Click to show
AFC East running back rankings
Questions from the podcast team
New to the show?
Catch up with our other Podcast hosts in the PFN Network

The AFC East just got a new star running back in Le’Veon Bell. Bell joined the New York Jets this past offseason in a move that seemed predicted from January 2019. The Jets paid for multiple players but made sure to get Bell on the roster. Initially, for the Jets, this seemed like a no brainer. The issue that has recently surfaced is the possibility that head coach and proclaimed offensive guru Adam Gase did not want Bell. Tie this in with his inability to feature a starting running back, and the Jets could be in trouble.

For a team like the Miami Dolphins, their path to AFC East stardom won’t come from the running back position. The Dolphins did not sign Miami native Frank Gore to a new deal which led to him signing in Buffalo. This put the Dolphins with Kenyan Drake on a contract season and a second year back in Kalen Ballage. Both Ballage and Drake will look to be the featured back with Mark Walton attempting to make the 53 man roster. The Dolphins could be in trouble considering the average rushing performances of Drake last season and the potential that Ballage may or may not tap into. The Dolphins will need some exceptional performances to make the AFC East running back competition entertaining.

Did you enjoy the podcast? Make sure to let our hosts Kai’Chien Chisholm & Eric Wiedeke on Twitter: @SamuraiiRadio & @Eric_Cam. While you’re on Twitter make sure also to follow Pro Football Network @PFN365.This will keep you updated with all podcasts and articles from our network. Support our hosts by using the #PFNPodcastCampaign on Twitter.