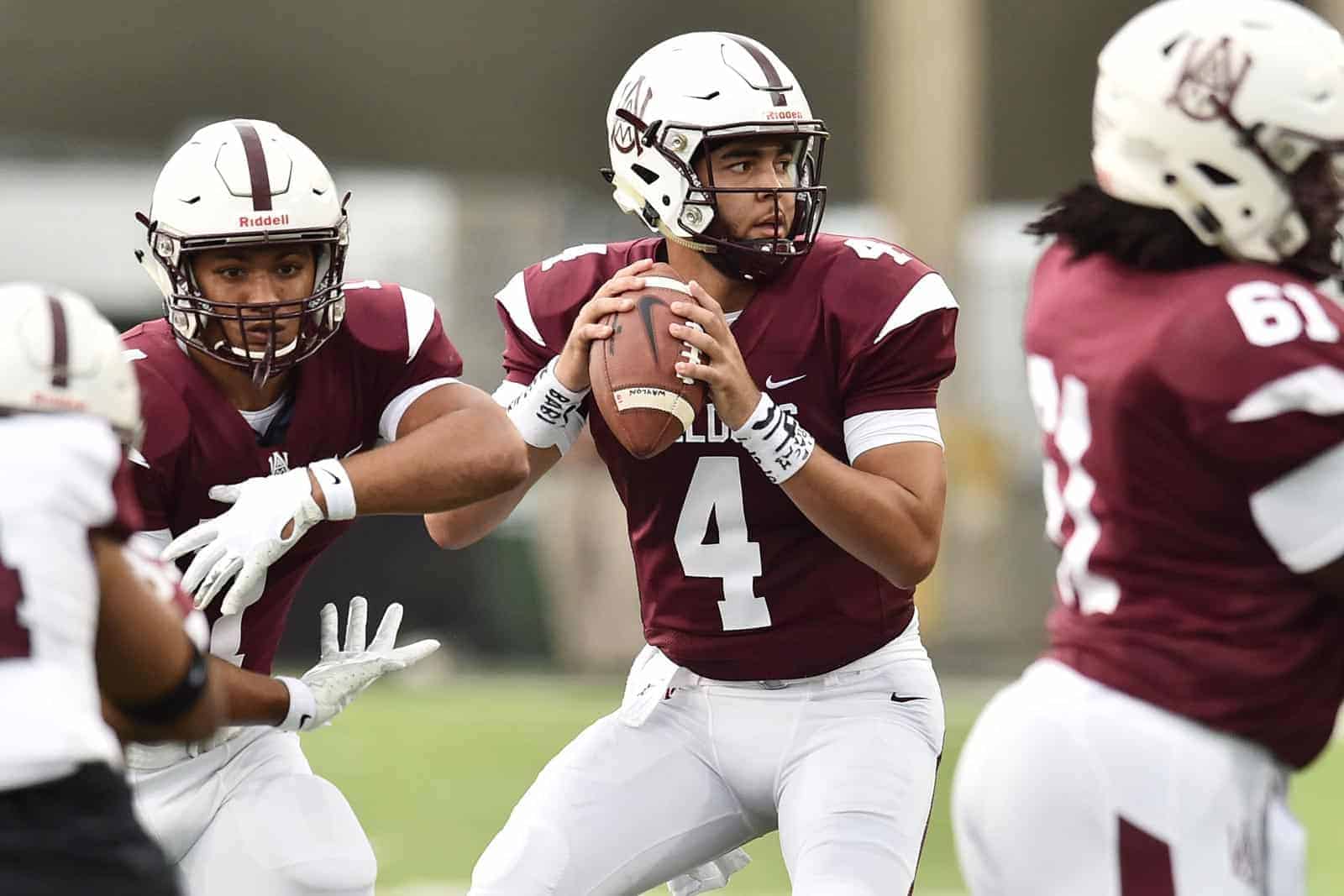 The NFL has a long history of NFL Hall of Famers spanning nearly 100 years. Coming from a number of big-time programs, the top talent in NFL history has hardly come from one place. One of the richest talent pools in NFL history is the Historically Black Colleges and Universities (HBCUs). The 1970s Steelers were built off of the HBCU schools after drafting players like Mel Blount and John Stallworth. Jerry Rice also came from an HBCU school in Mississippi Valley State. For the 2021 NFL Draft HBCU prospects, there are hopes that they too can follow in those legendary footsteps.

I talked about Martin earlier this week and came away thoroughly impressed with his tape. Martin is the best of the HBCU prospects in the 2021 NFL Draft.

Martin combines good burst and impressive lateral quickness with a compact frame that allows him to run hard. That same sturdy frame gives him almost a bowling ball effect as he breaks tackles with ease. The contact balance is there. Martin is a guy that can hit the home run at times due to his impressive burst and contact balance. In addition to good patience, decision-making, and vision, and Martin has good NFL traits as a pure runner.

His real questions come in the receiving game and pass protection, where he is still a work-in-progress at both spots. To shoot his stock even higher, he will need to improve in both of those areas, but this is a guy who has legitimate NFL talent.

Simply put, Glass has a plethora of tools. When you talk about the term gunslinger, Glass fits that bill well. He has an excellent arm at his disposal and can fire some absolute bullets into tight windows. There needs to be a little bit more consistency when putting some touch on the ball, though. He can be a bit of a ‘one-speed’ quarterback and only throw darts.

However, Glass’s natural arm strength is eye-popping. He has the size as well with a 6’5″ frame. Some of the tight-window throws Glass pulls off are spectacular. There are inconsistencies with his accuracy due to issues with a narrow base and rushed footwork. However, he has a sweet, smooth release.

The most underrated trait Glass has is his pocket presence. He manages the pocket well and feels pressure at an NFL level. Glass is a tough quarterback and can stand in there with poise and fire a rocket.

Glass has NFL traits and could be a legitimate NFL prospect by the time the draft rolls around next April.

McCain is outright the best HBCU cornerback prospect since Dominique Rodgers-Cromartie. That might seem like a tall task to live up to, but McCain has all the tools and feistiness to live up to that bar. With a swagger on the field that shows up with his physicality and run support willingness, McCain already has some strong NFL traits that check most boxes.

With quick feet and fluid hips, McCain can flip his hips and keep in stride with even speedy receivers that he faces. He very often mirrors guys using the kick-step technique and rarely ever gets out of phase. McCain looks like a guy that is ready at all times to pounce if the errant pass gets thrown his way.

McCain has legitimate play-making skills and excellent ball skills. The issues and downsides are with his frame and functional strength. McCain has the length, but he is only 175 lbs at this time. That needs to be fixed in an NFL weight training program. His strikes do not have enough pop, and he has some issues making tackles. Still, though, McCain is a formidable defensive back prospect out of the FCS.

Corley was a rare bright spot on the Texas Southern squad that did not win a game in 2019. A former Michigan State receiver, Corley made his mark felt in Lansing during his freshman season but was released due to sexual assault charges. Those character concerns are by far the biggest concern for Corley because the kid has talent.

He was the only wide receiver in the SWAC that averaged over 100 yards receiving per game, and he put on a show. With an ability to high point with the ball with ease and strong hands, Corley is a big, physical receiver. When looking to the NFL, Corley looks like he could fit into the growing trend of big slot receivers where would be size and physicality mismatch for smaller nickel cornerbacks.

Corley has those character concerns, but he has shot in the NFL because of the on-field talent. There is a clear role for him in the NFL as a big target over the middle of the field.

From a school that has produced Javon Hargrave, Darius Leonard, and Alex Taylor in recent years, Perry comes right down the pipeline as another potential NFL prospect from South Carolina State. Perry proved to be a disruptive force with good burst and sledgehammer hands as he racked up 14.5 tackles for loss last season.

Perry’s pad level and pass-rush plan will present issues for NFL teams when scouting him. If he had been more consistent in those areas, Perry would be a far bigger prospect. That is something that could cause him to pop in 2020 if he does improve there. Perry has the natural athletic tools and length to be a guy that causes havoc on the interior.

For a guy with as much upside as Perry has, his senior season will be a massive year for him to prove he is more than just an undrafted free agent with potential tools to become something in the NFL.