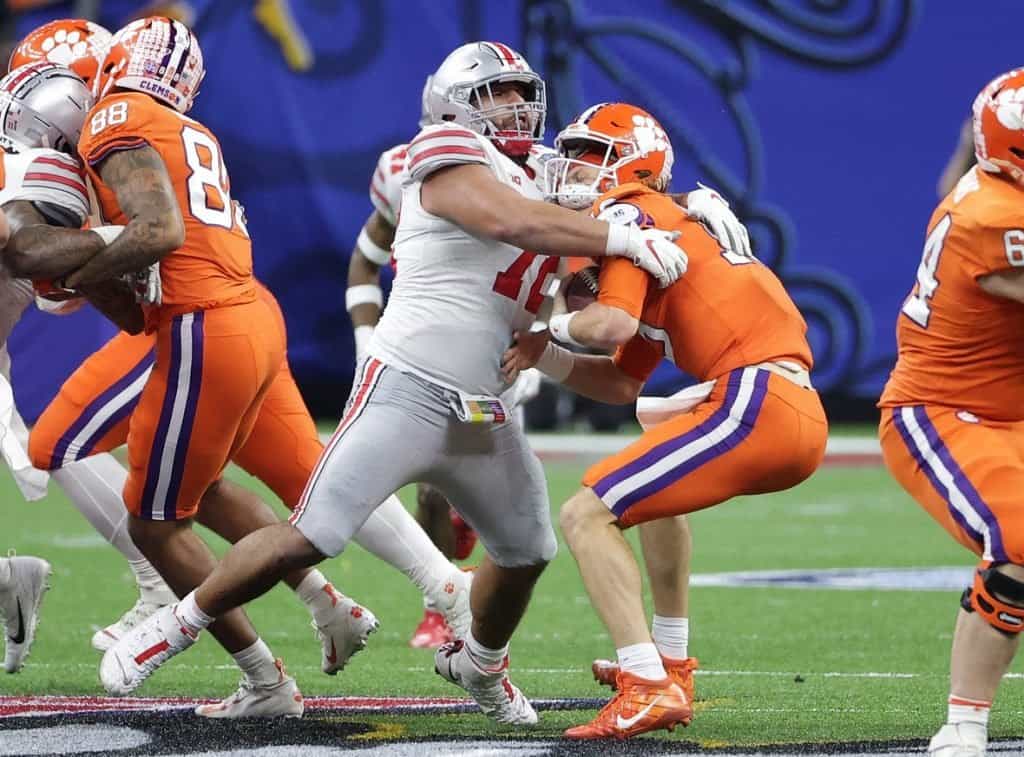 As a result of the trade for Jamal Adams, the Seattle Seahawks don’t enter this 2021 4-Round NFL Mock Draft until late in Round 2. Given their track record of dubious first-round picks, it’s possibly not a bad thing, in all honesty. Creating pass-rush pressure and adding offensive line pieces to protect Russell Wilson will be their main priorities in the draft, but they have little capital to address them.

In a surprising switch-around, the Seahawks land a falling pass rusher rather than reaching for one. Gregory Rousseau was considered the best pass rusher in the class following a 2019 campaign where he finished behind only Chase Young in terms of sack numbers. However, he opted out of the 2020 college football season, meaning he has minimal experience.

His athletic upside had been one of the intriguing elements of him as a prospect. Still, following an uninspiring pro day performance, he could see a significant slide in his draft stock.

Following the trade for Matthew Stafford, the Los Angeles Rams should look to ensure he is well-protected. They could use multiple picks on offensive linemen, with some potential Day 1 starters being available even in the middle rounds. The main priority will be to add a center, with Brian Allen currently the only center listed on their depth chart.

Despite playing guard for Wisconsin-Whitewater, Quinn Meinerz demonstrated at the Senior Bowl that he could line up at center. The small-school prospect with the big frame has been the revelation of this process. Unheard of by most analysts before the season, he has a legitimate chance of being a top-50 selection. An absolute mauler in the middle of the offensive line, he should also prove impactful for the Rams’ ground game.