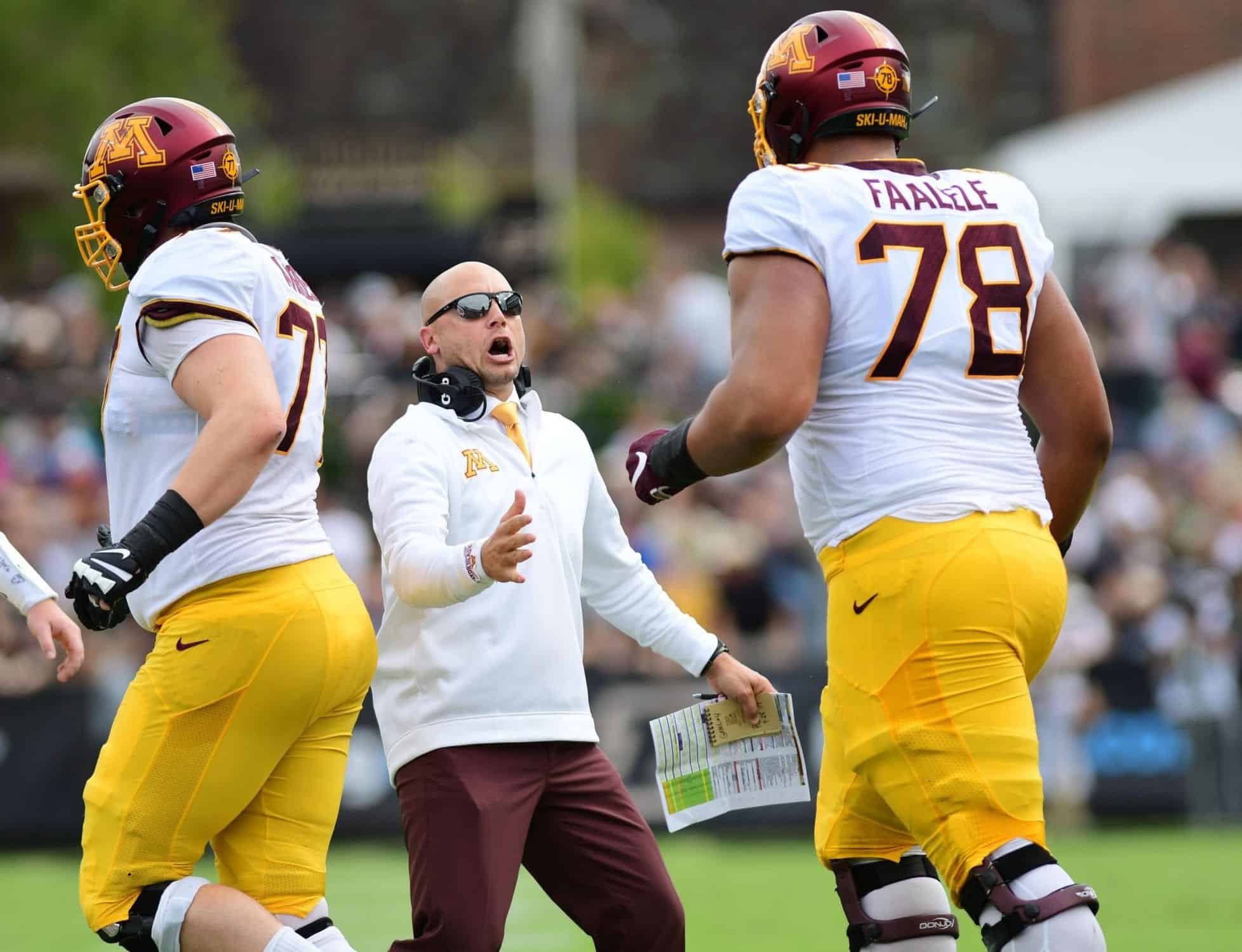 The top of the 2021 offensive tackle class has some stand out names, headlined by Oregon’s Penei Sewell, who many have in the top five of their early 2021 mock drafts.  However, out in the Midwest, in Big Ten country in Minnesota, resides perhaps the most interesting study in this group of tackles due to his sheer size and power. A player that is bringing his rugby background with him to the United States and eventually into the NFL. All the way from Melbourne, Australia, let’s get introduced to Gophers’ offensive tackle Daniel Faalele and take a look at his potential draft stock.

The first thing that stands out when you talk about and read up on Faalele is his listed height and weight. It’s not too often we talk about a player who is listed at 6’9” and a whopping 400 pounds. However, those are Faalele’s measurements on the school’s website. What is even more incredible for his size is his ability to move around.

One good example of his mobility is in the run game. He does a great job of swinging his hips and getting himself between the defender and the ball-carrier. Plus, he can do that in either direction and does not seem to favor one side over the other.

It is difficult not to simply watch in amazement at how well his hips quickly shift over for a player of that size. It is also worth keeping in mind that he did not begin playing football until high school, and instead, has a background in rugby back in Australia.

Sheer power in the run game

If you’re going up against Faalele in the trenches and he gets his hands on you, good luck. Faalele is a force, and to go along with his hips, he has strong arms. Once he locks his hands around you, it’s just about game over for the defender. Thanks to his strength, Faalele has complete control over his opponent. From there, he is able to drive the defender just about wherever he wants to. I simply cannot recall the last time I’ve seen a prospect with this much power.

The video below is a good example of Faalele showing power on this outside zone play, washing Shane Simmons right out of the play.

When he is not doing the blocking, he gets to have some fun. During one of their 2019 spring practices, the big man rumbled in from five yards out for a touchdown. Perhaps the next William “Refrigerator” Perry?

How does Faalele’s size affect him in the passing game?

While his strength is quite apparent in the running game, and his size gives him a decided edge in that particular element, it can limit him when the Gophers throw the football. If he is up against a rusher that relies on power and bull-rushing, Faalele can easily win that battle. He just uses the same strength and power that wins him reps in the running game.

Unfortunately, his build does make him fairly susceptible to speed rushers and those that can counter or use advanced moves. Take the Penn State game from above for example. There were a few occasions from players such as Cam Brown and Jayson Oweh, where they were able to use their own hands to knock away Faalele’s and then use their speed on the edge to easily get around him, putting pressure on quarterback Tanner Morgan.

That’s probably the biggest flaw in Faalele’s game entering this season, his ability to take on those speed edge rushers. Now you may think that’s why he is slotted on the right side for Minnesota, but he did play eight games at left tackle for the Gophers in 2018 as well. At this point, it looks most likely that he is a right tackle at the next level. However, if he can build up his speed in pass protection, then we could be looking at a truly unique draft prospect for next April.

Overall, I really like what I’ve seen from Faalele. He’s big, but by no means is he slow. You can tell he did his homework learning the game in high school and has built it ever since then. His rugby background definitely shows up on film with his power, and he can turn any play into a scrum.

The top guys have their own story and interesting path to follow, but among the options at this position, there might not be a more fascinating study than that of Faalele. How will teams view him with his size? History has certainly been up and down with former rugby players, most recently with the Eagles and their work with Jordan Mailata.

The advantage Faalele has over Mailata is that he already knows the tackle position, whereas Mailata was pretty much starting from scratch when he came into the NFL. Faalele does have about 50 pounds on Mailata but makes up for it with his movement. Where teams value him is going to be such an interesting story to follow this season.

Additionally, there is still debate about whether he will even come out for the 2021 NFL Draft. He is only going to be a junior, so there is no guarantee he forgoes that final year of eligibility. If he does, then his pre-draft process will definitely be something to keep an eye on.