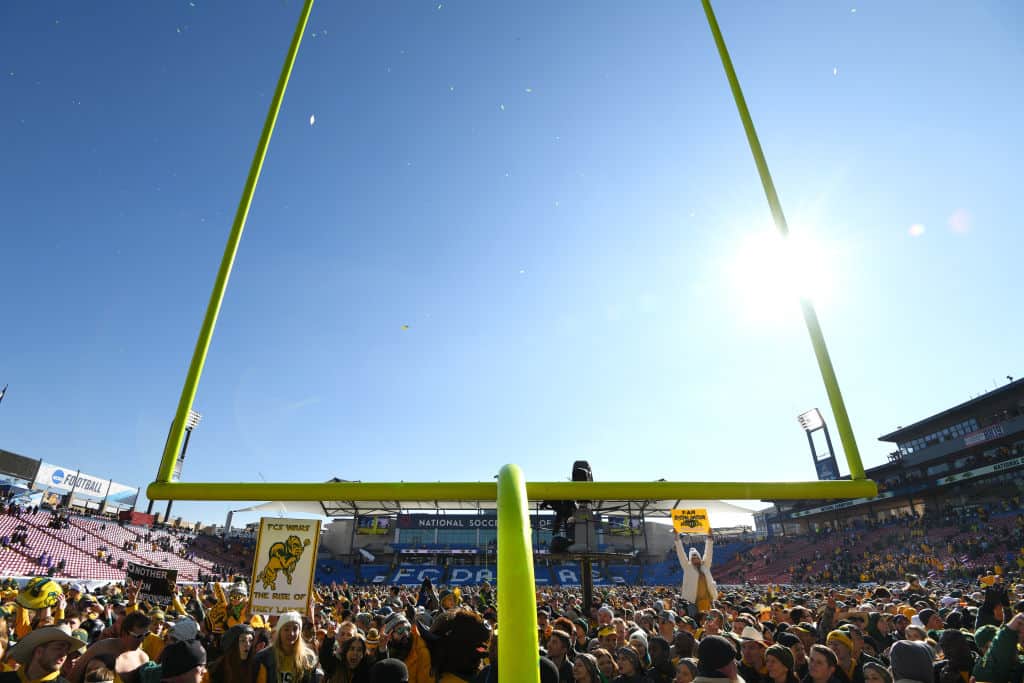 After an enthralling overtime football feast between McNeese State and Tarleton State last Saturday, the 2021 FCS season officially kicks off this weekend. With more disruption in the FCS season than the FBS, we’ve got you covered with how the season will play out, who is and isn’t playing, and all the fixtures across the 2021 FCS Season Kickoff weekend.

How will the 2021 FCS spring schedule play out?

Due to the ongoing global situation, the FCS decided to shift their regular season to the spring. As such, the FCS will essentially play two 2021 seasons — a spring season and then, hopefully, the typical fall season.

However, this has already had its consequences. Some FCS teams have already played during the regular fall season. Yet, they have been assured that those results will still count towards the 2021 FCS spring season.

So, how exactly will the 2021 FCS spring season work? The major difference between the normal fall season and this adapted FCS spring season is the composition of the playoff structure. Unlike the FBS, the FCS season usually culminates in a 24-team playoff to decide the national champion. For this spring season, the playoff has been restricted to just 16 teams.

How will they determine the 16 playoff teams?

Firstly, 10 conference champions will be guaranteed a place in the playoffs. Those conferences that will send their champion to the 2021 FCS Playoffs are listed below:

The remaining six places are “at large”. The NCAA has mandated that to be considered for an at large bid, teams must have played a minimum of four games in the 2021 FCS season. Once again, those can include any FCS team that played during the fall.

A number of factors will decide how the final six is comprised, with FCS committee chair Kyle Moats commenting back in November that “quality wins” would be one of the considerations.

Moats also commented on the size of the task facing the FCS committee in deciding which teams will be involved in the 2021 FCS Playoffs this season.

“It’s going to be really difficult to determine because with the unlevel playing field in terms of games being played, we’re going to have to look at the teams completely with all the criteria that we do have.”

When will the 2021 FCS Playoffs commence this season?

All conferences must have played their final regular season game no later than April 17th. This represents a huge task, with some conferences — like the Patriot League and Big South — not starting until March 13th. Although they are set to play the minimum four-game slate, it leaves no room for error. The Big Sky, for example, will start earlier but have scheduled open weeks in case of the need to reschedule any postponed fixtures.

With all games concluded by the 17th, the 16-team bracket for the 2021 season’s FCS Playoffs will be revealed on April 18th. The following four weekends will see the four rounds of games before the 2021 FCS National Championship on Saturday, May 15th.

As it has since 2010, Toyota Stadium in Frisco, Texas will host the 2021 FCS National Championship.

Want more NFL and college football news? Want to do your own mock draft?