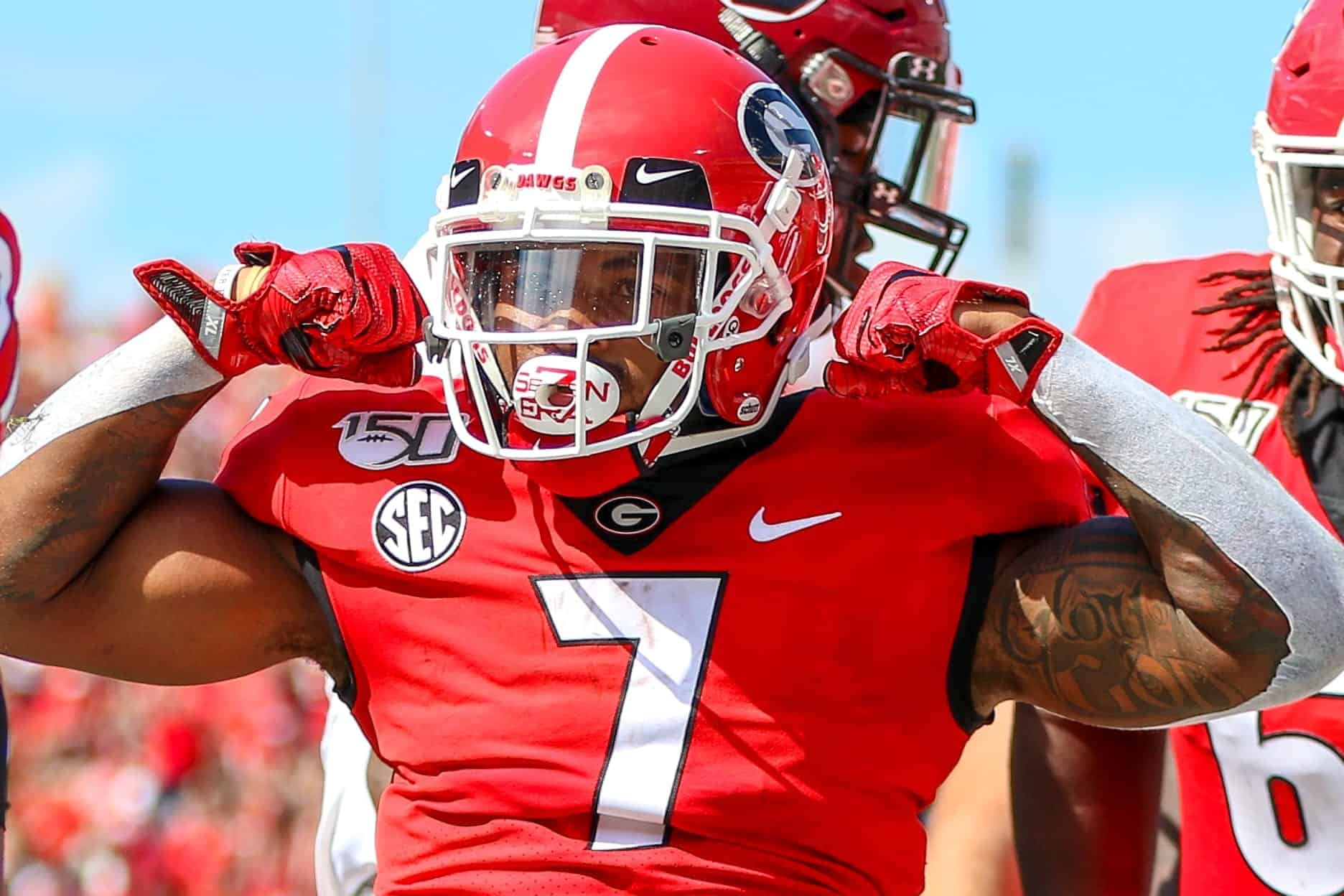 First and foremost, happy draft day to everyone! There have been few sporting events that I can remember looking forward to more, and I’m sure the NFL will put on an exciting event despite the draft moving to a virtual platform. While players will no longer be taking a boat over the Bellagio fountains to the draft stage, I expect the draft to be filled with all the drama and excitement of drafts past.

This year’s draft will be extra compelling because of the many props I personally and our team at PFN bets have placed. I put the three additional prop bets below today, completing my final full draft prop slate.

Despite retaining perennial Pro Bowl quarterback Russell Wilson, the Seattle Seahawks have been unable to return to the Super Bowl since 2015. No one from the “legion of boom” remains on the roster, and the defense has really struggled to return to its former glory, ranking 22nd in points against last season. Couple this with salary cap issues and you realize that Seattle may have significant issues on defense if they are not able to plug some holes with cheap talent in this year’s draft.

The Seahawks defensive outlook is especially grim at defensive end following the departure of Jadaveon Clowney in free agency. Adding Bruce Irvin should help, but Seattle should be looking for more players to bolster the lack of depth at this position. They will also likely have to address it early, as elite pass rushers do not remain on the draft board for long. PFN Draft Insider Ben Allbright’s mock draft from yesterday has the Seahawks drafting Yetur Gross-Matos in the first round, a pick that I believe would be an excellent fit there.

The second most likely scenario is that the Seahawks continue to improve the defense, but this time in the form of a defensive back. While I don’t believe the safeties in this year’s draft are first-round level prospects, maybe the Seahawks reach for their guy. There is also a solid chance that they draft one of the many corners in this year’s draft to challenge Shaquill Griffin and Tre Flowers. Pro Football Network Draft insider Tony Pauline’s final mock draft has the Seahawks drafting CB Jaylon Johnson from Utah in this spot, and I also think he will make an excellent fit here.

For these reasons, I am taking the Seahawks to draft a defensive player even as a favorite at -167. Sure, the Seahawks could also use help along the offensive line and add depth at running back, but look for them to look to draft those positions later in the draft and instead focus on these premium positions on the defensive side of the ball first.

I have had my eye on this number for a long time, as I don’t believe there is a single safety that presents the extraordinary talent and ceiling that is necessary to be drafted in the 1st round, much less two. In the last five drafts, only eight safeties have gone in the first round, and this includes exceptional talents like Jamal Adams, Malik Hooker, Derwin James, Minkah Fitzpatrick, and Terrell Edmunds.

The candidates to go in the first round are Xavier McKinney, Grant Delpit, and Antoine Winfield.  I don’t believe any of these prospects display the athletic upside nor the skill sets of these recently drafted safeties and would be very surprised if two of these players went off the board Thursday night.

What led me to pull the trigger on this bet was PFN’s Draft insider Tony Pauline’s final mock draft that was posted yesterday. This mock didn’t have a safety go off the board until the Bears drafted Grant Delpit at pick 50! If Tony is right, we will win this bet at under .5 safeties drafted, so we will gladly take the extra cushion at u1.5.

NFL general managers have not made the safety position a priority in recent drafts, evidenced by the 2019 draft only having two safeties selected in the first three rounds and none in the first. There is simply too much demand at more premier positions for teams to draft safeties that are not generational talents in the first round. Take under 1.5 safeties in the first round.

The Georgia Bulldogs have established themselves as a College Football powerhouse, so naturally, they send elite-level talent to the NFL every year. The Bulldogs have had four 1st round picks in the last two years, and three Bulldogs in the 2020 draft will be looking to add to that number.

First, Andrew Thomas is a near-lock to go in the first round with an o/u draft position set at 10.5. While I previously wrote that I like the value at plus money that he goes over 10.5, he still has a 20 pick cushion to fall out of the first round. I don’t see that happening, so we are counting him as 1.

Therefore, we just need one additional Bulldog to get drafted to win this bet, and we have two legitimate candidates. Isaiah Wilson has been rocketing up draft boards late, emerging as potentially top right tackle prospect. PFN draft experts Benjamin Allbright and Tony Pauline have him going in the first round in their most recent drafts, and I feel reasonably confident that the mauler goes in the late first round as well.

Remember, we only need one of the two to get drafted in the first, and with both being mocked in the first round, I will take my chances that both Bulldogs don’t slip late here. Over is the play.

Follow @DHaynesPFN for my full slate of draft props, and follow @PFNBets for up to the minute analysis and picks from our entire team.