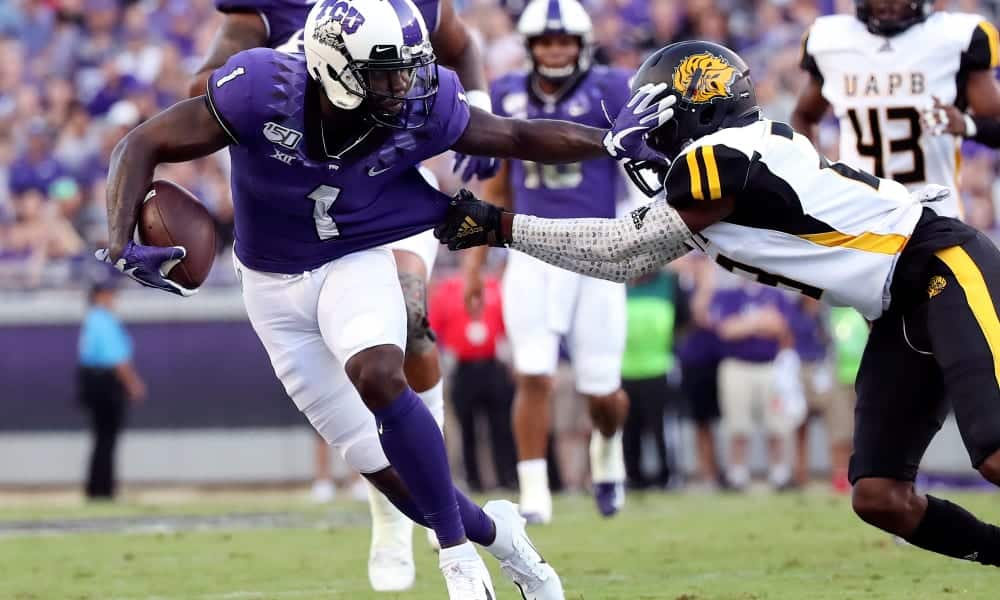 The 2020 NFL Draft has been a grind. Three days, 255 selections. Truly a dream come true for hundreds of men across the country, along with their families. This year may have been a bit outside the norm, but it didn’t make the event any less special. With the 2020 NFL Draft coming to a close, it’s on to the NFL’s “dead period.” But before we get there, we have NFL Draft grades to dish out. First up, the Philadelphia Eagles.

The 2019 season didn’t go the way the Eagles would have hoped for, and naturally, they entered the 2020 NFL Draft with some glaring needs. Carson Wentz put up solid numbers in the Philly offense in 2019; numbers that are all the more impressive when you factor in the Eagles lacked a single wide receiver to top 500 yards. Of course, that doesn’t factor in their two highly-talented tight ends, but it shone a light on their biggest weakness: wide receiver.

They also came into the draft looking to beef up their depth along the offensive line. Linebacker and defensive back were also weak spots that needed to be addressed. So how did the Philadelphia Eagles do addressing these key needs?

Who did the Philadelphia Eagles draft?

Everyone knew the Eagles’ most significant need on the team heading into the 2020 NFL Draft was at wide receiver. Even the casual fan could tell you that. Sure enough, the Eagles’ front office wasted no time addressing it. With their first pick, they landed one of the top receivers in the class, TCU’s Jalen Reagor.

Reagor comes from a football family. His dad, Montae Reagor, spent nine seasons in the NFL, winning one Super Bowl along the way. Reagor should also be a familiar name to Eagles’ fans as the elder spent his final season with the team. The junior Reagor brings an element of speed to the Eagles receiver corps they’ve been sorely lacking. DeSean Jackson was supposed to bring that element but has struggled to stay healthy.

In Reagor, the Eagles are getting a deep threat that defenses will have to respect down the field. That, in turn, will open things up underneath even more for those premier tight ends. Reagor should open up the Eagles offense and give them a valid number one threat again.

Wide receiver was the most pressing issue around quarterback Carson Wentz, but it wasn’t the only one. The Eagles also needed to worry about protecting their franchise quarterback. Wentz has had a less-than-stellar injury history, and the Eagles lost two key players along the offensive line. Neither one was replaced in free agency, so their hand was forced in the draft.

Day 3 of the NFL Draft is always about finding value- finding a guy who slipped through the cracks and can become a contributor to your team. A guy who, with some development, could become a lynchpin in your future plans. The Eagles got just that when they selected Auburn offensive tackle Prince Tega Wanogho in the sixth round of the 2020 NFL Draft.

Wanogho, a legitimate prince in his home country of Nigeria, isn’t just the best value pick for the Eagles — he’s one of the best value picks in the entire NFL Draft. Wanogho was the 69th player on PFN Chief NFL Draft Analyst and Insider Tony Pauline’s big board. Simply put, that is insane value at such a late stage of the draft.

The Eagles made arguably the best value pick with Prince Tega Wanogho in the sixth round. They also made one of the most puzzling picks in the NFL Draft, taking former Oklahoma and Alabama quarterback Jalen Hurts in the second round.

The issue isn’t whether or not Hurts deserved to be selected as high as he was. Hurts put in the work after his transfer to Oklahoma and looked like a completely different prospect from his time at Alabama. He transformed his game and is to be commended for that. The issue with this pick is the need. Was taking a backup quarterback in the second round really worth more than addressing needs along the offensive line or the linebacker corps?

For as much as Howie Roseman and the front office deserve praise for the Wanogho pick, it’s fair to dish out some criticism over the Hurts pick. To their credit, Wentz has struggled at times to stay on the field, and they did need a backup. Previous backup Josh McCown retired in the offseason, leaving a vacancy.

Taking a quarterback this high, even with that vacancy, is questionable. With the skill set Hurts possesses, I have to think there’s a larger plan here. Perhaps a plan to use him in a way similar to what the Saints do with Taysom Hill. It’s the only way I can rationalize this selection.

The Eagles had a need at the wide receiver spot coming into the 2020 NFL Draft. They addressed that need early with Jalen Reagor, but they weren’t done. On Day 3, they went to the wide receiver well again. This time they added former Southern Mississippi speedster Quez Watkins with their second of three selections in the sixth round. Philadelphia wanted to threaten teams downfield, and they’ve added the tools to do it.

Watkins, like most late Day 3 selections, is going to need a few years to develop. He also didn’t always play up to his 40-yard dash speed. But if the newest Eagles receiver can put everything together, he can give the team a much-needed tertiary option to their group. Watkins is not likely to be more than a third option, but with the dearth of current Eagles WRs, it’s still an upgrade.

The Eagles deserve a decent grade for this draft. They came into the draft knowing what their needs were, and they addressed them well. Some people may not have been happy with the team waiting until the third day to reach back into the wide receiver group, however, when you factor in the draft-day trade with the San Francisco 49ers for Marquise Goodwin, that becomes a non-issue.

The only real problem with the Eagles draft — if you can call it a problem — is the Hurts selection. All-in-all, the 2020 NFL Draft was a very solid showing from Roseman and the Eagles. This draft gets a B+ grade. Wentz and Eagles fans everywhere should be excited for 2021.

Chris Spooner is an NFL Draft contributor for PFN. You can follow him and PFN on Twitter @CSpoonerPFN and @PFN365.