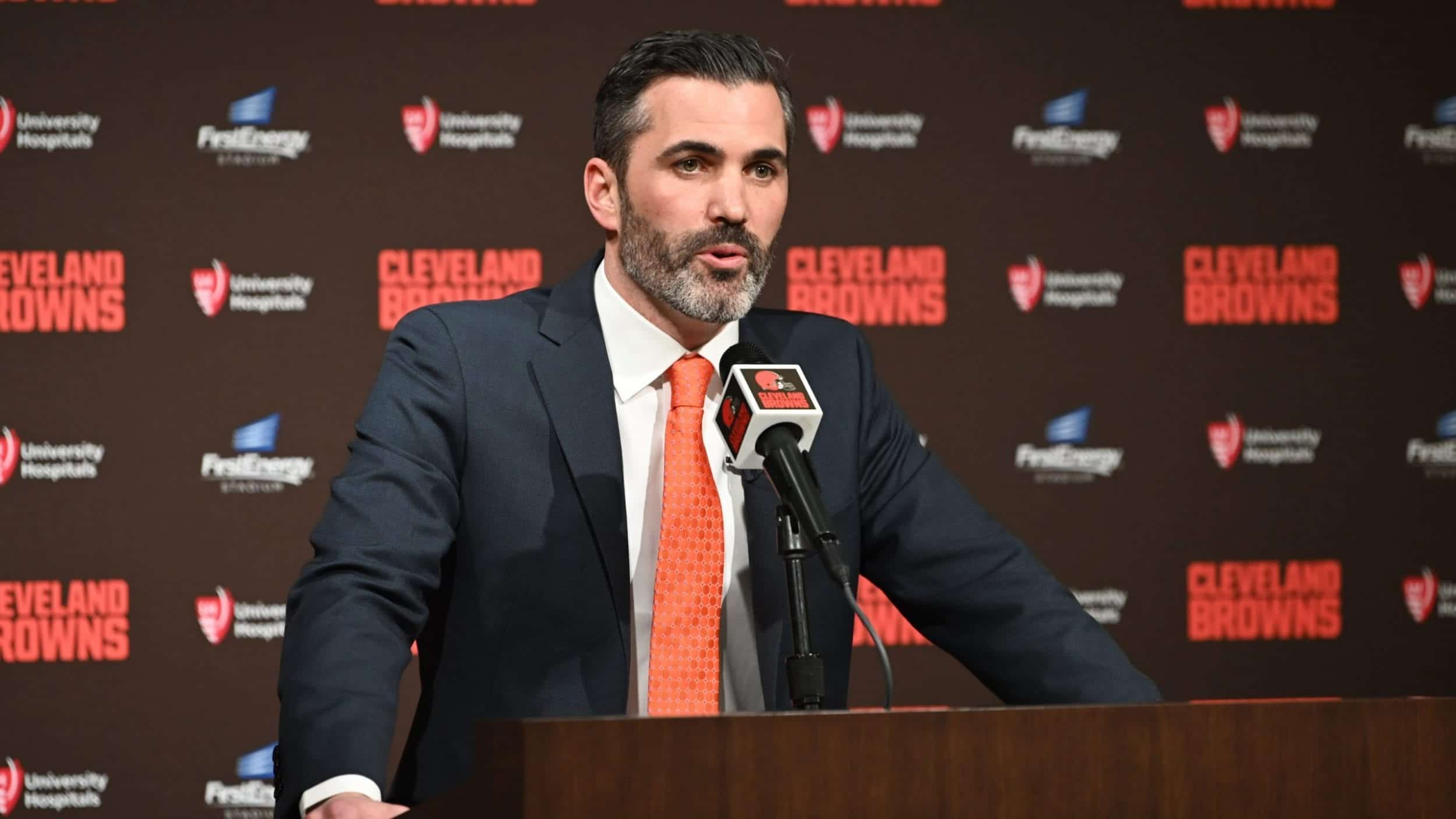 The 2020 NFL season presents some intriguing options for the Coach of the Year betting market. After John Harbaugh took the award last season, the potential pool of candidates for this season is vast. Historically, making the playoffs has been crucial for winning the Coach of the Year award, and the addition of two extra playoff spots in each conference in 2020 increases the chances for some of the outside candidates to take home the award. In this article, our team of handicappers select their value plays for Coach of the Year in the 2020 NFL season.

Check out our handicapper’s analysis of 2020 NFL team totals and their plays when it comes to the MVP award.

Coach of the Year value bets

There is no way to sugar coat it, 2019 was a massive disappointment for the Cleveland Browns. Before the season started, many had them as outside bets for the Super Bowl, but that is not how things turned out. Baker Mayfield imploded in the first game of the season against the Titans, and frankly, the team never really recovered.

During the season, there were apparent problems on the sideline and behind the scenes, which resulted in the removal of Freddie Kitchens as head coach. In his place, the Browns hired Stefanski, who comes from an organization of relative structure and calm in the Mike Zimmer-led Minnesota Vikings. If Stefanski gets this locker room under control, then the talent is undoubtedly there for the Browns to bounce back. 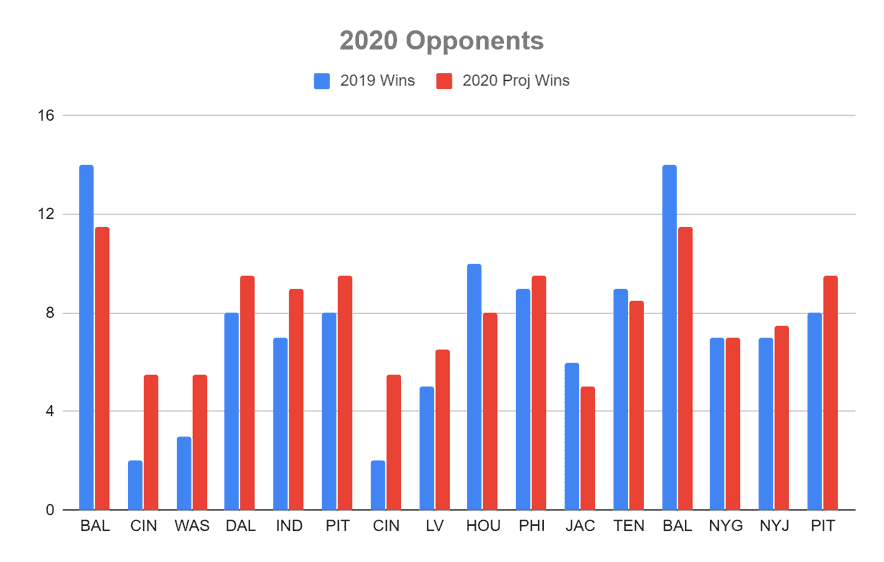 Given the carnage on the sidelines and in the organization, just making the playoffs could be enough to earn Stefanski serious consideration for Coach of the Year, and at +2000, that potential is worth a small wager. The biggest potential problem is that generally, rookie head coaches do not have the best records when it comes to making the playoffs. Then again, we did see what a rookie head coach could do with a talented roster when Matt LaFleur took the Packers to a 13-3 record in 2019. 13-3 may be beyond Stefanski, but 10-6 with a spot in the playoffs certainly is not, and that may well be enough.

McCarthy’s suffered an ignominious end to a very successful tenure in Green Bay, becoming only the second Super Bowl-winning coach (joining the Baltimore Colts’ Don McCafferty in 1972) to be fired during the season in December 2018.

After a season off, McCarthy walks into a great situation. Despite finishing 8-8 last season, the Dallas Cowboys are more loaded than General Santa Anna when the Mexican Army stormed the Alamo. They boast one of the most talented offenses in the NFL, the best all-around talent that McCarthy’s ever worked with.

If the defense is middle of the pack, you are looking at a team that will win 11-13 games and has a chance at home-field advantage in the NFC playoffs.

When examining the odds for the 2020 NFL coach of the year, you probably want to start by identifying a coach whose team you project to make the playoffs. The last time a coach won the award for a season in which their team didn’t qualify for the postseason was 30 years ago when Jimmy Johnson won the award in Dallas after improving to 7-9 off a 1-15 1989 season.

I sense there might be some similarities between a rebuilding Jimmy Johnson and the current status of Miami Dolphins head coach Brian Flores. Last year, Flores’ Dolphins were expected to struggle to win more than a game or two during the “Tank for Tua” season. Instead, the Dolphins proved formidable down the stretch going 5-2 in the final seven games, including a stunning upset on the road in New England in Week 17 that cost the Patriots a postseason bye.

This year most pundits have the improving Dolphins pegged at around six or seven wins, but if the season plays out anything like last year, Flores might guide the Dolphins to a winning record at the least in a wide-open AFC East. In fact, I envision two separate scenarios where Flores might capture Coach of the Year this season. In one, Ryan Fitzpatrick continues his magical play from 2019 and guides an improved roster into the final Wild Card slot. The second scenario involves Tua Tagovailoa replacing Fitzpatrick midway through the season and showing enough promise that the 8-8 Dolphins become everyone’s betting favorite in 2021.

One other thing that could play into your advantage as a Brian Flores Coach of the Year bettor is the ongoing attempts at diversifying the coaching ranks. Flores is currently one of the few head coaches of color in this league, and that added attention could bode well for his Coach of the Year status if the Dolphins show improvement in his second year at the helm in Miami. At 24-1 on FanDuel, I strongly endorse Brian Flores as a value play in 2020.

The Arizona Cardinals head into the 2020 season with an enormous amount of hype surrounding them. After making a trade with the Houston Texans to acquire arguably the best wide receiver in the NFL, DeAndre Hopkins, media pundits, and NFL fans have flocked to crown them the most improved team of the offseason. The question now becomes, if they are so much better, does that mean we should be looking at Kliff Kingsbury to win NFL’s Coach of the Year?

It is hard to argue against what the Cardinals have been able to accomplish this offseason. Not only have they paired Hopkins with sophomore quarterback Kyler Murray, but they used the 2020 NFL Draft to bolster the rest of their roster. The addition of linebacker Isaiah Simmons in the first round was heralded as one of the best selections of the draft and should immediately help a defense that was ranked 28th in points against last year. They also added offensive line help in the second round with Josh Jones, who will be a day one impact player helping protect Murray.

With Kenyan Drake in the backfield and a plethora of weapons at their disposal, the offense is the main reason everyone is so excited for the Cardinals. When Kingsbury selected Murray first overall in 2019 and decided to trade Josh Rosen, he made it clear he wanted to get “his guy.” Now, he can prove to everyone why Murray was so high on his board.

Even though the Cardinals were only 5-10-1 last year, there were signs of hope from Murray. He finished the season with impressive numbers and was able to win the Offensive Rookie of the Year award. Now, with everyone expecting a big step up in year two, especially with Hopkins at his disposal, Murray can continue the trend of significant improvements by sophomore quarterbacks.

Kingsbury currently sits at +1600 to bring home Coach of the Year. He is behind only Bill Belichick, Mike McCarthy, and John Harbaugh. For him to take home the trophy, the team will need to be significantly better than in 2019. The reality is, the Cardinals would need to find a way to make the playoffs. The last coach to win the award who didn’t make the playoffs was Jimmy Johnson in 1990 when he led his Dallas Cowboys to a 7-9 record.

If the bar is set at having to make the playoffs, the Cardinals will need to not only surpass their win total of 7 set by Vegas bookmakers but also run through what CBS Sports ranks as the eighth toughest schedule in the NFL. Their most significant tests will be within their own division, having to play the 49ers, Seahawks, and Rams each twice. They also have to face the Eagles, Cowboys, and the Bills, all three of which will be challenging for their division titles.

At the end of the day, it will not be an easy task for Kingsbury. If he wants to win this award, he will need to limit the mistakes he made in his first year, see a vast improvement in his defense, find a way to make the playoffs, and hope that his offense is as explosive as we all expect. I can see a world where all of those things happen, so getting this number of +1600 seems like value to me. With question marks surrounding the options above him (except Harbaugh), Kingsbury is my bet for Coach of the year.

You can find more analysis and live plays from our team of handicappers on twitter @PFNBets.