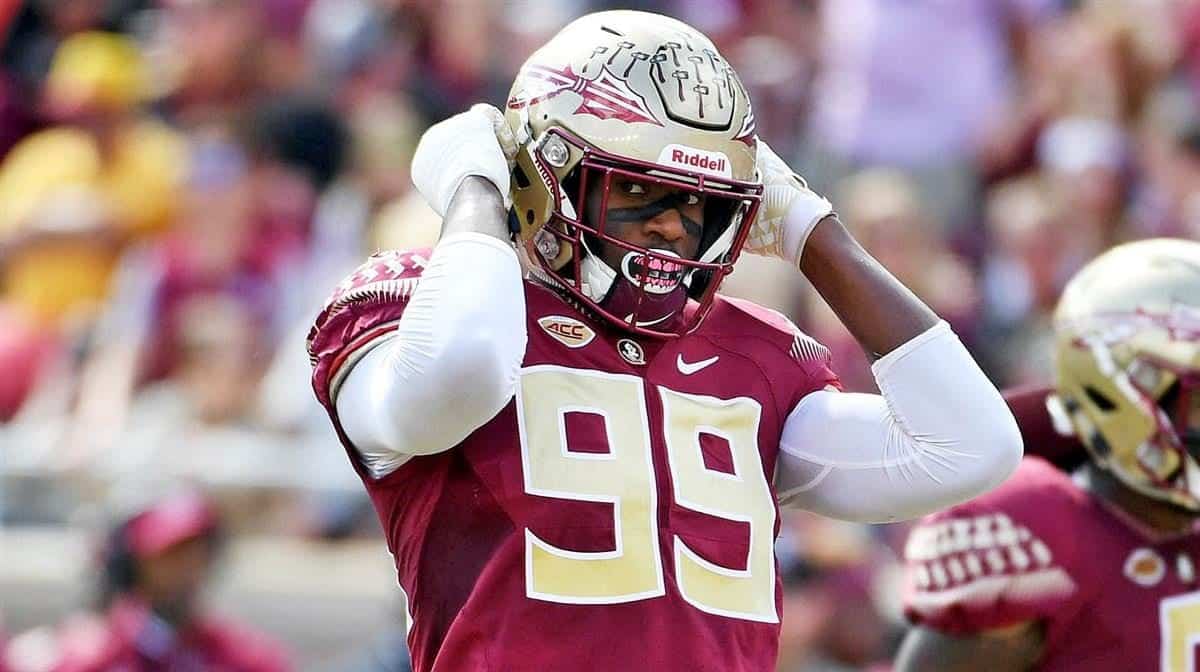 With ten picks in the 2019 NFL Draft, the Green Bay Packers have the draft capital to fill critical holes and add needed depth to the roster.

Green Bay Packers GM Brian Gutekunst deserves a tip of the cap for his free agency acquisitions. Safety Adrian Amos, linebacker Za’Darius Smith, pass rusher Preston Smith and guard Billy Turner all fill significant needs for the Packers and will make an immediate impact in the starting lineup. Green Bay now has flexibility in the 2019 NFL Draft to bolster the roster for first-year coach Matt LaFleur.

While it is unlikely the team will hold on to all 10 of its picks, this mock draft was created as the draft stands right now. All picks are from The Draft Network’s Mock Draft Machine.

While the Packers have already signed two very productive pass rushers in Preston Smith and Za’Darius Smith, Burns is still a great fit. Teams can never have enough pass rushers, and Burns has incredible versatility to help the defense in many ways.

His biggest weakness is his size. He is listed at 231 lbs, which is alarming for his position. He plays much stronger than he is listed, however. His high football IQ also makes up for his lack of size.

Jimmy Graham is back for his second year with the Packers, and Marcedes Lewis was re-signed to a 1-year deal. In the short-term, that is fine. But both players are on the back-end of their careers. Green Bay could show interest in Fant’s teammate, T.J. Hockenson, with the 12th pick. But I think that would be foolish when they can draft Fant at 30.

Fant’s blend of size and athleticism fits the mold of a dominant modern-day tight end. His polished route running and great hands have even prompted some teams to look at converting him to receiver.

He reminds me a lot of George Kittle in his surprising ability to generate a ton of yards after the catch despite his size. Packers fans will remember Jermichael Finley and the production he was able to have early in Aaron Rodgers’ career. Fant is Jermichael Finley on steroids.

Abram would be a terrific complement to newly-signed safety Adrian Amos. Amos made a living with the Chicago Bears as the anchor of the secondary. That allowed teammate Eddie Jackson to fly around and make aggressive plays.

Abram could serve a similar role for the Packers. He is by far the most aggressive safety in this draft class, and teams love his combination of size and athleticism.

His aggressive nature does tend to get him into trouble quite a bit, however. But if that aggression can be harnessed, he has Kam Chancellor level talent.

Packers fans will love to see Michael Deiter stay in the state of Wisconsin. He is one of the most experienced linemen in the draft and has an incredibly high football IQ. The thing to love most about him, however, is his impressive athleticism. With Matt LaFleur calling the shots in Green Bay, I anticipate a much larger workload for running back Aaron Jones.

Jones has a similar skillset to guys like Alvin Kamara and Christian McCaffrey. Having athletic tackles who get out in space is imperative to take advantage of Jones’ dynamic abilities. Deiter fits that bill tenfold.

I had the pleasure of watching Wren all season long at ASU, and he is an absolute freak. While his technique leaves a lot to be desired, his physical tools leave his potential limitless. At 6-foot-4 and 295 lbs, he is a very versatile run defender and could be a disruptive interior pass rusher.

I cannot gush more about Justice Hill. I think he is a perfect fit for Green Bay, as I have written previously

Outside of Davante Adams, there are some questions around the rest of the Packers receiving corp. While the team already added Noah Fant and Justice Hill in this mock draft, they need to surround Aaron Rodgers with more weapons.

Sills is one of the best vertical threats in this draft class and provides massive value in the fifth round. Pairing him with the arm talent of Aaron Rodgers could yield enormous production.

The biggest knock on Sills is his lack of versatility. Outside of his deep threat ability, his route tree was very limited at West Virginia. Some scouts also have concerns about his frame.

He has a long way to go in becoming a polished receiver, but the value in the fifth round is too good to pass up.

Back to back receivers for Green Bay towards the end of the draft. Renfrow is a classic example of a receiver who finds production off of hard work and consistency rather than dominant athleticism. Despite playing at a school that has produced excellent NFL receivers, Renfrow was always the team’s most reliable option despite his size and skillset.

With Randall Cobb likely gone, Green Bay has a hole to fill at the slot receiver position. He might not see on-field production right away, but long-term Renfrow could turn into a nice security blanket for the Packers offense.

Linebacker is a need for Green Bay, and I’ll admit I don’t love that this mock draft hasn’t slated one to them until now. I just haven’t seen the value at each pick that I have in other positions.

By round 6, most teams are just throwing darts at a board and hoping one lands. Joseph is a great prospect to waste a dart on.

He played on one of the nations best defenses for the past three seasons and was very productive. He finished his career with 306 tackles, 23.5 tackles for loss, and 8.0 sack. Scouts are concerned that his body may not be big enough to translate to the next level, but his great instincts and impressive resume are enough to take a chance on this late in the draft.

A knee injury early in the 2018 season caused Bars’ draft stock to plummet. He was a projected third-round pick and a potential starter in the NFL before the injury. If he can return to form, then this is a tremendous value pick. But if not, it’s no big loss this late in the draft.