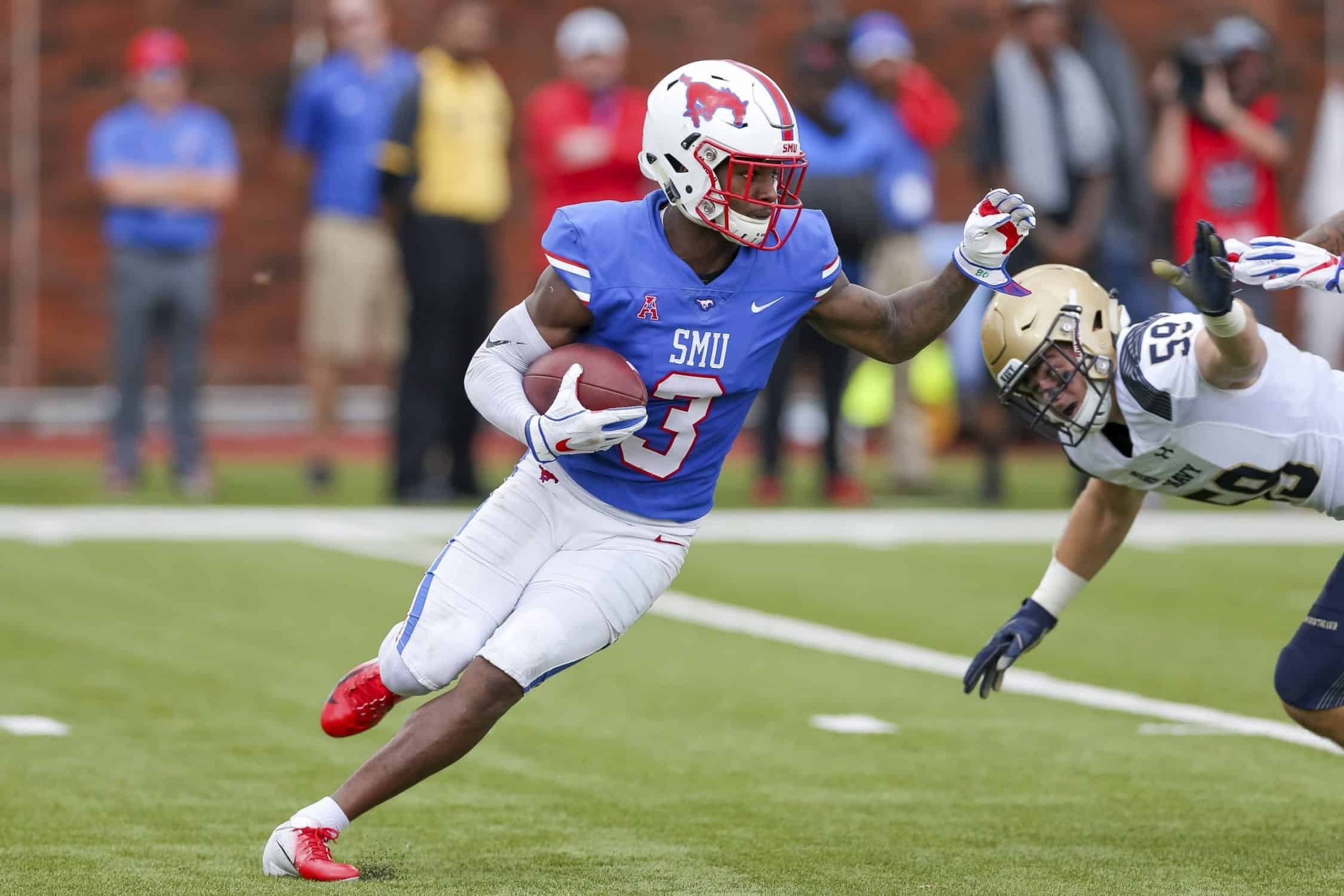 College football bowl season kicks into high gear with a jam-packed schedule today. It all gets underway today at Noon ET when Alcorn State and North Carolina A&T battle in the Celebration Bowl. The New Mexico Bowl featuring Central Michigan and San Diego State kicks off at 2 pm ET. Shortly thereafter, the Cure Bowl featuring Liberty and Georgia Southern kicks off at 2:30 pm ET, followed by the Boca Raton Bowl between SMU and Florida Atlantic at 3:30 pm ET.

Below, the Pro Football Network draft team previews what prospects to watch as you enjoy hours of college football action. And be sure to join Tony Pauline and the PFN draft team as they cover the action all day log in the PFN college football live blog.

The Celebration Bowl pits the SWAC versus the MEAC in this annual classic between two conference champions to help kick-off the college bowl season. There are no draftable prospects in this contest except for possibly one, yet I expect several players from today’s game to be in NFL camps next summer.

Alcorn State’s Javen Morrison is the sole player in this contest who may get consideration in the late rounds. He’s a small cornerback with incredible speed. If Morrison is drafted, it will be as a return specialist as he’s able to score from any point on the field when the ball is in his hands.

Several weeks ago, during the SWAC title game, I was writing about Morrison during the CFB game day blog and he proceeded to take a kick back 49 yards for a touchdown. His defensive production is minimal, but his home run hitting speed is very attractive.

The Central Michigan Chippewas are enjoying a bounce-back year after going 1-11 last season. They possess a run-first offense with their dynamic running back duo of Jonathan Ward and Kobe Lewis. Ward has rushed for over 1,000 yards this season and Lewis needs 23 yards in this bowl game to reach the same. Ward is a senior and I expect him to find his way to an NFL roster.

On defense, the Chippewas are led by sophomore linebacker Troy Brown, as he’s the leading tackler and leads the team in interceptions. They’re leading sack man is former Illinois Illini Sean Adesanya. DB Da’Quaun Jamison also flies around the field and disrupts passing lanes. Central Michigan doesn’t possess a ton of draft talent, but they do have a number of players to watch for in the future.

San Diego State doesn’t have a ton of NFL talent, but there are a few mid-round prospects on the roster. Defensively, senior corner Luq Barcoo is one of the best playmakers at his position in the draft. He leads the country in total pass breakups and also has 8 interceptions on the season. Barcoo was named an AP Second-Team All-American this season.

Redshirt senior linebacker Kyahva Tezino is a Shrine Game invitee. Despite being undersized at 6’0, 235 pounds, Tezino is physical and makes plays at the line of scrimmage. Thanks to his physicality and tackling ability, Tezino can fight for a draft selection as a special teamer at the next level.

On offense, redshirt senior guard Daishawn Dixon is a nice athlete for his size at 330 pounds and is another Shrine Game prospect. He’s a good mover in space and projects nicely as a depth/developmental piece for an NFL team on the interior of the offensive line.

The Liberty Flames come into this game with a couple of players that boast next-level ability. The Flames’ offense goes through highly touted wide receiver Antonio Gandy-Golden, who hauled in 74 passes for 1,333 yards and 9 touchdowns in 2019. Gandy-Golden will have an opportunity to show off his big-play ability in the Reese’s Senior Bowl next month.

Quarterback Stephen Calvert broke the Liberty school record for touchdown passes as a junior and has enjoyed a solid four-year career. While he doesn’t possess the desired size (6’2, 180) or arm strength to hear his name called on draft weekend, he should end up in an NFL training camp this summer.

There are a handful of NFL-caliber prospects for the Georgia Southern Eagles that scouts will be watching today, but the crown jewel of their senior class is Kindle Vildor, the 5-foot-11, 190-pound cover specialist. Teams smartly avoided throwing to Vildor’s side this season. The senior cornerback accumulating just 25 tackles, 4 pass breakups and one interception over 10 games. An instinctual defender with outstanding ball skills- eight interceptions and 23 pass breakups for his career- he’ll have a chance to show off his talents in the Reese’s Senior Bowl.

The Eagles’ secondary also includes cornerback Monquavion Brinson and safety Donald Rutledge Jr. An All-Conference performer, Brinson racked up 11 pass breakups in 2019. He will likely end up as a priority free agent at the conclusion of draft weekend, but he has the ability to stick as a depth cornerback at the next level.

Rutledge Jr. initially began his collegiate career at the Citadel, then spent time at Savannah State, before ultimately spending the past two seasons at Georgia Southern. The 6-foot-1, 210-pound safety is a sound tackler who looks most comfortable as a box safety. He has been selected to participate in the 2020 NFLPA Collegiate Bowl.

The Mustangs are one of the most entertaining teams in all of college football. Their passing offense is electric, featuring former Texas Longhorn Shane Buechele running the show. Buechele throws to the record-setter James Proche and dangerous deep threat Reggie Roberson Jr. Both will be playing on Sundays. Leading the rushing attack is the uber-productive Xavier Jones, who is currently second in the country in rushing touchdowns. Jones will have a chance to play in the NFL as well.

On defense, SMU is led by do-it-all safety Patrick Nelson. Nelson as a safety finished the year with 12 sacks and 78 total tackles. He fits the new age safety-linebacker mold but is the size of a safety who runs like a linebacker, as opposed to the opposite. Defensive end Delontae Scott could also be drafted. Overall, SMU has enjoyed a very productive season and has one of the most balanced attacks in the country. They have a receiver duo that I’m infatuated with and can win through the air, on the ground, and by getting after the quarterback.

There are a few players that scouts will be watching today on the Florida Atlantic Owls. The Owls best prospect is senior tight end Harrison Bryant. Bryant is fresh off an invite to the Senior Bowl in Alabama. Bryant is one of the best all-around tight ends in the country with solid pass-catching and blocking skills.

Players such as linebacker Rashad Smith and offensive tackle Brandon Walton are potential day three picks in the 2020 draft to watch. This also will be the last game that Lane Kiffin coaches for Florida Atlantic, as he is off to Ole Miss.