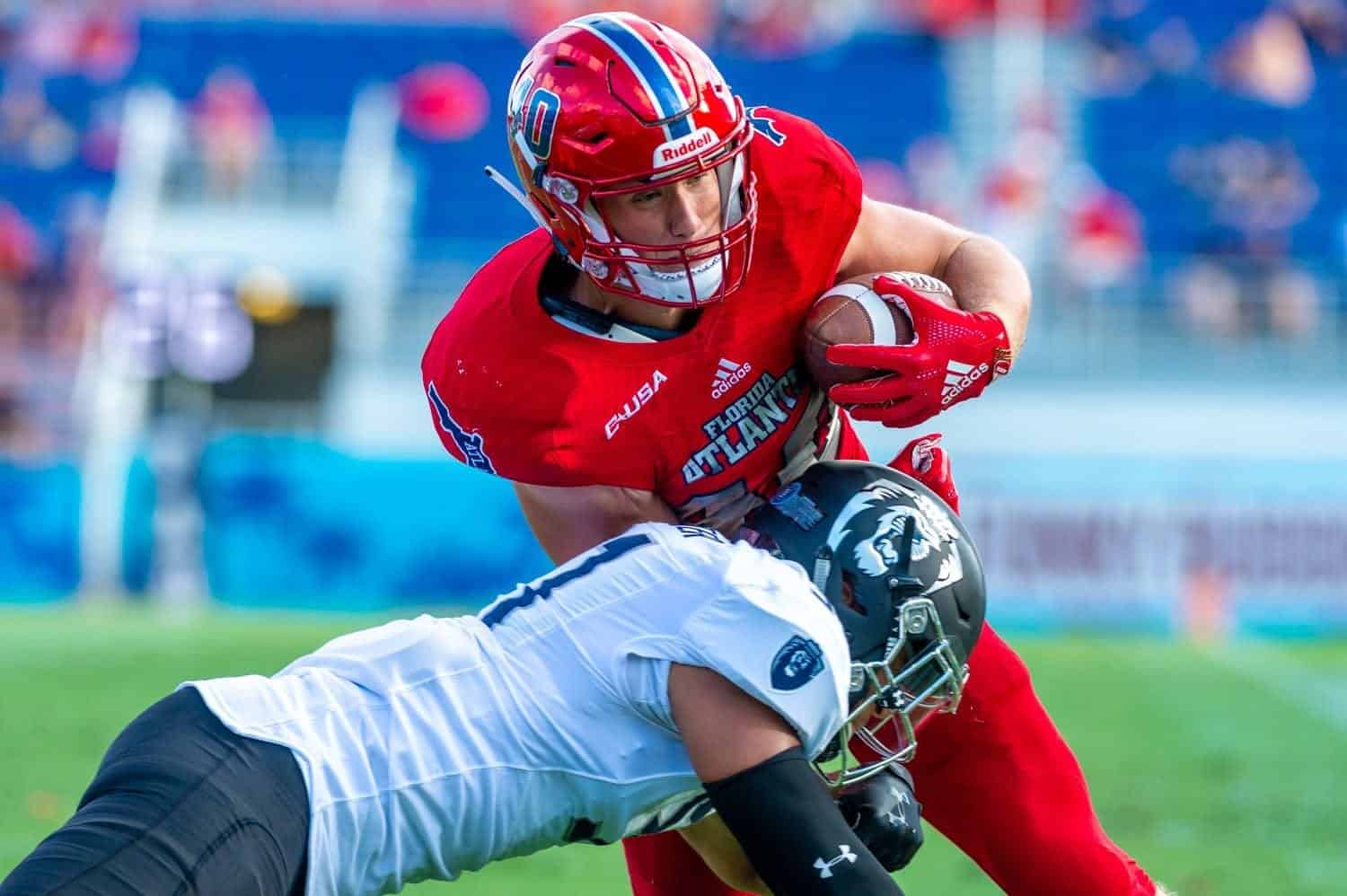 It’s no secret that during the week of the Reese’s Senior Bowl in Mobile, Alabama, an NFL draft prospect could see their stock rise…or fall. It’s a place where the top seniors in the country can test their abilities against top competition. It gives small school guys a chance to prove they can dominate any level of competition. Ultimately, how these players perform could be a major factor in where they get selected. For those under-the-radar sleepers at the 2020 Reese’s Senior Bowl, it’s especially important.

There are also players who may have been overshadowed by teammates during their collegiate careers, but project as dominant players in the NFL, similar to Terry McLaurin. Today, I’ll be calling your attention to three 2020 Senior Bowl sleepers who may not currently be on your radar but should have big weeks in Mobile.

Kareem is one of those cases where a teammate of his gets all the love. That teammate is Julian Okwara, a player many believe could sneak into the first round. However, I believe that Kareem might currently be the better overall player, and his upside isn’t far behind that of Okwara.

Kareem has excellent length for an edge rusher and his body type signals that of a standard power rusher utilizing long arm and bull rush moves. He also possesses the necessary athletic ability, and with some cleaning up of his technique, he could win with the occasional speed rush.

Expect Kareem to make noise right away, as he’s built to win 1-v-1’s, the most-watched drill at the Senior Bowl. If Kareem can consistently win his matchups, and show consistency at Mobile, he’ll undoubtedly raise his draft stock. Personally, I believe picking Kareem on late Day 2 or even early Day 3 would be a better value than selecting Okwara in the top-50.

Any time a Georgia Southern player goes head-to-head with a team like LSU, and looks like he belongs, people will notice. Vildor isn’t the biggest or fastest cornerback, but he has above-average athleticism and a filled frame that benefits him as a run defender. He doesn’t possess the stop-start ability that you like to see from great cornerbacks, but his competitive edge might be unrivaled, as he plays with a confidence and moxie that I love to see from cornerbacks.

Vildor occasionally has lapses in coverage, especially when in zone coverage, where he doesn’t have a single target to lock on to. However, his ball skills are strong, he’s a quality run defender, and he’s a leader on the field. Vildor will get a chance to face some of the top receivers in the nation. A strong week could lead him from being a 2020 Senior Bowl sleeper to being a Day 2 selection.

In what feels like a very lackluster tight end class, Bryant might shine as a small school guy who slips a bit in the draft and outproduces where he’s selected. Bryant was the most productive tight end in the country this season, and with that came him being named the 2019 Mackey Award winner as the nation’s top tight end.

Bryant excels as a mismatch. Usually lining up in the slot, he plays more like a receiver than a tight end. He’s too big for defensive backs and too fast for linebackers. Bryant is the ultimate mismatch. He’s also a very willing blocker, though he isn’t very good at it.

I expect Bryant to dominate the 1-v-1’s. A big showing in Mobile would be huge for his draft stock. Bryant is the kind of player that, with a big Senior Bowl week and strong Combine, could rocket up draft boards. There is currently no clear favorite for TE1, and Bryant could make his way into the conversation. But first, he must show he can dominate in Mobile.