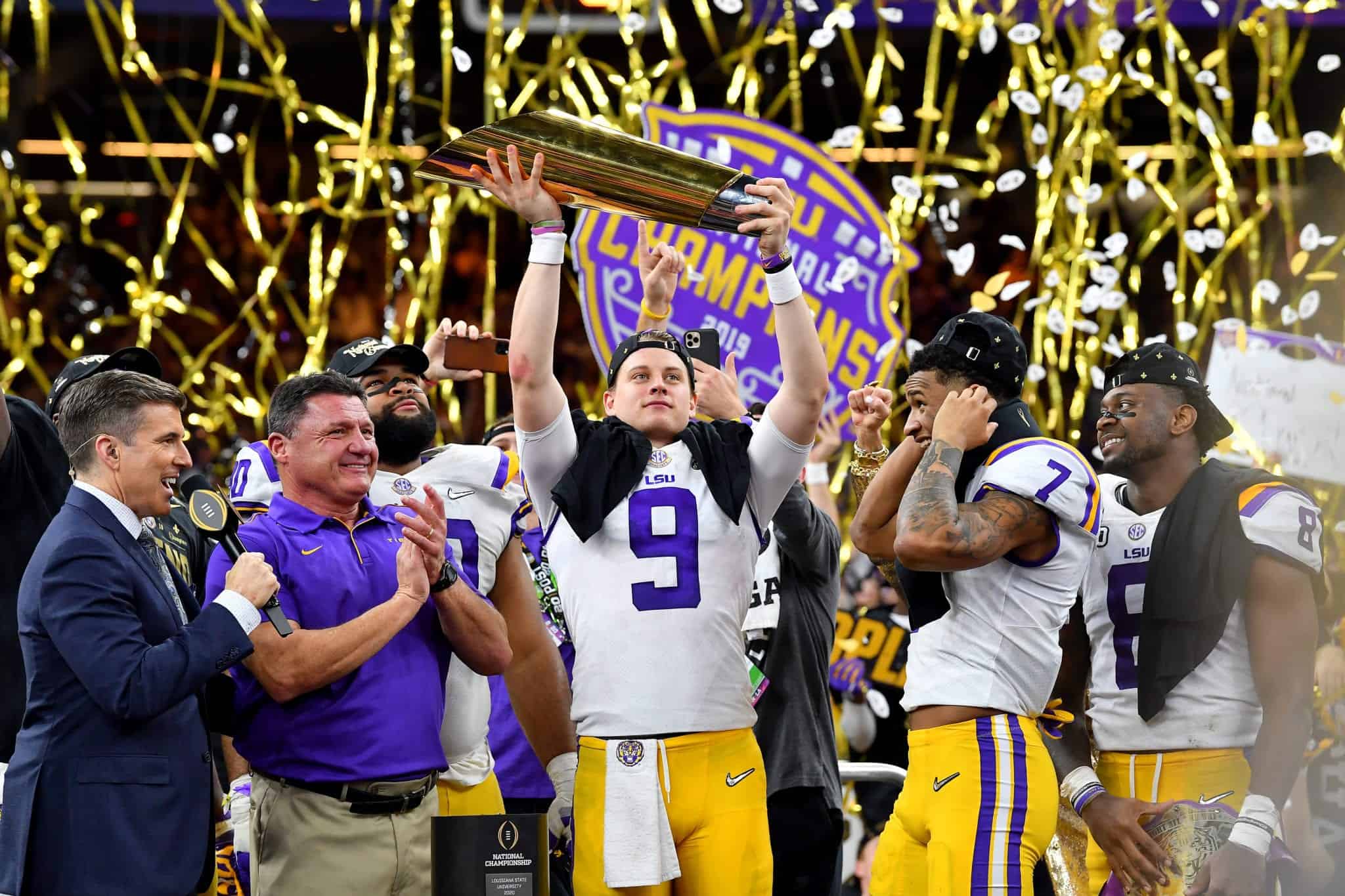 Now that Patrick Mahomes and the Kansas City Chiefs have won the Super Bowl, it is time to fully shift our focus to the 2020 NFL Draft. If I’ve learned one thing when it comes to the NFL Draft, it’s that it never goes as planned. When every draft pundit is typing up their most recent mock draft, there is one thing that is almost impossible to account for, which is trades. Last year, there were six trades made in the first round of the 2019 NFL Draft.

Trades aren’t the only thing that can create chaos for the NFL Draft, as history tells us some teams will make mind-blowing draft selections, which will have a huge impact on how the draft board falls. Using the 2019 NFL Draft as an example, it was quite shocking when the Atlanta Falcons selected Boston College offensive guard Chris Lindstrom, allowing players such as Ohio State quarterback Dwayne Haskins and Florida State defensive end Brian Burns to fall. Finally, we truly don’t know or have access to the draft boards for NFL front offices.

In this article, we will take a look at 10 bold predictions for the 2020 NFL Draft.

There are many mock drafts out there which will have Georgia offensive tackle Andrew Thomas as a top-10 pick in the 2020 NFL Draft, but to quote the great Lee Corso, “Not so fast”. The ascension of players such as Alabama’s Jedrick Wills, Iowa’s Tristan Wirfs, and Louisville’s Mekhi Becton will have a direct impact on Thomas’ draft stock. It’s not that Thomas isn’t a great football player, because he is, but we’ve seen this story before.

The hot names leading up to the draft tend to be selected higher than those players whose stock has been consistent throughout the process. With teams like the New York Giants, Cleveland Browns, and New York Jets having a major need at left tackle, it is safe to assume that three offensive tackles will be selected in the top-15. Unfortunately, Thomas will be the odd man out.

9 – No tight ends will be selected in the first round

Names like Notre Dame’s Cole Kmet and Purdue’s Brycen Hopkins are buzzing in NFL circles, and these players are possibly the best players at the tight end position in the 2020 NFL Draft. As Pro Football Network’s own Nick Farabaugh reviews in his article, Kmet is a gifted pass catcher and an effective in-line blocker.

There are teams like the New England Patriots, who are absolutely desperate to find a young, athletic tight end to bolster their passing attack. However, none of them will hear their names called in the first round. If a team’s goal is to bolster their passing attack, one of the deepest wide receiver classes in NFL history should catch their attention.

After NFL free agency and the conclusion of the Tom Brady sweepstakes, it will be clear which teams will be turning their attention to the 2020 NFL Draft to fill their void at quarterback. We already know it is a foregone conclusion that the Cincinnati Bengals and Miami Dolphins will be selecting a quarterback within the top-5 picks. A team such as the Carolina Panthers, Los Angeles Chargers, or Indianapolis Colts will make a bold move to trade up into the top-5 to get their quarterback of the future. The way I see it…

The name that will surprise you, but shouldn’t, is South Carolina defensive tackle Javon Kinlaw. Kinlaw is going to turn heads at the NFL Scouting Combine in Indianapolis with his explosiveness and athleticism. Either the Arizona Cardinals, Jacksonville Jaguars, or a team trading up will almost certainly spend a top-10 selection on Kinlaw.

It is trendy to mock Georgia running back D’Andre Swift as a first-round pick. However, I don’t see it happening. While Swift is a sensational player, the running back group is loaded, and the recent stories of Todd Gurley and David Johnson should tell us that spending high resources on running backs in today’s NFL is not wise.

5 – Grant Delpit, Tyler Biadasz, Raekwon Davis, and Trevon Diggs will all fall out of the first round

Entering the 2019 season, Grant Delpit, Tyler Biadasz, Raekwon Davis and Trevon Diggs were considered surefire first-round selections in the 2020 NFL Draft. It would be hard to find a projection that didn’t have this entire group as Top-20 picks. However, inconsistent play in 2019 will cause their draft stock to stumble.

Delpit has the best shot to hear his name called on day one, but that is far from a lock at this point due to his poor tackling. With that said, all players should hear their names called early on day two.

I predicted this in my pre-Combine 7-round mock draft article, but after a dominating Senior Bowl performance, Anae has cemented himself as a first-round selection in the 2020 NFL Draft.

He has great technique, violent hands, and a relentless motor, making him one of the most complete pass-rushers in this draft class. His speed and ability to bend is under the radar. I believe a team like the Tennessee Titans or Baltimore Ravens will take a chance on Anae at the end of round one.

There is no question that this is one of the most exciting wide receiver classes we’ve ever seen. Jerry Jeudy, CeeDee Lamb, Henry Ruggs III, Laviska Shenault, and Tee Higgins should be round one locks, while players such as Justin Jefferson and Brandon Aiyuk are ascending and on the cusps of being first-rounders.

There are at least 10 teams that could potentially go the wide receiver route in round one, and when the dust settles, I am confident that six of them will hear their names called on day one.

Alabama will have five prospects selected on day one, which will give the Crimson Tide the title for having the most players selected in the first round. Quarterback Tua Tagovailoa, offensive tackle Jedrick Wills, safety Xavier McKinney, and wide receivers Jerry Jeudy and Henry Ruggs III will have their names called early in the 2020 NFL Draft.

Tagovailoa, Wills, and Jeudy are likely top-10 picks, while Ruggs and McKinney will be close behind. Keep an eye on pass-rusher Terrell Lewis, who could elevate his status with a strong showing at the NFL Scouting Combine, giving the Crimson Tide another player who will be selected in round one of the 2020 NFL Draft.

It will be a tight race between the LSU Tigers and the Alabama Crimson Tide, just like the SEC, but LSU will have the most players selected in the 2020 NFL Draft.

By my estimation, the Tigers will have 13 players selected in the 2020 draft. To make it even more impressive, all players should be selected by the end of the fourth round. Below, you can take a look at the list of LSU players that I project will be selected: