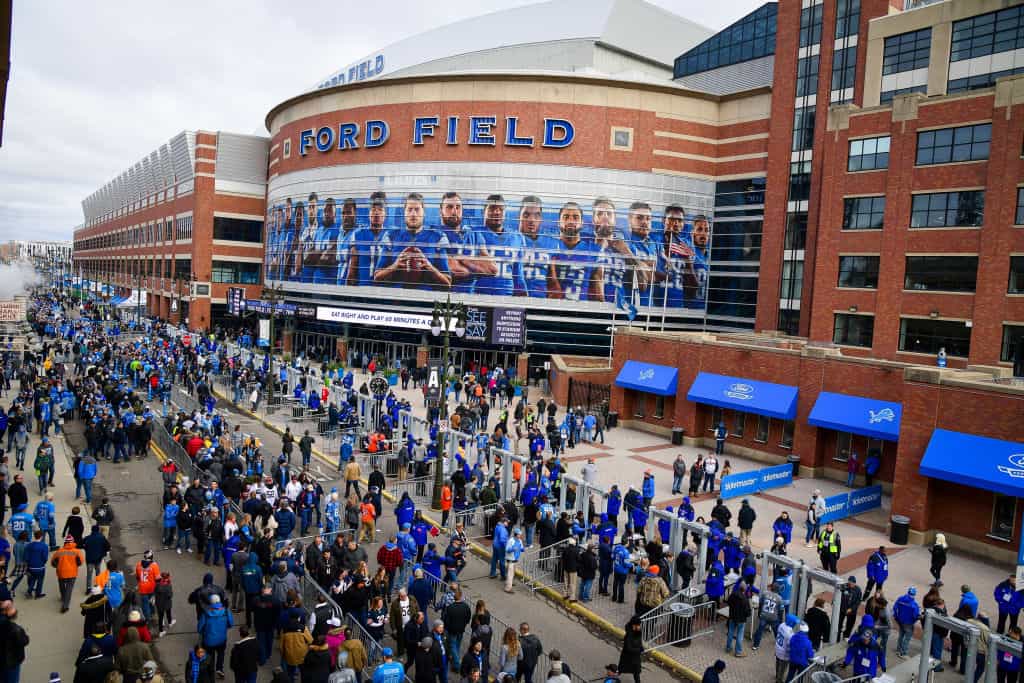 Why do the Lions play on Thanksgiving?

Once upon a time, the Detroit Lions were known as the Portsmouth Spartans. They had a passionate fan base with fans actively being part of the team. The citizens of Portsmouth wanted football so badly that they paid for the stadium to be built. That approval of funding got the Spartans into the NFL.

However, Portsmouth was a small town, and even though they loved football, the Spartans weren’t able to generate enough revenue. Add in the great depression, and the team almost died. Radio executive George A. Richards took that as his opportunity to own an NFL team. In 1934, he purchased the Spartans for $8,000, moved them to Detroit, and named them the Lions.

The Lions immediately began playing on Thanksgiving. Their first year, they played the Chicago Bears, who had been a staple Thanksgiving team, having played every Thanksgiving from 1922-1938. The NFL gave the Lions a chance because the team had struggled to get attendance after the move. Detroit also had a history of prior Thanksgiving Day games, as the Detroit Heralds, Panthers, and Wolverines all played on Thanksgiving prior to the Lions’ debut season.

However, they weren’t the only team that played on Thanksgiving. The Bears had made it a tradition, as had the Chicago Cardinals who’d played every year from 1922-1935. The Lions were just the latest to jump into the Thanksgiving fray. So how did they end up the ones who played every year?

So, how did the Detroit Lions Thanksgiving tradition become a staple of American culture? It all came down to their powerful owner. George A. Richards owned WJR, a major affiliate of NBC Radio. He was able to strike a deal with NBC to carry the Lions Thanksgiving Day games live across the country. The money and fans these games brought the Lions allowed them to become one of the most profitable teams in the NFL in the early days. It also made it impossible for the NFL to remove the Lions from the Thanksgiving Day slot.

They were the team with the powerful connection that was spreading NFL football across the country, giving them much-needed exposure. So, the Lions stayed on the Thanksgiving schedule for the foreseeable future. By the time the NFL was popular enough that the Lions connection to NBC didn’t matter, they had already become a staple. The Detroit Lions and Thanksgiving football had been around for a generation; how could the NFL kill that tradition?

So the Lions play every year on Thanksgiving. They didn’t earn the right or beat other teams to the punch. The Lions simply had an opportunity and a well-connected owner who made it impossible for the NFL to take them off the schedule.

This year marks the Lions’ 81st time playing in a Thanksgiving game. The holiday hasn’t been particularly kind to them. Over the years, the Lions’ Thanksgiving Day record is only 37-41-2. The Pro Football Hall of Fame records all of the Thanksgiving Day games ever played. According to their records, there’s good news and bad news.

They’ll kick off their venture for a more successful 2020 against the Houston Texans. These two teams met on Thanksgiving in 2012, a 34-31 Texans victory. If history is any indicator, the 2020s should be a good year for the Lions on Thanksgiving. They have a good shot at getting off to a strong start against an opponent that comes into the game with a 3-7 record.

In this article:Detroit Lions, Featured, Thanksgiving