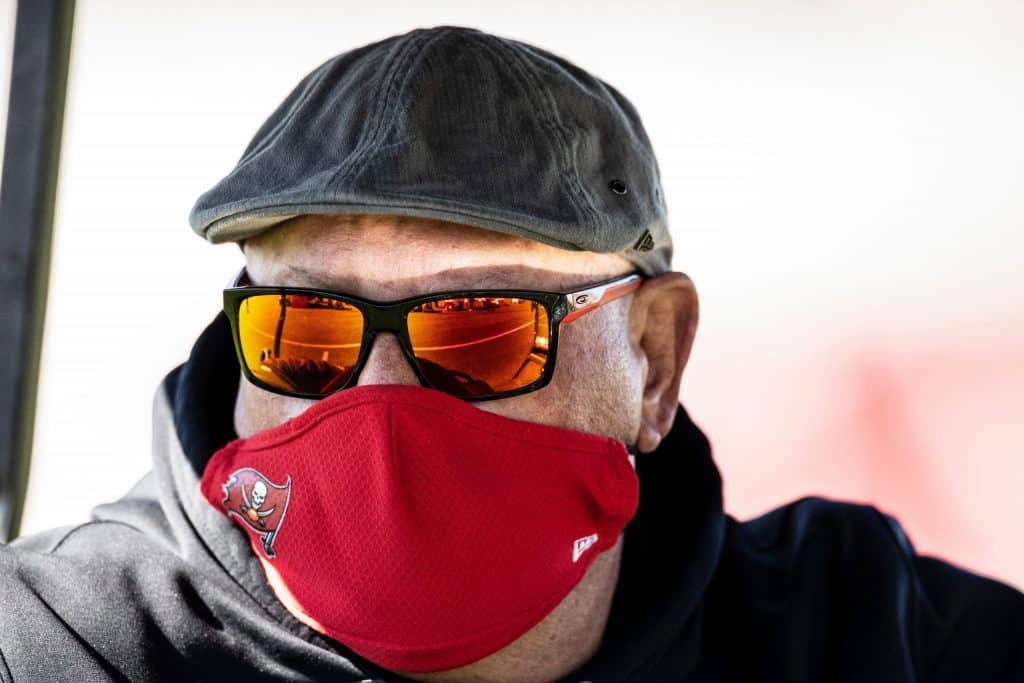 Super Bowl LV is upon us. The Kansas City Chiefs and Tampa Bay Buccaneers will face off in Raymond James Stadium in Tampa, Florida, with the NFL‘s Vince Lombardi Trophy on the line. The stage is set, but what time is the Super Bowl scheduled to begin, when are the non-footballing performances, and which channels are showing it all?

What time is the Super Bowl?

Who is playing in Super Bowl LV?

There will be 25,000 fans in attendance for the big game, with 30,000 cardboard cutouts. With social distancing measures in place, it will be the lowest attendance in Super Bowl history. Nevertheless, it will be one of the most intriguing matchups.

Patrick Mahomes is arguably the best player in the NFL. He and the Chiefs are looking to win their second successive Super Bowl ring.

The Bucs, on the other hand, have the most successful player in NFL history in Tom Brady. The six-time Super Bowl champion is looking to win his seventh ring. If he is successful, it will be his first ring since leaving Bill Belichick and the New England Patriots’ dynasty.

The Chiefs finished the regular season with a 14-2 record, earning a first-round playoff bye. They then defeated the Cleveland Browns and Buffalo Bills, respectively, to earn a spot in Super Bowl 55. The Bucs finished the regular season with an 11-5 record. They defeated the Washington Football Team on Wild Card Weekend. After that, they took down the New Orleans Saints and Green Bay Packers in the Divisional Round and NFC Championship Game, respectively.

What channel will the Super Bowl be on?

The Super Bowl is being shown live on CBS with pre-game coverage time scheduled to begin at 6:00 PM ET (3:00 PM PT). Fans can also watch on ESPN Deportes. In addition, they have the option to stream on the NFL app, CBS Sports app, Yahoo Sports app, and on CBS All Access.

Jim Nantz and Tony Romo will be calling the game, while Tracy Wolfson will be the sideline reporter.

Who is singing the national anthem at Super Bowl 2021?

Jazmine Sullivan and Eric Church will perform the national anthem before kickoff. Sullivan is a 12-time Grammy-nominated R&B artist and will duet with Church, a country music star who has had two albums top the Billboard 200. As of right now, the halftime show is set to start at 6:23 PM ET (3:23 PM PT).

Sullivan and Church’s performance will be preceded by Grammy-winner H.E.R. singing “America the Beautiful.” The song has the distinction of being performed pre-game for Super Bowl XI, the only Super Bowl that didn’t feature a rendition of “The Star-Spangled Banner.” After decades of not being featured, it has been performed prior to the national anthem at every Super Bowl since 2009.

Amanda Gorman, the country’s first National Youth Poet Laureate, will also be performing before the game. Gorman has been one of the stars of 2021 after reading at the inauguration of President Biden. She will read an original poem prior to kickoff at 6:28 PM ET (3:28 PM PT).

What time is the Super Bowl halftime show, and who is performing?

Canadian singer The Weeknd is headlining the Super Bowl halftime show. The Weeknd has three number one albums in his career. He’ll be taking to the stage at the end of the second quarter. However, we won’t know any more accurate timings until then, seeing as the length of game time impacts this part of the Super Bowl schedule.

Halftime in the Super Bowl usually lasts between 20 and 30 minutes. Typically, performers spend between 12 and 15 minutes on stage.

What time is the Vince Lombardi Trophy award ceremony?

The Vince Lombardi Trophy is named after the legendary Green Bay Packers head coach. The winning team of the Super Bowl will receive the trophy at the award ceremony immediately following the conclusion of the game.

Jim Nantz has previously led the presentation ceremony for CBS when the Super Bowl has been on its channel. NFL Commissioner Roger Goodell will likely hand the trophy over to representatives of the winning team.