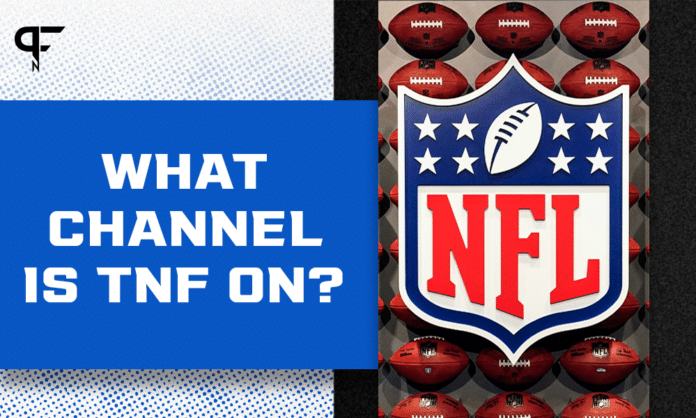 The Tampa Bay Buccaneers kick off their title defense against the Cowboys on Thursday. What channel can you find Cowboys vs. Buccaneers?

The 2021 NFL season will kick off on Thursday night with a matchup between the Tampa Bay Buccaneers and the Dallas Cowboys. With no competing football on television, all eyes will be on the Cowboys vs. Buccaneers game.

What to watch in Cowboys vs. Buccaneers | Week 1

Of the last 17 NFL Kickoff games, 15 defending Super Bowl Champions have hosted the event — Tampa Bay being no different. In total, 16 defending champs have opened the season as the marquee team in the NFL Kickoff series.

In those contests, defending champions are 13-3 to start the season. Currently, DraftKings Sportsbook spots the Cowboys 8.5 points, favoring the Buccaneers with a -8.5 line.

With all 22 starters returning for the Buccaneers, all eyes will be on QB Tom Brady. In his 18 seasons as a starting quarterback, Brady is 14-4 in season openers. On the other side of the field, Dak Prescott will make his return to the field after a horrific leg injury sidelined him for the majority of 2020.

Prescott was on a record pace last season before his injury. He amassed over 450 passing yards in three of his four fully healthy contests. Dallas averaged a whopping 32.6 points with Prescott under center and just 21.1 points with Andy Dalton as the starter the rest of the way.

The quarterbacks aren’t the only players who should garner headlines as fans will be treated to the NFL’s top receiving corps in the Buccaneers going up against a Cowboys secondary that struggled last season. Mike Evans, Chris Godwin, Antonio Brown, and Rob Gronkowski are a handful of names in the Tampa Bay receiving ranks that should give Dallas fits.

Then there’s the Cowboys linebacker duo of Jaylon Smith and Micah Parsons — each should generate their own storylines. Smith will be wearing No. 9, something that should irk Brady, who famously stated he has a strong dislike for the NFL’s new jersey number rule. Parsons, the rookie, will hope to bolster a Cowboys defense that allowed 29.6 points per game last season.

How to watch Cowboys at Buccaneers | Week 1

The defending Super Bowl Champions will be live in action as the Bucs will begin their title defense against “America’s Team.” Tampa Bay will return to the very field they won Super Bowl LV when they kick-off at Raymond James Stadium.

They will also famously field all 22 starters from their Super Bowl championship team, including Brady. Brady is set to become the NFL’s second-oldest starting quarterback in history at 44 years and 37 days old.

The Bucs will host on-field celebrations starting promptly at 8 PM ET. The Super Bowl LV champion banner will be raised to entice fans to arrive at the stadiums and their couches early.

Both NFL Network and NBC will broadcast the pre-game festivities, with NBC taking over the game’s broadcast. NBC’s Sunday Night Football crew will be broadcasting the game nationally.