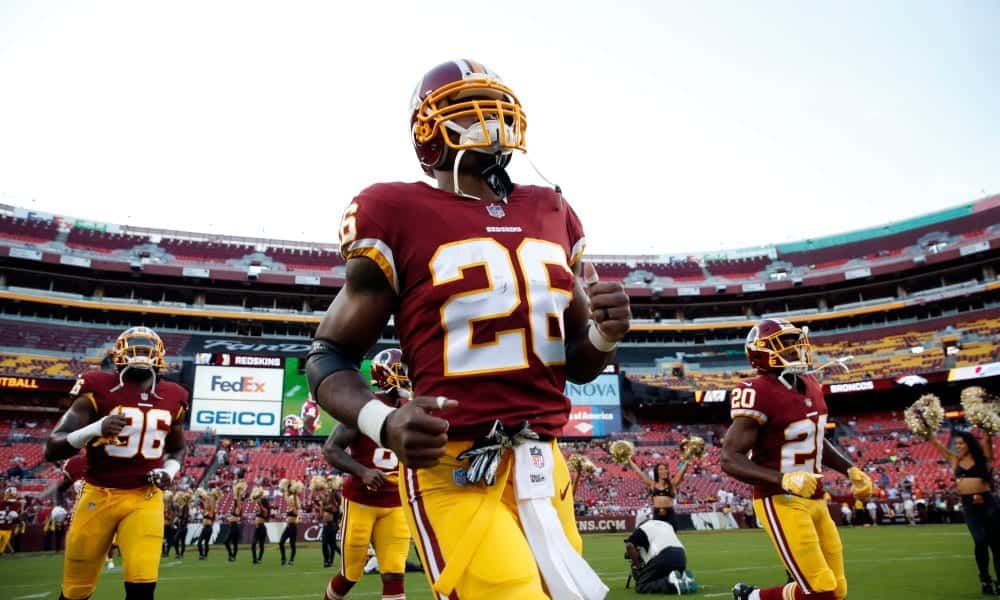 Photo Credit: AP Photo/Alex Brandon
What's in this article? Click to show
Against The Spread Player Prop Play of the Week: Adrian Peterson all day against Dolphins
All-In on Mark Ingram, again
Chosen Rosen with props for Preston
Joe Mixon to blend running and receiving for Bengals

This past week, Pro Football Network is coming off of a white-hot 4-1 performance. The following Week 6 picks will hopefully extend a profitable season that currently stands at 18-14. This Sunday, several player prop picks are incredibly enticing.

Even in a tank bowl atmosphere in Miami, there could be a paradise of player props waiting, as many offensive players could feast thanks to porous defenses. Starting the Week 6 picks off, as per usual with the Player Props Pick of the Week, we begin with the earlier stated contest in Miami Gardens. Here a pair of winless teams face off in what could be a battle of arguably the two worst teams in the league.

Against The Spread Player Prop Play of the Week: Adrian Peterson all day against Dolphins

Note: We are currently 3-1 on the season for our Player Prop Play of the Week. At the time of this publishing, FanDuel lists the over/under rushing yard total for the future Hall-of-Famer, Adrian Peterson, is sitting at a mere 58.5. In all seriousness, this could pay out on the first drive for Washington, if not the first run of the game.

Of course, that would be vintage Peterson, and while that number is remarkably low, he hasn’t exactly fared well this season. Nothing like the league’s worst defense to help pad some stats.

Miami has given up a league-worst 175.8 rushing yards and has also allowed the most scores along with a trio of other teams. This is music to AP owner’s ears as well as those in his Week 6 picks props market.

A lackluster start, a weak overall team, and father-time creeping up is usually a formula to avoid in all things props and daily fantasy but not here. Peterson should cover this over in minutes, as interim Redskins coach Bill Callahan has stated he wants to establish the run.

That makes sense against the 32nd ranked defense in the league.

Throw a pair of units on this one, and I would also recommend an any time touchdown play here for him, which pays out a handsome +135.

With a soft matchup against the Cincinnati Bengals, Mark Ingram needs just 74.5 rushing yards to hit his over.  Facing a defense yielding 167.6 yards on the ground per game, as well as sharing that league-worst touchdown mark at seven, should mean another fantasy explosion for the new Raven.

On the season, Ingram has feasted in a pair of games, yet mortal in three others. Sure his big output games were against the Dolphins and a weak Kansas City defense, but these Bengals have trouble stopping a nose-bleed.

Chosen Rosen with props for Preston

We now return to the Tank for Tua Bowl. Back in the day, the Redskins and the Dolphins were once a mighty Super Bowl matchup. Now, its virtually a game of chicken.

Looking at their rosters, there are players who are trying to put quality work on tape. Some are having more success than others, but Josh Rosen has a heck of a lot to play for on Sunday.

Should the second-year NFL signal-caller succeed, at least statistically, he could make a case to be a consistent starter in the league, whether it’s in Miami or somewhere else.

The future is unwritten for Rosen, and the same is to be said for his top target so far in 2019, undrafted rookie free agent Preston Williams.

Both first-year Fins have the potential to have career days against the league’s 10th worst defense in yardage allowed. They have also allowed 13 passing scores so far this season, which is worst in the NFL.

The Week 6 picks to play on the Miami side, regardless of the horrific first four games, starts and perhaps ends with this passing battery.

Rosen has a very attainable number at 206.6 yards against a team allowing 263.8 passing yards per contest. In his two starts this season, he has gone against the Dallas Cowboys and Los Angeles Chargers and nearly hit this mark, averaging 190 passing yards in those games.

Expect a mark close to 250, as the Dolphins either will be trailing most of the game or, if leading, will be doing so in all likelihood via the pass.

On Williams’ side of things, he has recorded four catches in three straight games and been targeted a team-high 30 times. He will have to improve his catch-percentage, as he has only reeled in 15 thanks to three drops and many errant passes.

This is a game both Williams and Rosen can continue a rapport that began as far back in high school, as they were once summer camp teammates in scouting combines growing up.

It may not be pretty, but expect Williams to be peppered with targets. He should hit his over of 52.5.

Joe Mixon to blend running and receiving for Bengals

Joe Mixon is a talented back, and although Baltimore outmatches the Bengals, this is not your older sibling’s Ravens defense.

The Ravens should win this one with relative ease, which I know hurts the rushing efforts on any team. However, Mixon is the focal point of a Bengals offense missing numerous vertical weapons.

At a combined rushing and receiving total of 81.5, a few things encourage me with this play. Mainly, Mixon has gone north since Week 1 in carries as well as yards, steadily.

Expect the 81.5 to hit on the ground, as the Ravens are mere mortals these days, giving up 90.2 rushing yards per game