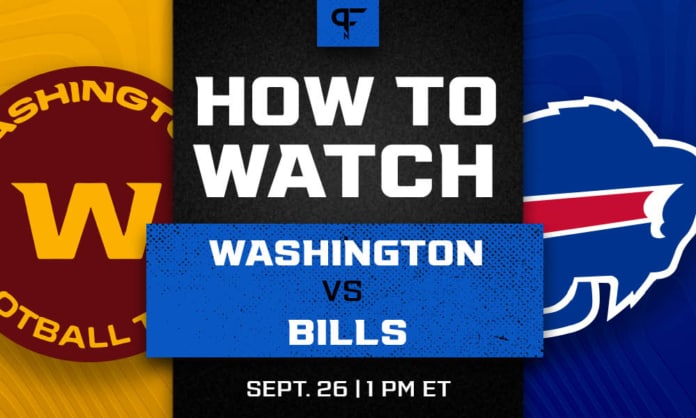 What are the Washington vs. Bills odds and prediction, what channel is the game on, and how can you stream this Week 3 matchup?

The Washington Football Team vs. Buffalo Bills matchup features two teams coming off wins against divisional opponents. Let’s look at the current NFL odds, what channel the game is on, and a prediction for Sunday’s contest.

Buffalo and Washington don’t have a long history, but it’s one that dates back to 1972. The Bills have won all but one game against Washington over the last 29 years dating back to the teams’ lone Super Bowl matchup in Super Bowl XXVI.

Buffalo won its last game vs. Washington in 2019, which featured familiar names such as Josh Allen, Terry McLaurin, Cole Beasley, and Devin Singletary. Allen threw 1 touchdown to Beasley in the first quarter while Singletary capped things off with a 2-yard run in the 4th for a 24-9 victory.

You might not find two better defensive lines in the NFL than in the Washington vs. Bills game. Washington’s Chase Young, Montez Sweat, Daron Payne, and Jonathan Allen handled business against the Giants last Thursday night, finishing with 3 sacks. On the other sideline, Buffalo’s Gregory Rousseau recorded the first 2 sacks of his career. Meanwhile, Justin Zimmer, Micah Hyde, Matt Milano, and Taron Johnson recorded 1 sack each. Additionally, A.J. Epenesa and the rest of the defense disrupted plays in the backfield all afternoon.

Offensively, Washington will have Taylor Heinicke under center after losing Ryan Fitzpatrick to a hip injury in Week 1. Heinicke threw for 336 yards on 34 completions last week, but he’ll play a better, more experienced secondary in his third career start on Sunday. Bills head coach Sean McDermott will have a stronger game plan prepared to shut Washington’s offense down.

Josh Allen found a better rhythm facing Miami than he did against Pittsburgh in Week 1. Allen put together an MVP-esque season last year, but through two games in 2021, he’s completing just 56% of his passes for 449 yards and a 3:1 touchdown-to-interception ratio.

Opening lines have the over/under for the Washington vs. Bills game set at 46. While both teams scored over 30 points last week, they combined for just 32 in Week 1. Based on the defenses and Allen’s struggles early in the season, we could see a lower scoring game in Week 3.

How to watch Washington vs. Bills this week