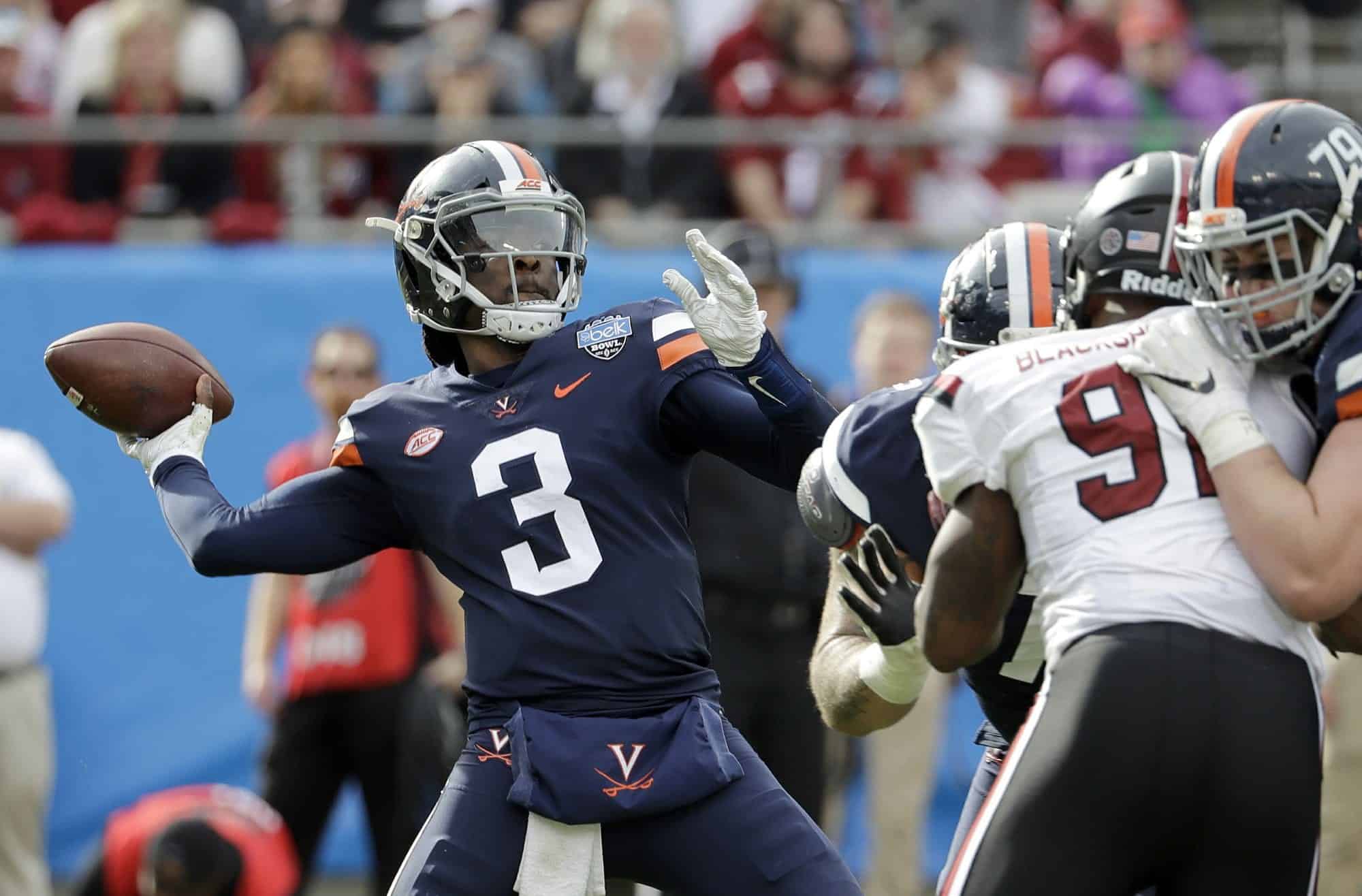 “It’s all part of God’s plan,” said Bruce Perkins. That plan being the healing and growth of his son, University of Virginia quarterback Bryce Perkins. Before an accomplished 2018 season in Charlottesville, Perkins’ road to UVA was not guaranteed, nor likely.

On August 6, 2016, Perkins’s life changed before him in a flash. On a simple, non-contact goal line read option drill for Arizona State, Perkins loudly collided with a teammate. He soon found out that he cracked two vertebrae in his neck that had to be fused. Otherwise, he risked paralysis and severe nerve damage to his extremities. All in all, playing football was inches from ending.

It was then that Perkins felt the mortality of his career. Fortunately, his father, a former NFL player, used connections to get Perkins to meet with noted physician Dr. Robert Watkins. Watkins is notable for his work with both Peyton Manning and J.J. Watt. Dr. Watkins told Perkins he believed his neck could heal naturally, but it would involve a torturous monthly process of using a neck brace to stabilize his neck and allow the vertebrae to recover.

Perkins knew he had to trust the process, working on his arm strength after losing power from the neck injury. Slowly but surely, Bryce Perkins was cleared for football activities. After going to Arizona Western College to play immediately, and then heading to UVA, Perkins is set to enter the NFL if he so chooses after this season.

Perkins is easily the most underrated quarterback prospect in the country. Despite being the best draft-eligible QB in the ACC, he has not received the national acclaim, nor attention from major sports media outlets. He hasn’t even been listed in any 2020 NFL Draft mocks and barely any quarterback rankings. It’s unfortunate, especially considering that Perkins was one of only two players to amass 2,600+ passing yards and 900+ rushing yards in one season. The other player was recent 2018 NFL Draft #1 overall pick, Kyler Murray. Being in that company, shoulder to shoulder with the top overall pick and Heisman winner, is phenomenal.

In watching the film, Perkins stands out as a dual threat with exceptional short area quickness, solid speed, and a burst that gets him to his second gear immediately. However, despite the rushing ability, Perkins is a standout QB that manages the game with exceptional poise. As seen in the below tweet, Perkins handles plays under duress well, and often in important moments.

Perkins shows this knack for key plays, at key moments, under pressure. Look at this dart and placement for a key first. pic.twitter.com/tDGQ3gZQEf

Time and time again, I witnessed Perkins hitting receivers when it mattered most. Amazingly, he showed this even when flushed to his left and throwing against his body.

What I enjoy about Perkins game is that despite his ability on the ground to torch defenses, he’s a heady QB that delivers the ball with touch, accuracy, all while maintaining poise under duress. Look at this strike for a TD against the grain. pic.twitter.com/1gmLXkQ9pK

The best NFL quarterbacks make the plays when it matters. The University of Virginia Cavaliers achieved an 8-5 record on the season mostly because of Perkins’ ability to improvise in the most pressure-filled, intense moments. Below, on 3rd & Goal, Perkins is flushed to his left, yet again, and fires a dart for a touchdown. This comes after his pocket breaks down quickly and ruins his chance to scan the endzone.

Yet again, 3rd & Goal. Perkins is able to scramble a bit through a muddied pocket, keeps his eyes to the end zone and, again, throws a dart opposite his body for another TD. pic.twitter.com/Ie4x49mZmG

To his credit, the arm talent is certainly there, but his prowess in the ground game makes him a threat that could elevate UVA into the top spots of the ACC. His tenacity with the ball in his hands, with a running back frame and speed, shows that he is a true game-changing player.

I mean, come on man… this ain’t fair bruh. pic.twitter.com/mr9paS5nEJ

Stats suggest you should be paying more attention

If the above clips aren’t convincing enough that Perkins is an underrated but incredibly promising talent at the quarterback position, I’m unsure what else he needs to do. Certainly, he has to build upon what was a phenomenal 2018 season. But the above plays fully support the stats he’s put on paper.

Bryce Perkins finished his 2018 season with a 64% completion percentage, 2,680 passing yards, 25 passing touchdowns, and a cool 923 rushing yards to go with 9 rushing touchdowns. He was the top player in the ACC with 206 points responsible for. He set the UVA single-season records for total offense and total touchdowns. The 64% completion rate is good for third all-time for UVA and the best since Matt Schaub in 2003. Perkins’ 25 passing touchdowns are tied for second all-time in a single-season at UVA. Ultimately, his 2018 season made him the Dudley Award winner, and a Johnny Unitas Golden Arm watch list player.

What is astounding to consider is that Perkins is just getting started with building an amazing career. After a 2018 season that put him into the ACC spotlight, he’s now on the path for a national spotlight. By ascending as a player and surpassing his prior accomplishments, Perkins can easily secure a draft selection and earn the right to be a member of the NFL just like his father before him, and his brother, Paul Perkins of the New York Giants.

Despite landing on my preliminary ACC watch list as only a sleeper, Bryce Perkins is on the path to stardom and I am fully on board the bandwagon. ACC supporters should be jumping on too.

Felix Davila is a writer for PFN covering the NFL Draft. You can follow him @DavilaFootball on Twitter.

In this article:Bryce Perkins, Featured, featured

Fantasy playoff rankings for the NFL Divisional Round