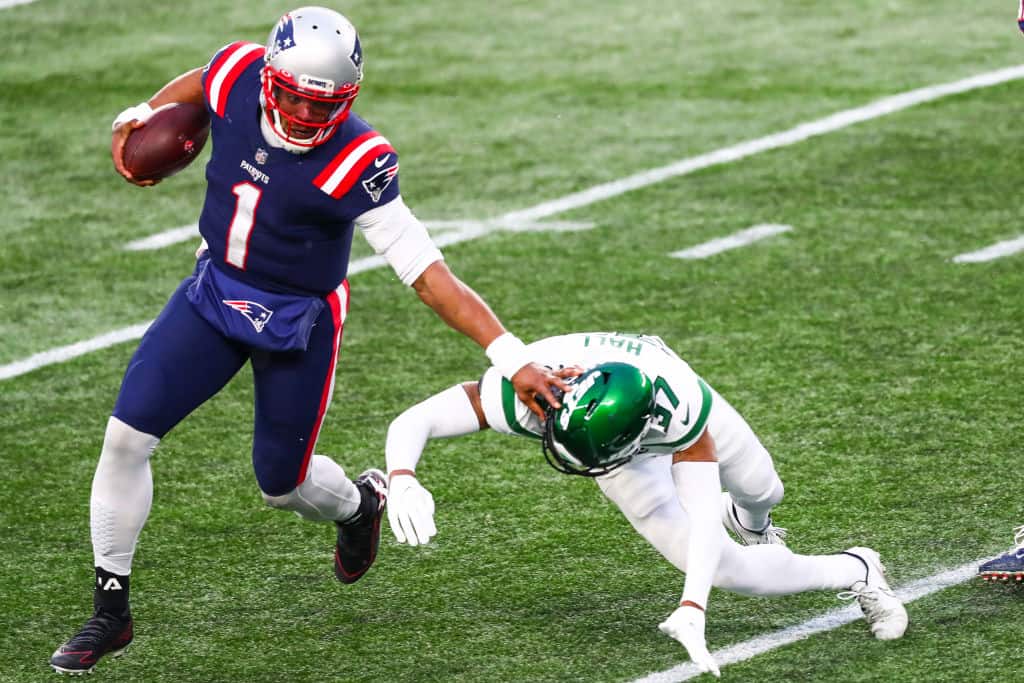 For the first time in what seems like decades, the New England Patriots enter the NFL‘s 2021 free agency period on the verge of a rebuild. After a disappointing 7-9 season, the Patriots face losing several players in 2021 who will be free agents come March.

The New England Patriots are entering uncharted waters as a franchise

Perhaps the term uncharted is incorrect, as the Patriots were a lower-level team for a while. However, after putting together one of the greatest dynasties in North American sports history, we tend to forget about the past.

After missing the playoffs for the first time in 12 seasons, the Patriots head into the 2021 offseason with a great deal of uncertainty. The Patriots likely don’t have the long-term solution at quarterback on their roster, their coaching staff and front office aren’t on the same page, and they have 25 players who are set to become free agents in March.

If there is one positive takeaway, the Patriots will have plenty of cap room to attack free agency in 2021. According to Over the Cap, New England is an estimated $57.3 million under the salary cap. That is the fourth-highest total in the NFL.

To be blunt, this is not a good offense. Even if Cam Newton was fully healthy, it might not have mattered as the wide receiver group on the team is one of the weakest in the NFL.

Julian Edelman missed several games and is not getting any younger. N’Keal Harry has failed to live up to expectations. Their best WR was a UDFA out of NC State (Jakobi Meyers). The Patriots knew this and even tried to play the possession game all season, and to an extent, it worked. New England faced the second-fewest plays in 2020 (982) and saw the fewest passing attempts (494). However, once behind, they could not catch up. Their 326 offensive points scored were the sixth-lowest in the NFL.

Who are players the Patriots could target to bolster the passing attack?

The way things stand, the Patriots could quickly get passed by the New York Jets for the worst team in the AFC East if they don’t act soon. Bill Belichick is 68 and not getting any younger.

The Patriots need to be in the mix for the marquee free agents of the 2021 class. Guys like JuJu Smith-Schuster, Allen Robinson, Chris Godwin, Corey Davis, and even Hunter Henry need to be considered. That is not even mentioning who will be throwing them the ball. Their 15th overall pick is the highest the team has had since 2008 when they selected Jerod Mayo.

Looking for a QB in the NFL Draft will be a hot topic for the Patriots, and they might need to move up inside the top 10 to secure one of the top four options.

First, the Patriots need to make decisions on their players who will be free agents in 2021

The largest name will be QB Cam Newton. However, the writing is likely on the wall. Simply put, the Newton experiment failed.

Heading into the finale, Newton was 21st in the NFL in completion percentage (65.4), 31st in passer rating (78.9), and 26th in passing yards (2,415) while throwing just 5 touchdown passes with 10 interceptions. It is likely his best game with New England was also his last. Newton threw for 3 touchdowns and 242 yards in the Week 17 finale.

His most significant contribution was as the Patriots’ best rusher. He ran 137 times for 592 yards and 12 touchdowns.

A possible free agency solution to the QB issue would be to sign Ryan Fitzpatrick and draft Mac Jones with the 15th overall pick. Fitzpatrick is a grizzled veteran who can be a bridge while Jones learns the professional game — essentially doing what he did for the Miami Dolphins with Tua Tagovailoa.

Thuney will hit the open market and, despite his age (28), could be one of the more highly coveted interior offensive linemen of the 2021 free agency class.

He has played in 90 career regular season and playoff games, more than any other player in NFL history through five seasons, and he has never missed a start. Thuney also has two Super Bowl rings as the Patriots’ best offensive lineman for a significant portion of that stretch.

Thuney spent more of his time at guard, but has also seen time at left tackle and center. He played the 2020 season under the franchise tag and could see one of the richest free agent contracts for a lineman in recent years. According to Spotrac, his estimated market value is $13.9 million on a five-year, $69.82 million deal.

Both RB James White and RB Rex Burkhead will be free agents in 2021.

White is one of the best pass-catching backs in the NFL and was used as such in New England. However, due to the Patriots’ run-first approach and Newton stealing carries, White had his least productive season since 2015.

Burkhead saw work as both a rusher and receiver for the Patriots. Unfortunately, his season was cut short due to a torn ACL in late November. Due to the timing, he likely won’t be able to play until late next season but could land on a contending team needing depth for a playoff chase.

The Patriots’ wide receiver group will take another hit as Damiere Byrd will be a free agent in 2021. Byrd finished his first season in New England with a career-high 47 catches for 604 yards and a touchdown to go with 2 carries for 15 yards. He saw an 89.1% snap share and played in all 16 games. Given the overhaul the position will see, the Patriots may re-sign Byrd.