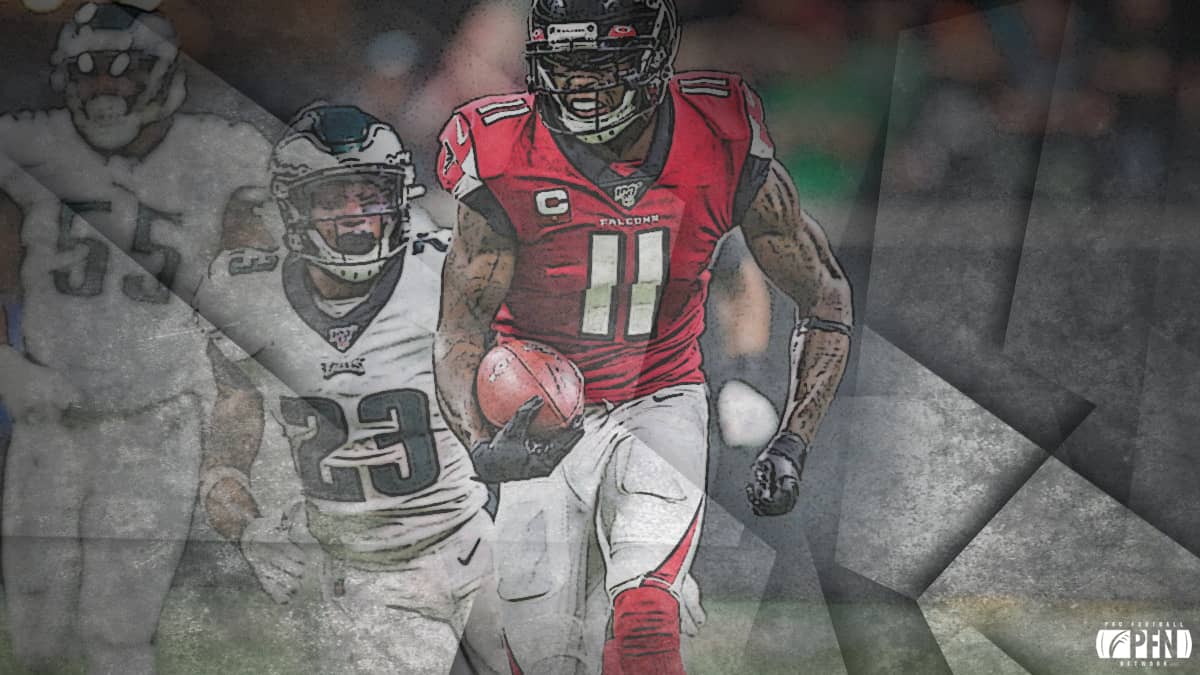 This is a golden era for the wide receiver position in the NFL. Not only are offenses playing three wideouts on the field together more than ever, but the talent coming into the league at this position these past few years is truly remarkable. It is an extremely deep position for fantasy football, but we also have some who stand out far and above the best. Below are the top fantasy wide receivers you should target in your fantasy football draft.

With all the respect in the world to Michael Thomas and Davante Adams, Jones is set up best to be the top fantasy wide receiver in 2020. Jones will be 31 this season but based on last year’s tape, there is no reason to think that he is slowing down one bit.

He is excellent after the catch, can still make as many explosive plays as anyone in the league, and can nickel and dime defenses with short precise routes as well. Plus, his chemistry with quarterback Matt Ryan is as good as it gets in the NFL right now.

Jones’ history of touchdown production is not ideal, and the Falcons have not gone his direction in the red zone as much as you might expect over the years. Still, it is not like this phenom cannot score touchdowns in bunches and despite popular opinion, Jones has only missed four games over the past six seasons.

But here is the key: Expect the Falcons to lead the NFL in pass attempts in 2020. Many thought Todd Gurley’s blocking with the Los Angeles Rams was the problem last year, but the tape showed that Gurley was not the same player as in recent years. So, like last year when Atlanta threw the ball 684 times (51 more than the Panthers, who were right behind them), Ryan is going to throw and throw and throw.

Jones has averaged at least 90 receiving yards per game now for seven straight seasons. Think about that for a minute. He also led the league in yards per route run for four consecutive years from 2015 to 2018. After Jones tears the league up again this year, you will hear more and more discussions surrounding his place in history as possibly the second or third best wide receiver ever to play the game.

Thomas is a machine. He’s caught 470 passes since 2016, which is 77 more catches than anyone else in football over that time. 470! And 149 of those were last year! But Thomas isn’t just a short yardage compiler – Drew Brees targets him all over the field.

Thomas was targeted 185 times in 2020. While that number is very likely to decrease, Thomas isn’t set up to have a reduced role in New Orleans’ passing attack. The Saints did realize that they were too Thomas-dependent last year, as evidenced by their acquisition of Emmanuel Sanders.

Alvin Kamara and Jared Cook will get plenty of action as well. And like Jones, Thomas doesn’t get a ton of targets in the end zone. Thomas was far and away the best player at his position for fantasy last year and very well could be again in 2020. Most have him as the consensus top fantasy wide receiver (WR1) in 2020.

Adams is the best route runner in the NFL. That is a tremendous trait to possess, but it is even more critical in this case. And although Adams is going to demand a ton of attention from opposing coverage schemes since the Packers do not have much around him in terms of other weapons, Adams will still get open despite such attention.

Adams played through injuries during the first half of the season but went crazy starting in Week 9. Aaron Rodgers trusts Adams far and away more than anyone else on the team, and we see this when Green Bay’s offense gets near the goal line.

Adams only caught five touchdowns last year during the regular season but hauled in 35 over the previous three seasons. Only Michael Thomas averaged more targets per game than Adams in 2019.

Do not forget two things – Adams caught 17 passes for 298 yards and two touchdowns in the Packers two playoff games when we last saw him, and he was the top wideout in fantasy in 2018. Also, Adams is set up to face one of the easiest schedules for wide receivers in the entire league. Adams is a sure bet as a top fantasy wide receiver in 2020.

The most dangerous player in football, Hill is set up beautifully to have another massive season in 2020. But unlike many boom-or-bust big-play receivers, Hill is very consistent with his week to week production. However, he can also be the guy who can win you the week with an explosive performance.

That is a lethal combination for fantasy football, and playing in Andy Reid’s offense with Patrick Mahomes as his quarterback doesn’t hurt either. The Chiefs also have a lot of continuity with their outstanding offense. Don’t forget that Hill did miss four games last year and, overall, had to overcome some injuries. He’s primed for a massive season and was an easy decision to include him as one of my top fantasy wide receivers this season.

Picking the fifth guy here was difficult. Without question, there were a lot of strong candidates. While it sure would have been nice to have seen Godwin and Tom Brady play together (even just some preseason snaps would have been helpful), we know that these two are going to put the work in to be ready for the season.

Plus, Brady’s history and skillset imply that he will pepper his new slot receiver with targets. Bruce Arians’ slot receivers are historically great fantasy producers, but the Bucs might play more 12-Personnel this year with their wealth of tight ends. That would align Godwin on the outside, but he has proven to be equally as dangerous on the perimeter.

Featured | The Terry McLaurin fantasy domination of the NFC East

Godwin broke out last year and is an incredibly talented player. He brings a much diverse all-around skill set than Brady’s traditional slot receivers of the past. He’s an excellent deep ball receiver as well as excelling after the catch.

Last year, Godwin finished second behind Thomas at the position in fantasy points per game and might only be getting better as a player. Godwin’s blend of efficiency and big-play ability is why he got the nod for this fifth spot on my top fantasy wide receivers list. 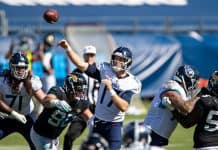 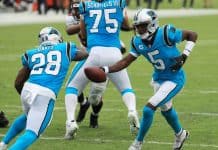