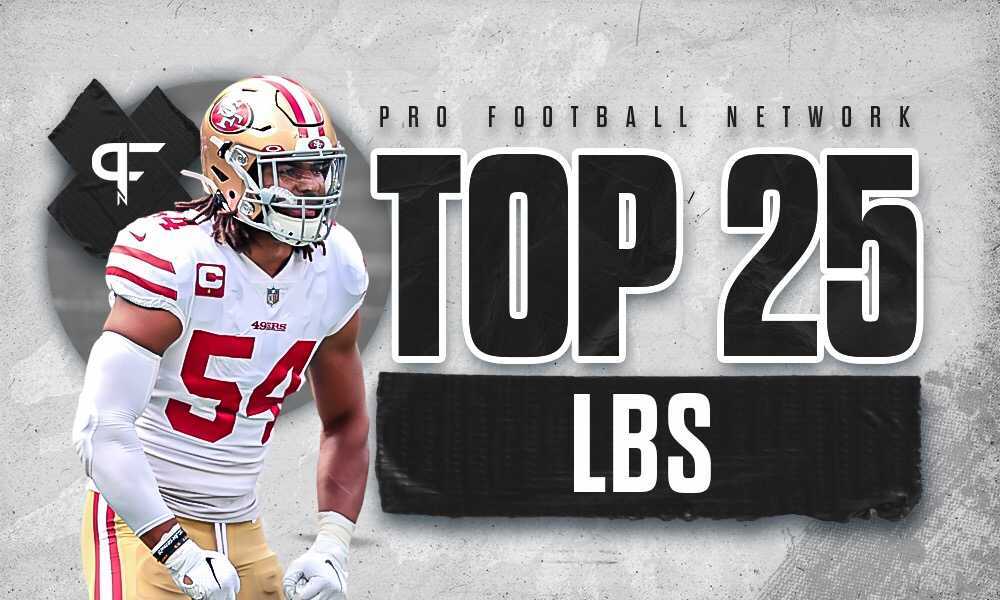 The bloody-nosed images of Dick Butkus may not capture the modern demands of NFL LBs, but there are elite players at the position who could suit up in any era.

Collins has been one of the most versatile defensive players in the league over the past few seasons. Furthermore, in 2020, he played more of a traditional off-ball role than in previous years. His long arms and body type would be best suited to playing more on the edge, but he can also do more than simply survive on the inside.

Prepare for the Devin Bush breakout in 2021. Bush is a twitched-up athlete with outstanding movement skills exhibited both against the run and in coverage. If he can fine-tune the mental aspect of the game and sure up a few missed tackles, Bush has the natural ability to land as one of the top 10 linebackers in the NFL heading into 2022.

Tremaine Edmunds enters his fourth season in the NFL in 2021. He is a seasoned veteran at this point, all the while still being younger than some players taken in the 2021 NFL Draft. Edmunds will be 23 for the entirety of his fourth season. He always possessed the upside sticker as a prospect and a young player, but he continues to improve mentally as his young career progresses steadily. He, like Vander Esch, is the old-school-bodied linebacker with new-school abilities.

Speaking of young players, Jack enters his sixth season in the NFL at just 26 years old. Jack has long been one of the top linebackers in the league.

He has sideline-to-sideline athleticism to defend against the run and the pass. But what makes him such a weapon is the trust he has in his athletic ability. He remains patient in coverage as a back approaches and can mirror movements in man coverage. He also does a great job driving downhill with outside zone, making plays toward the line of scrimmage without overpursuing.

Cunningham’s linear build makes him look a bit undersized for the position, but his long arms and plus athleticism allow him to explode into tackles and wrap up properly. Those long levers of his allow him to stack and shed linemen quite efficiently. It’s difficult to properly gauge his play from 2020, given the raging dumpster fire that was the Houston Texans. Still, his talent shines when things aren’t too murky in the middle of that Texans defensive line.

Martinez has been an underrated playmaker at the position for a while now. Yet, his 2020 season with his new team (Giants) was easily his best. Martinez is the beneficiary of pre-computer nerd Dave Gettleman dumping assets into every massive defensive lineman he could. But even when the front does its job, the linebacker still must make the plays.

Martinez is one of the top linebackers heading into the 2021 season. The tackling machine has also drastically improved his coverage prowess over the years.

Jones is one of only two real bright spots on Atlanta’s defense. His outrageous ability to cover for the position makes him one of the top linebackers in the NFL heading into 2021. His athleticism and technique allow him to be a hazard for offenses in the slot covering tight ends, and the Falcons even align him as a true safety situationally. Jones’ lack of length can cause some consistency issues as a tackler, but he brings the pop necessary to get the job done on the interior.

Many want to anoint Devin White the position’s foremost world-beater, but he’s not there yet. Heck, he’s still not even the best linebacker on his own football team. White’s propensity to make splash plays is reminiscent of Jaylon Smith’s breakout 2018 campaign that had even our own Matt Williamson drooling over him and Vander Esch as a dynamic duo. He didn’t even crack the list heading into 2021.

That’s not a cautionary tale, though. White is an ascending player who is one of the best blitzing linebackers in the league. If White is to become the best linebacker in football, he must continue to improve his consistency on a down-to-down basis. White enters his third season at just 23, and his story is just beginning. Don’t be surprised if he contends for the top overall spot heading into 2022.

Smith took awhile to catch his footing in the NFL, but he’s rounded into one of the top linebackers heading into 2021. Smith very much plays a similar style to Falcons linebacker Deion Jones. They are similar in size, and both dart around the field with outstanding lateral agility and explosion in a straight line. Smith will never be a downhill, gap-plugging, stack-and-shed player, but his superior athleticism gives him the range to chase down plays and slip blocks that others can not.

Davis quietly became one of the top linebackers in football the minute he stepped foot in the Superdome. That just so happened to be in the seventh year of his career. That isn’t to say he wasn’t good before, just that his game took the next step in New Orleans. Even at 33, he shows no signs of slowing down any time soon.

Lavonte David is one of the most frustrating names in football. David’s underrated to the point where it’s difficult to talk about anymore without blowing my top. Then 2020 happened, and everybody prematurely crowned Devin White. That was the final straw for me. The disrespect toward David officially triggers me. David has been a top-five linebacker in the National Football League for about five years now. PUT SOME RESPECT ON THIS MAN’S NAME.

Bobby Wagner has been at the top of the linebackers list for nine years now. He is the greatest linebacker of this generation outside of Luke Kuechly. His blend of run and pass defense is mind-boggling. He rarely misses tackles, and he affects the passing game as a rusher as well. And he does all of that as an absolute UNIT, standing at just 6-feet tall and a thick 245 pounds.

Chris Ballard and Matt Eberflus are geniuses. We all missed on our evaluations of Darius Leonard coming out of South Carolina State, but they sure didn’t. He’s been one of the top linebackers in the game since he first stepped foot on an NFL field. The “learning curve” for Leonard was just a flat line.

Anybody in the top five here could make a case for No. 1. Leonard possesses the innate ability to affect the football. That’s what makes him truly special. He finds a way to either take the ball away or make it hit the ground when it’s near him.

What Eric Kendricks accomplished despite playing linebacker behind a defensive line that I can only assume were a bunch of names that Mike Zimmer pulled out of a hat was one of the most under-told storylines in the league in 2020. Despite the PE teachers Minnesota employed on the defensive line, Kendricks went out and dominated the second level for the Vikings.

When healthy, Kendricks might be the best linebacker in football. He’s an absolute menace in coverage. His ability to bait throws and make plays outside of his frame on the ball is only matched by the top player on this list.

Fred Warner sits at the top of the list of linebackers heading into 2021. He’s also a cautionary tale as a draft prospect. Warner’s struggles defending the run in college were all fixable issues. His natural ability to look like a safety in coverage was not teachable.

It took him some time to round into form against the run at the NFL level consistently, but his third season landed him a deserved first-team All-Pro bid. Like Kendricks, Warner is a fluid mover who gracefully patrols the second level in zone coverage and is sticky in man.