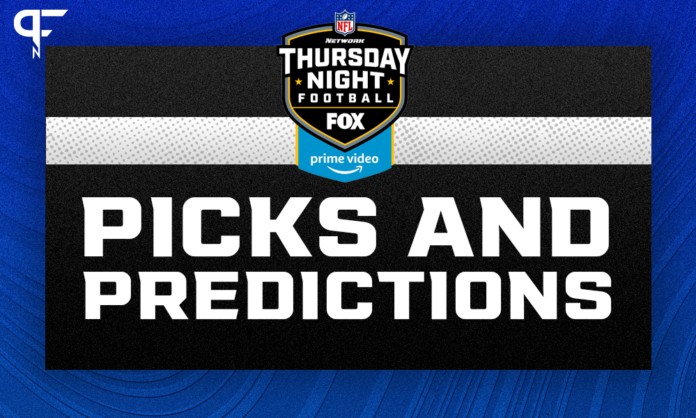 Thursday Night Football picks, predictions against the spread for Week 5

In our Week 5 Thursday Night Football prediction, we take a look at the NFL odds and provide a pick for tonight's Seahawks vs. Rams game.

Week 5 kicks off with an exciting NFC West matchup in prime time. The Seattle Seahawks and the Los Angeles Rams were both considered Super Bowl contenders before the season. Let’s dive into a Seahawks spread vs. a Rams pick and determine the best bet for this NFL betting prediction for this Thursday Night Football matchup.

The Rams look like the Super Bowl contender everyone predicted at the beginning of the year, as they now have a lethal offense to go along with their top-rated defense. Whereas former quarterback Jared Goff was a dink-and-dunk game-manager, Matthew Stafford can take the top off opposing defenses.

The Seahawks rose to Super Bowl contention the moment quarterback Russell Wilson entered the league, regardless of their offensive line inadequacies. He is an elite playmaker that elevates everyone around him. The biggest issue with Seattle this season comes down to their defense. Will their defense hold up to make them a good Thursday Night Football pick?

For years, the Seahawks were a run-first offense that focused on a ground-and-pound style attack, ultimately limiting Wilson’s attempts and rhythm. If opposing defenses honed in on the run game and limited those first and second-down yards, Wilson would be left in third-and-long situations. This never bodes well for quarterbacks, regardless of how talented they may be.

Dickerson led a Rams team that ranked in the top 10 in fewest sacks allowed for four years in a row. With a Seattle offensive line that caused headaches for Wilson, this type of pedigree brought a smile to his face. Los Angeles had a top-10 rushing attack in three of the last four seasons, which should assist the offense.

Although the Seahawks are still bottom 10 in sacks allowed, Dickerson should have plenty of opportunities the remainder of the season to prove his capabilities against some of the best defenses in the league.

Seattle is doing well offensively. They rank in the top 10 in scoring to start the 2021 season, with 25.8 points per game. They also rank in the top six in both rushing and passing touchdowns, showcasing a balanced attack.

Wilson is completing 72% of his passes for 1,044 yards with 9 touchdowns and 0 interceptions. With weapons like Tyler Lockett and DK Metcalf, it’s no surprise the Seahawks can put points up in the flurry.

The question for Seattle will come down to their defense. The Seahawks are dead last in multiple defensive categories, including yards allowed, first downs allowed, and rushing yards allowed. Seattle is also the 27th-ranked DVOA pass defense, which means they can’t just sell out against the run.

With the balanced attack of the Rams, it will be interesting to see how the Seahawks attack this Rams offense. However, this is a prime-time divisional game, and weird things tend to happen in these Thursday Night Football predictions.

Not much needs to be said about Los Angeles. They have consistently ranked in the top five regarding defense year in and year out. It’s easy to accomplish when you have an anchor in Aaron Donald and a shutdown corner in Jalen Ramsey.

The one area of the Rams’ defense Seattle can expose is the run defense. Los Angeles is only 22nd in DVOA against the run, allowing 4.7 yards per carry. This ranks 27th in the league and can be exposed by opposing offenses. Considering the Rams are tied for sixth with 12 sacks this season, it would be wise for the Seahawks to prevent them from pinning their ears back and attacking Wilson nonstop.

Recent Seahawks vs. Rams games tend to be tight affairs with low-scoring results. One would have to go back to October 3, 2019, to find a meeting that topped 50 points. Los Angeles has dominated the series lately, as they have a 6-3 head-to-head record against Seattle over the last four seasons, including the playoffs. I’m expecting more of the same with this Thursday Night Football pick.

The Rams will have their work cut out for them with the 12th Man back in full force. They have the advantage of catching a Seattle team that has had spurts of offensive inconsistency. This game will be an exciting matchup between two teams with uncharacteristic issues on the side of the ball known to be their strength.

Los Angeles will need to contain Freddie Swain if they want to keep this game close. Ramsey will focus on Metcalf, and the Rams will likely deploy double coverage against Lockett. This leaves inexperienced cornerback David Long Jr. or a linebacker covering Swain.

If the Rams have difficulty stopping the run (as they’ve shown recently), and if Swain can capitalize on crucial third-down opportunities, Seattle could move the ball efficiently against this top-flight LA defense.

One method for the Rams to limit these opportunities is to employ a run-first offense. The Rams were run-dominant in years past with Goff at the helm, and a similar attack may be necessary to limit Seattle.

The Rams should dominate this game on paper, considering they have an elite defense to stop Wilson and Co. as well as a potent offense to expose Seattle’s poor defense. One scenario to consider is the Seahawks resorting to a run-first game script for multiple reasons.

Firstly, they can eat up the clock and limit the opportunities by the Rams’ offense. Secondly, Los Angeles is currently one of the worst defenses against the run, and, in theory, Seattle should be able to move the ball with ease using a balanced attack.

Add this element into a divisional game that will remain close with two teams that know each other exceptionally well, and I’ll be taking a 6.5-point teaser to increase Seattle’s spread and boost the total to take the under.

With what I expect to be two run-dominant offensive game plans and a model projecting a 29-24 Seahawks victory, I’ll gladly take Seattle +9 paired with under 60.5 points in a teaser with a -125 juice for this Thursday Night Football pick.