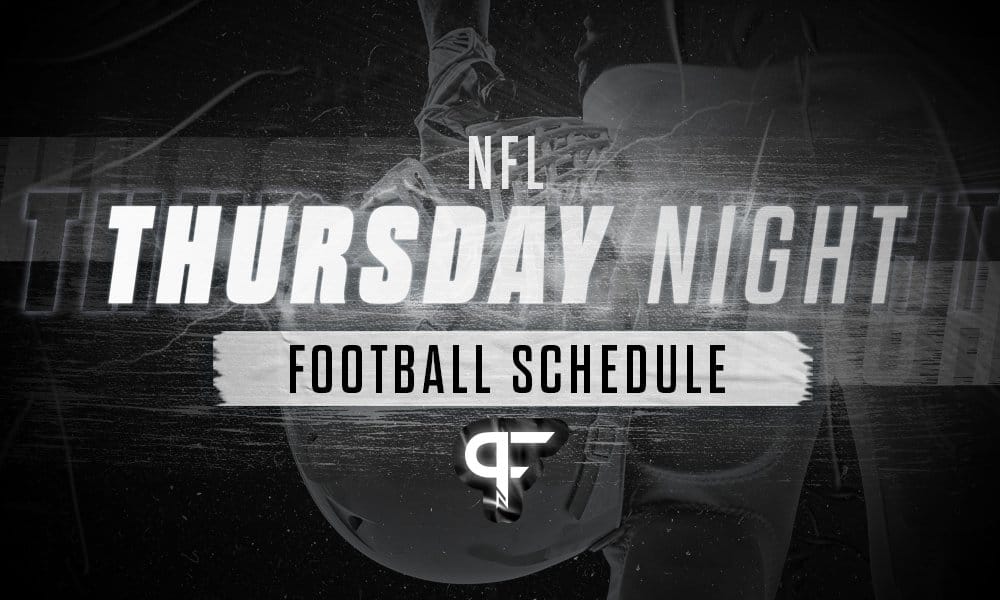 Schedule subject to change during the season.

Across the course of a full season, Thursday Night Football sees a mixture of announcers. FOX Sports lead announcers Joe Buck and Troy Aikman lead the majority of the coverage, whether the game airs on FOX or NFL Network. Buck fills the role of the play-by-play announcer while Aikman adds the color commentary.

The announcing duo is joined by Mike Pereira as the rules expert, with Erin Andrews and Kristina Pink reporting from the sideline. This combination has covered the majority of Thursday Night Football games since 2018.

However, other networks also carry broadcasts on a Thursday during the season.

NBC broadcasts the NFL Kickoff game and the third Thanksgiving game. The Kickoff game sees Al Michaels and Chris Collinsworth announcing the game. The remainder of the NBC gameday announcing team consists of either Michele Tafoya or Kathryn Tappen reporting from the sideline and Terry McAuley as the rules analyst.

The Thanksgiving broadcast usually sees a change in announcers from the regular Sunday Night Football team. Mike Tirico fills the role of the play-by-play announcer, with Tony Dungy as the color commentator.

The games broadcast on NFL Network are typically still announced by Buck and Aikman. However, on occasion, NFL Network carries games with its own announcer team. The combination is led by either Adam Amin or Joe Davis as the play-by-play announcer. They are joined by either Mark Schlereth or Kurt Warner as the color commentator. The sideline reporters are Lindsay Czarniak and Melissa Stark, with Dean Blandino the rules expert.

Amazon acquired the rights to broadcast some Thursday Night Football games in 2017. Additionally, they offer an alternative announcing team comprised of Hannah Storm on the play-by-play and Andrea Kremer as the game analyst.

Although not technically part of Thursday Night Football, CBS does broadcast one of the Thanksgiving games. This is usually covered by the lead announcing team of Jim Nantz as the play-by-play announcer and Tony Romo on the color commentary.

What channel is Thursday Night Football on?

Across the season, the broadcast channel for Thursday Night Football varies. The main channels are FOX, NFL Network, and Amazon Prime. However, NBC and CBS also carry some Thursday games during the season. Check the full schedule above to determine which broadcaster is airing which game in 2021.