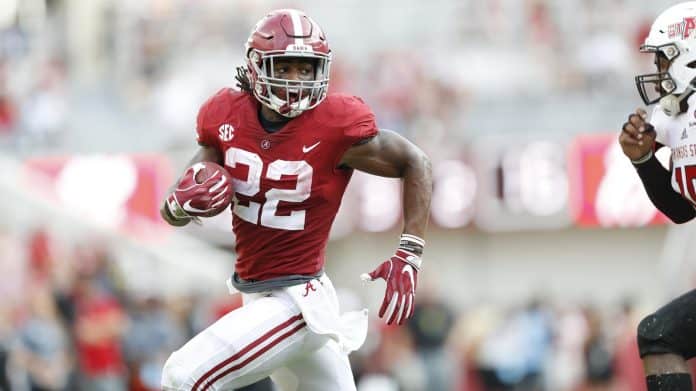 Three targets for the Pittsburgh Steelers in the 2021 NFL Draft

Pittsburgh has a loaded roster, but they could use some enhancements. Let's review three targets for the Steelers in the 2021 NFL Draft.

The Pittsburgh Steelers are one of the NFL’s premier franchises, winning a record-setting six Super Bowls since their inception in 1933. After missing out on the playoffs in 2019, Pittsburgh is not only a playoff contender this season, but also a legitimate Super Bowl threat as well. While Pittsburgh has one of the league’s best rosters, they still could bolster a few positions and must start thinking about the future. In particular, there are three targets that the Steelers should consider in the 2021 NFL Draft.

Before we look at specific players that would fit the Steelers’ mold, let’s take a logical look at where their roster currently stands.

The team’s biggest question mark is the health of quarterback Ben Roethlisberger. When healthy, “Big Ben” is one of the best quarterbacks in the NFL, winning two Super Bowls in his illustrious career.

With that said, the Steelers will go nowhere if Roethlisberger isn’t healthy. We saw this first-hand in 2019, as Pittsburgh was forced to rely on the likes of Devlin Hodges and Mason Rudolph when Roethlisberger suffered a season-ending elbow injury. The biggest question regarding the Pittsburgh Steelers is whether they should target a quarterback in 2021 to eventually replace the 38-year old Roethlisberger?

The Steelers are young and loaded on the defensive side of the ball. Players such as Minkah Fitzpatrick, Devin Bush, Cameron Heyward, Stephon Tuitt, Bud Dupree, and T.J. Watt give Pittsburgh one of the league’s most feared defenses.

However, the defense took a hit when they lost defensive tackle Javon Hargrave to free agency, and the team’s top cornerback, Joe Haden, will be 31-years old when the 2020 season kicks off. While the defense is spectacular, these blossoming needs cannot be ignored.

Now, let’s look at three players that the Steelers should target in the 2021 NFL Draft that will make them better immediately and for the foreseeable future.

Three targets for the Steelers in the 2021 NFL Draft

The Steelers have a long, storied history of having bruising running backs such as Jerome Bettis and Franco Harris. It’s no secret that James Conner has underwhelmed as the team’s starting running back. It’s time for the Steelers to upgrade, as a reliable running game is essential to preserving Ben Roethlisberger.

Alabama’s Najee Harris is the most complete running back prospect in the 2021 NFL Draft. He is coming off the heels of an exceptional 2019 season, in which he rushed for 1,224 yards and 13 touchdowns. One of Harris’ best traits is the capacity to be a viable receiver out of the backfield, and this was evident last season as Harris caught 27 passes for 304 yards and seven touchdowns.

Harris has great size, sporting a compact and muscular build. He is a powerful runner, who rarely goes down on initial contact. He runs with good vision and possesses elite contact balance. He excels at picking up the blitz and is a quarterback’s best friend in the passing game.

Harris made a believer out of Matt Valdovinos, as Valdovinos states, “I went into last season believing that Harris was one of the more overrated prospects in college football. He proved me completely wrong. Harris is a tenacious runner with dominant size and strong production. While it’s easy to look at him and assume he’s just a power back, Harris is so much more. He’s a phenomenal receiver and a load to tackle. Although he doesn’t possess elite athletic ability, he still possesses requisite burst and impressive wiggle for a 230-pound back.”

Harris would look nice in the black and gold while providing a major upgrade to Conner. His bruising running style would be a welcomed addition to the AFC North. One person who would be a big fan of the Steelers selecting a dynamic player like Harris would be Roethlisberger.

In early 2021 NFL Mock Drafts, one popular choice for the Pittsburgh Steelers is LSU defensive tackle Tyler Shelvin. Selecting a nose tackle in the first round of the NFL Draft isn’t always popular, but it can very effective. It’s worth mentioning that Hargrave’s departure in free agency created a vacancy at nose tackle for Pittsburgh.

Shelvin is a monster, possessing a staggering blend of size and athleticism. He consistently demonstrates the ability to dominate the line of scrimmage, utilizing his power and quickness off the snap to obliterate double teams. He is a run-stuffing phenom and the type of player whose best work doesn’t show up on the stat sheet.

Unfortunately, Shelvin opted out of the 2020 college football season, so we won’t be afforded the ability to see him play this season. Lucky enough for him, his 2019 tape was spectacular and his addition could take the Steelers defense from great to elite.

The Steelers are far too good of a team to find themselves in the sweepstakes to land one of the top 2021 quarterback prospects, but they still could consider an heir apparent to Ben Roethlisberger towards the end of Round 1. One quarterback currently battling to be dubbed “QB4” in the 2021 NFL Draft is Florida’s Kyle Trask.

Trask busted onto the scene in 2019, making the Florida Gators a legitimate threat in the SEC. He threw for an impressive 2,941 yards and 25 touchdowns while completing 67% of his passing attempts.

Trask has good football intelligence and plays the game with a lot of passion. He has a quick, smooth release and throws with anticipation. He demonstrates moxie under pressure, allowing him to read through his progressions.

Scott Gorman is a fan, stating “Trask also has ideal size and outstanding arm strength for the position, allowing him to see the field exceptionally well and process his reads quickly. He gets rid of the ball speedily and on-time in ideal spots for the receivers to make plays.”

Some might think spending a Round 1 pick on Kyle Trask is too rich, and I tend to agree. However, it is a quarterback-driven league, and allowing Trask to hold the clipboard for a year to learn from Ben Roethlisberger would be quite the luxury. Whether it’s Trask or someone else, it’s time for Pittsburgh to start thinking about life after Big Ben.