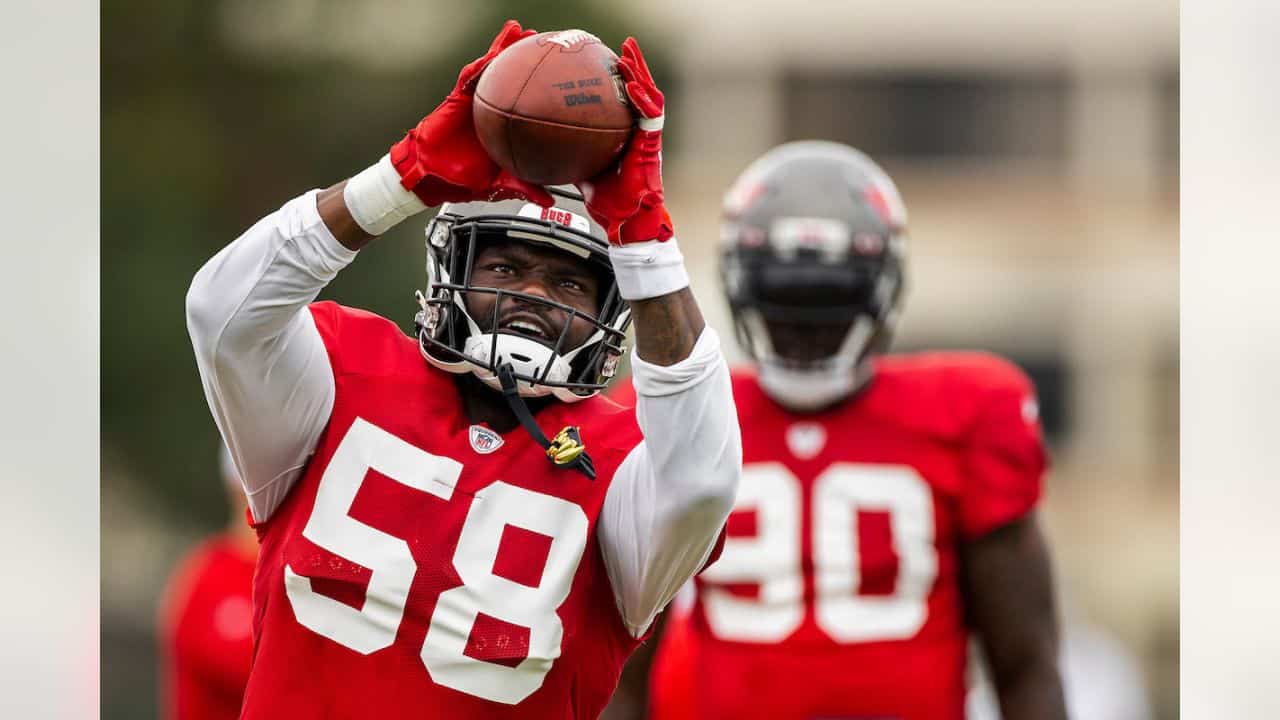 What's in this article? Click to show
Planning for the future
A pass rusher to pair with Shaquil Barrett
Protecting the blindside

Yes, I know, it’s absurdly early to be looking at the Buccaneers draft strategy in 2021. That being said, if everything goes according to plan, the Bucs could be looking at drafting one or two more pieces to take them the distance. Or, they could be looking at ways to improve a Super Bowl-winning team, but we’re getting ahead of ourselves. Yes, expectations are that high for this Buccaneers team in 2021. Now, with less than two weeks left until the cleats hit the field, let’s look at a few possible Buccaneers position targets for the 2021 NFL Draft.

Planning for the future

Tom Brady signed a contract for two years. It’s clear to everyone he will be the starter for the Buccaneers for at least two years. Playing those two years puts Brady right at about the 45-year-old mark, which was the age he said he wanted to play too.

Even if the Buccaneers somehow make a deep run into the post-season, the time to draft a quarterback is 2021. So who will it be, and is there a chance it is Trevor Lawrence? Not quite, but the Bucs should be looking at taking a quarterback early in the upcoming draft.

I’m pretty sure most will be firmly against this idea by the end of the year, but an investment in the future in the early round is precisely what this team needs. Bucs fans are familiar with struggling year in and year out, but planning for the future can help mitigate those struggles. Holding off on drafting a quarterback in 2021 could lead to being forced to draft one under the gun in 2022. That’s not exactly an ideal situation for a team to be in.

A pass rusher to pair with Shaquil Barrett

The fact of the matter is, Shaquil Barrett is a premier edge rusher in this league. Yes, he only has one full year as a starter in all 16 games, but while many feel 2019 was a fluke, I disagree wholeheartedly. After this year, the league will be on notice; Barrett deserves to be part of any conversation, including names like T.J Watt, Cameron Jordan, and Chandler Jones.

Pass rusher is a premium position in this league, second only to the quarterback position. If everything goes according to plan, the Bucs will be extending Barrett next year. Even though this year Jason Pierre-Paul will play the opposite side of Barrett, Pierre-Paul isn’t getting any younger.

Related | Which three Buccaneers players have the most to prove in 2020?

The Bucs haven’t spent a premier pick (top three rounds) on the defensive line since they drafted Vita Vea in 2018. In fact, since 2008, the Buccaneers have only spent four premier draft picks on players listed as defensive ends.

Yes, the Bucs could benefit from spending some draft capital on someone to rush the passer. Imagine if the Bucs had found a way to pair Josh Allen with Barrett? We’ll see how it all shakes out this year, but if they can, a pass-rushing stud is never a bad choice.

As I’ve discussed in previous articles, this year is a crucial year for Donovan Smith. His performance will be at a central part of what this team achieves in 2020. So far, nothing but positive things are coming out of camp in regards to Smith. If he doesn’t perform and Brady ends up on the ground too often, the Bucs could be looking at a left tackle early in the 2021 Draft.

Of course, if Brady gets hit often, it won’t only be on Smith. Taking a good look at the offensive line, LT stands out as a possible Buccaneers position target in the 2021 NFL Draft.