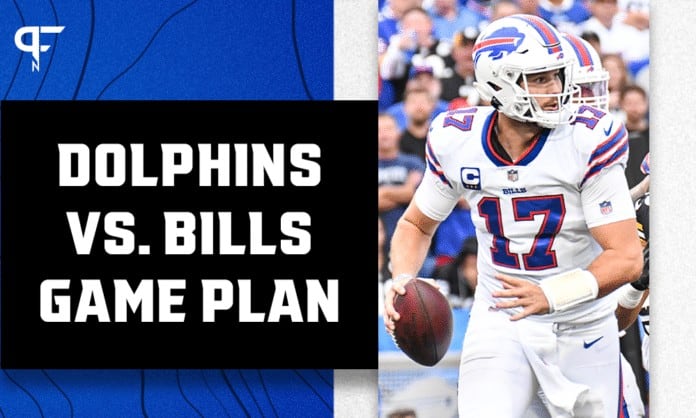 The surest way for the Miami Dolphins to lose to the Buffalo Bills Sunday? Blitz Josh Allen

Brian Flores loves to blitz, but if the Dolphins have any chance against Josh Allen and the Bills, it's probably best they don't.

By Adam H. Beasley
September 16, 2021
What's in this article? Click to show
The Dolphins have had no answers for Josh Allen
Less blitzing gives Miami best chance of winning against Buffalo
Blitzing Allen has shown not to work

Fight the temptation, Brian Flores. We know you love to bring the heat. But don’t do it against Josh Allen Sunday at Hard Rock Stadium. Or odds are your fifth meeting against the Buffalo Bills as a head coach will end up like the first four: With a loss.

The Dolphins have had no answers for Josh Allen

Allen’s career 114.3 passer rating against the Miami Dolphins is the best against any team he’s faced multiple times. And he gets better against Miami every year. He has reeled off five straight wins against the Dolphins, and last year was a total clinic.

The Dolphins missed out on the playoffs because the Bills swept them, including a 30-point shellacking in Week 17 when the Dolphins faced a win-and-get-in scenario.

Defensive coordinator Josh Boyer could only watch in horror as the Dolphins allowed 56 points — including 3 touchdown drives in an 11-minute stretch.

“This is 21 years of coaching for me, and not all of them have gone exactly the way that you want them to go,” Boyer said. “I think your approach and the things that we believe in — fundamentals, techniques, taking it one play at a time — I don’t think that changes. I don’t think one game changes that. Obviously, in some games, things go your way; in some games, they don’t.

“I think our approach is put the players in the best position to succeed and work hard to make sure that we’re doing that,” Boyer continued, “and really focus on our fundamentals and our techniques, playing one good play at a time and doing it for 60 minutes because wins are very hard to come by in this league, and we’re going to have to be at our best for an entire game.”

The Dolphins have a blitzing DNA. They brought an extra defender on 40.8% of opposing pass plays in 2020 — second-most to only the Baltimore Ravens.

And that approach largely worked. They were in the top half of the league in quarterback knockdown rate, pressure rate, and quarterback sacks. But there’s a chance opposing offenses have figured them out.

Miami blitzed Mac Jones on more than half of his dropbacks in his career debut — with little effect. The Dolphins got pressure on him on 11 of 40 dropbacks, but Jones still went 14-of-18 for 124 yards against the blitz and 7-of-10 for 71 yards and a touchdown against pressure.

In Buffalo, meanwhile, the Pittsburgh Steelers had Allen a bit mixed up — by simply playing coverage and generating pass rush up the middle. The Steelers limited Allen to 5.3 yards per pass and just 1 touchdown by blitzing him only once.

Our guess? Mike Tomlin learned from the 2020 game tape.

Blitzing Allen has shown not to work

Last year, the Dolphins got cooked by Allen by sending an extra rusher on 31 of his 62 dropbacks. It didn’t help that they were able to generate pressure on only 12 of those passing attempts, sacking him just twice.

What’s more, most of Allen’s recent struggles (not that there have been many) have come against flooded defensive backfields. He has posted a poor pass rate of 25% or worse in 14 of his 45 NFL games, but none since the start of the 2020 season.

Only twice has a high-volume blitz game plan been effective in getting him off his game:

And nearly a year to the day later, when the Steelers somehow lost despite holding Allen to 5.5 yards per attempt and a 77.5 passer rating.

But the other six teams who blitzed Allen 17 or more times last year gave up an average of 33 points and 348.7 passing yards.

The Dolphins’ best hope is getting pressure with their front four and covering with the other seven, but that task got taller with Raekwon Davis out at least three weeks with a knee injury.

“Each year, just seeing him from his rookie year, he’s taken a big jump each year,” said Dolphins cornerback Xavien Howard on Allen. “I feel like he was a top-five quarterback last year.”