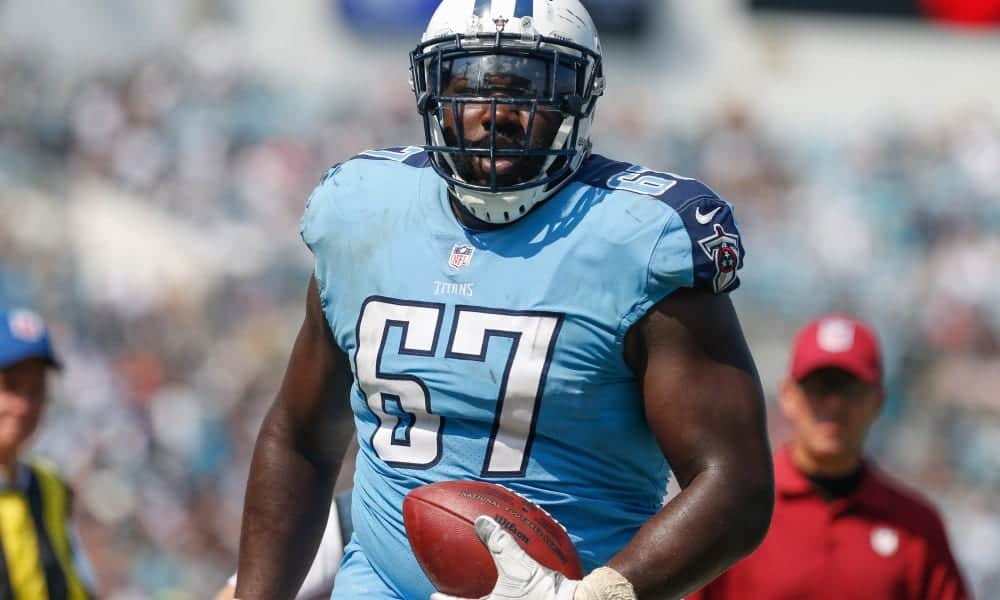 Previously in my review of the Tennessee Titans 2019 offseason, I examined the team’s needs at the cornerback and outside linebacker positions. In my final installment, I head back to the trenches and look at the offensive guard position. While the Titans will likely continue to employ Josh Kline at the right guard position, left guard Quinton Spain is a free agent in 2019. The 27-year-old veteran earned $1,907,000 in 2018. The Titans could choose to bring him back in 2019 for a similar price on a one-year deal.

According to Pro Football Focus, Spain was the 43rd best overall guard (out of 131 qualifying players) and had an overall grade of 62.3. Specifically, Spain was the 33rd best pass blocking guard (75.6 grade) and the 56th run-blocking guard (57.3 grade). As a pass blocker, Spain was in the top half of all guards in the league and is worth just shy of 2 million dollars a year as a younger veteran. However, as a run blocker, the Titans may want to look to replace Spain, especially given the teams power-run offensive identity.

Consider, for example, Quenton Nelson and the Indianapolis Colts. A first-round pick in 2018, Nelson completely transformed the Colts offense and helped QB Andrew Luck return to form. The Colts, as a result, became a tough-nosed football team that destroyed opposing defenders at the line of scrimmage and boasted the NFL’s 2nd best rushing attack.

Unfortunately, offensive guards usually require a premium in free agency. I think the Titans should re-sign Spain for a similar amount or draft his replacement.

Should Tennessee decide to draft Spain’s replacement, this year’s draft is rich at the guard position. With the 18th overall pick, the Titans could draft prospects like Oklahoma’s Cody Ford, who could begin his NFL career at guard before moving to the tackle position. Jon Ledyard, of the Draft Network, had this to offer about Ford:

“There is no question that right now his physical and athletic gifts are superior to his polish, but Ford has the traits to be a top-tier player in the NFL. He needs refinement and proper coaching, preferably at tackle first and then moving to guard if he consistently struggles on the outside. Ford’s ceiling may be higher at guard, but his value could be greater at tackle if he hits. The redshirt junior should be one of the biggest risers of the pre-draft process and has a legitimate shot to be a first-round pick.”

Ford’s versatility makes him an attractive prospect. His ability to play tackle or guard offers extra value to the Titans. They may not be able to pay both Taylor Lewan and Jack Conklin soon.

While Cody Ford is an excellent early round option, I think the Titans will ultimately find their man in the later rounds, given this draft’s depth. For me, this guy is Wisconsin’s Beau Benzschawel. At 6-foot-5, 317 pounds, Benzschawel has ideal size for the position and is a run mauler in the rushing game.

The Draft Network’s Kyle Crabbs had this to say about the Wisconsin product “Benzschawel projects most favorably as a gap/power right guard at the NFL level. He provides ample push in the run game but in order to be a consistent starter in the NFL he will need to focus on not over-extending himself and finding more functional strength in his hands. Benzschawel is a frustrating talent who clearly has traits that can make an impact but his restrictions in mobility will make him very scheme specific in a power run-heavy scheme.” For a full breakdown, click here.

Given his strength in a power-run based scheme, I think Benzschawel would be the perfect replacement should the Titans choose to move on from Spain.

Free Agency or the NFL Draft?

Head coach Mike Vrabel likes physical, tough players that can win at the line of scrimmage. I think the Titans will avoid the expensive free agency route and target players in the NFL Draft, utilizing the value of the depth in the later rounds to make their selection.