In the last two seasons, the Seattle Seahawks offense focused more on the running game and less on star quarterback Russell Wilson. Here's why that decision was a big mistake.

By Lucas Ellinas
June 2, 2020
Jump around this article Click to show
The Seahawks offense focused more on the running game than almost any other team over the last two years
Wilson has been a superstar for the Seahawks in recent seasons
Explaining why Wilson’s grade was so high
Other teams have successfully built around their running games, but it doesn’t make sense for the Seahawks
The Seahawks should shift their offensive focus onto Wilson

Over his career, Seattle Seahawks quarterback Russell Wilson has proven to be one of the best in the NFL. Even his biggest critics need to admit that Wilson is, at the very least, a good quarterback. After all, he was in the conversation for MVP last season before Lamar Jackson literally ran away with the award. And yet, despite Wilson’s consistent success, over the previous two seasons, the Seahawks have shifted the focus away from their star quarterback and onto their running game.

In 2017, Seattle ran the ball an average of 25.6 times per game and threw it 34.7 times. That meant they threw the ball significantly more than the average NFL team. However, since Brian Schottenheimer became the team’s offensive coordinator, that ratio has shifted dramatically.

Two years ago, Seattle was one of just two teams that ran the ball more often than they passed it, averaging 33 rush attempts per game compared to 27 pass attempts. This past season they pulled back slightly, only averaging 30 rushes in comparison to 32 passes, but that was still the fifth-highest ratio in the NFL. This dramatic shift in offensive style is strange because for years Seattle’s best player has been their quarterback.

Related | The top 25 NFL quarterbacks heading into the 2020 season

Wilson has been a superstar for the Seahawks in recent seasons

To understand why Seattle’s focus on the running game is so baffling, we must first look at just how good Wilson has been during his time in Schottenheimer’s offense. Despite the Seahawks shifting their focus away from him, Wilson has thrown for 7,558 yards, 66 touchdowns, and just 12 interceptions over the last two seasons. He also rushed for 718 yards and three touchdowns. For a player in a run-focused offense, those are excellent numbers.

Wilson also performed incredibly well according to PFN’s Offensive Share Metric (OSM). The metric measures how much impact a player had on their offensive production. Put another way, it calculates how valuable they were to their offense. And over the last two years, Wilson has been one of the most valuable quarterbacks in the NFL. In 2018, his grade of 27.97 ranked fifth in the NFL among qualifying quarterbacks. Last season, he performed even better with a grade of 29.99, which ranked third.

Looking at the chart below, you can see Wilson’s week-to-week performances, charted by how many OSM points he earned per minute of play. The yellow line represents the league average at the position. 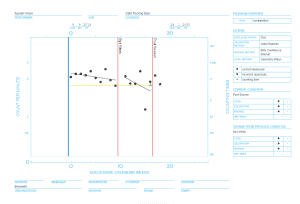 As you can see, Wilson started the season on an absolute tear but became significantly less consistent as it wore on. That isn’t good, but even as his consistency dropped, Wilson was still above average in the vast majority of his games. His only notably ineffective game came in Week 16, with an OSM grade of 8.15.

Even more important than how consistently good Wilson has been, was how important his level of influence was on the Seahawks’ success. In the six games where Wilson was slightly above or below average, Seattle went 2-4. In all other games, they were 9-3. So, not only did Wilson have an enormous amount of influence over his offense’s success, but when he had an off game the team would lose as a result more often than not.

Explaining why Wilson’s grade was so high

To see why Wilson performed so well according to the OSM, all you need to do is look at his advanced metrics. He ranked highly in just about every category that the OSM measures.

To start with, he threw the ball further downfield than the vast majority of qualifying quarterbacks. Across all of his attempts, Wilson’s passes traveled an average of 9.4 yards before being caught or falling incomplete, which ranked fourth in the NFL. As is almost always the case, his average only on completions was lower, at 6.8 yards, but that was still good enough to rank sixth.

What makes Wilson’s deep-ball tendencies even more impressive is how accurate he was. According to the NFL’s advanced metrics, his completion percentage of 66.1% was 4.8 yards higher than expected, the fourth-highest differential in the NFL. In other words, Wilson threw the ball significantly further downfield than most other quarterbacks, while also completing those passes at a much higher rate than he should have.

Other teams have successfully built around their running games, but it doesn’t make sense for the Seahawks

I don’t want to give the impression that I think building an offense around the running game is an inherently bad idea. After all, multiple teams last season saw a great deal of success with run-focused offenses. The most obvious example was the Baltimore Ravens, who designed their entire offense around Jackson. However, their system was so unique that running it without Jackson, or a player like him, is nearly impossible. As such, comparing them to Seattle isn’t a particularly useful exercise.

Better examples would be the San Francisco 49ers or the Tennessee Titans, both of which made it further in the playoffs than Seattle did last season using a more conventional run-focused offense. However, there are notable differences between those teams and the Seahawks.

For San Francisco, running their offense through their quarterback isn’t really a possibility. Jimmy Garoppolo, while arguably better than most fans might think, is nowhere near Wilson’s level. Meanwhile, the 49ers had two running backs with OSM grades ranked in the top ten at their position: Raheem Mostert (fifth) and Tevin Coleman (seventh).

The Titans were a slightly different case. Quarterback Ryan Tannehill played incredibly well last season, ranking as the best quarterback according to the OSM. However, Tennessee also had the OSM’s highest-ranked running back in Derrick Henry. They would be foolish not to make him a feature part of their offense.

The Seahawks, meanwhile, are not in either position. Their positions of strength are in their passing game. Wilson is the most obvious example of this, but I haven’t even mentioned Tyler Lockett, who put together a stellar season, ranking fifth overall according to the OSM, or D.K. Metcalf, who proved a lot of doubters wrong during his rookie year.

Meanwhile, running back Chris Carson was statistically productive, but the OSM shows that he wasn’t particularly effective. His OSM grade of 14.18 ranked 24th in the NFL. Only a madman could look at those statistics and not think it was at least a little strange that Seattle has been running the ball as often as they have been passing it.

Related | The top 25 wide receivers in the NFL

The Seahawks should shift their offensive focus onto Wilson

It’s difficult to predict precisely how Wilson, and the Seahawks offense in general, would perform in a new scheme. You could reasonably argue that, if Seattle dramatically changes their offensive style, Wilson might see a decrease in his efficiency.

However, I have two responses to that argument: first, that Wilson has performed well in the past offenses. His OSM grade in 2016, when Seattle passed the ball far more often than they do now, was 33.26, which was third-best in the NFL. He has, over the course of his career, proved that he can succeed in a variety of offenses.

The more important point is that Seattle’s current offense focuses on an area of weakness rather than strength. If the Seahawks were winning Super Bowls, you could argue their focus on the running game, strange as it might seem, was a good thing because it was working. But while Seattle has undoubtedly been successful during the regular season, they lost in the Wild Card round in 2018 and in the Divisional round last season.

That is far from terrible, but a team with one of the NFL’s best quarterbacks should be able to do better. Wilson is the Seahawks’ best and most effective player; putting the ball in his hands more often is surely worth a try. Doing so might even bring them back to the Super Bowl for the third time in Wilson’s career. Hopefully, their bizarre obsession with running the ball doesn’t get in the way of that possibility.