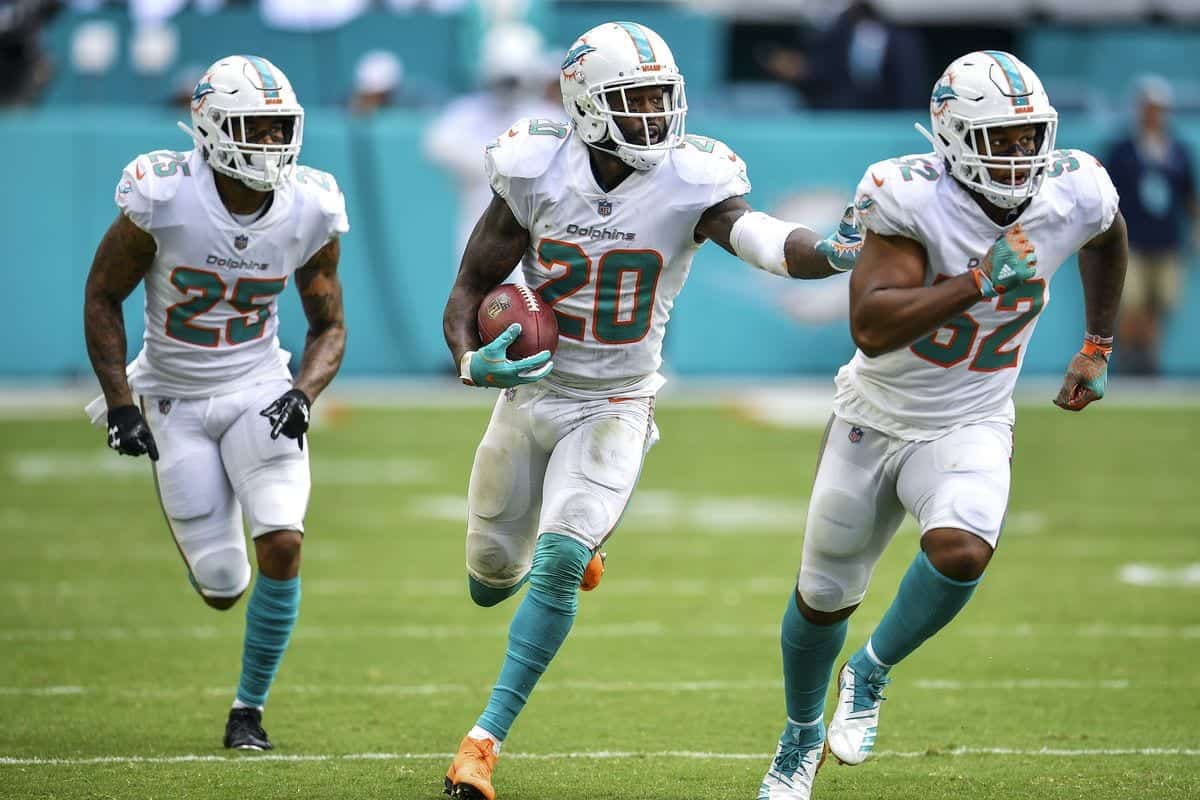 Photo Credit: Mark Brown/Getty Images
What's in this article? Click to show
Reshad Jones
Preston Williams and Josh Rosen
New to the show?
Follow our other podcasts and hosts on PFN

Reshad Jones is a safety that the Miami Dolphins no longer need. So it seems. The Dolphins have been squeaky clean without Jones so far this offseason. Though it seems they will not trade Jones, it is now becoming a possibility with the chance of Bobby McCain taking safety reps. Jones was a small issue for the old Dolphins regime last season. From reported freelancing, taking himself out of a game, and injuries, it was a mess for the Dolphins and Jones. Now that it’s a new regime, Jones would have a better time. However, he isn’t at OTAs. This is not a big deal to most, but it could be the end of Jones spell with the Dolphins. They have been essentially buying picks and if McCain shows he can be the opposite of T.J. McDonald in a Brian Flores defense.

Could this be the next great duo in the history of the NFL! Okay, we’re getting ahead of ourselves, but there has been a lot of chatter surrounding the pair during OTAs. Williams has been getting most of the love from the local Miami media and has been a constant topic of conversation on Dolphins twitter. From the Rosen aspect, he has been less of a topic of discussion. This is great for Dolphins fans. A week and a half ago, Rosen was the topic of hate and was always being criticized. Now things are radio silent, and it seems from the outside that Ryan Fitzpatrick and Josh Rosen are on the same level at the moment. If Rosen can continue to be silent for the local Miami media, he will hopefully be what hosts Kai’Chien and Eric believes he will be.