Despite a great deal of acclaim, Preston Williams provided limited value to his team in 2019. However, there were some reasons for optimism.

Preston Williams was having a stellar rookie season prior to tearing his ACL in Week 9, totaling 428 receiving yards and three touchdowns in that limited window. Many fans of the Miami Dolphins are understandably excited about his potential. However, according to PFN’s Offensive Share Metric (OSM), which measures how responsible a player was for their own statistics, Preston Williams was the least valuable wide receiver in the NFL in 2019. His OSM grade of 26.38 ranked dead last among qualifying players at the position, implying that he had relatively little impact on the Dolphins offense.

So, what’s going on here? Why does Williams’ OSM grade not match up with the enormous amount of hype surrounding him? Well, simply put, his advanced statistics don’t tell the same story that the common narrative does. Fortunately, those same statistics can also give fans some reasons for optimism regarding Williams’ future with the team.

If you look at almost every statistic used in calculating his OSM grade, you’ll find Williams’ name near the bottom of the list. To start with, he averaged 2.1 yards of separation across all of his targets, the fifth-lowest average among qualifying wide receivers. He also averaged 2.4 yards after the catch, once again the fifth-lowest. On top of that, Williams caught just 53.33% of his targets, the ninth-lowest catch percentage in the NFL in 2019.

All three of these metrics represent significant ways in which a wide receiver can influence their own statistics, be it by getting themselves open, gaining extra yards after the catch, or simply by catching the ball. And in each category, Williams failed to distinguish himself.

Because of his low success rate on targets, and his lack of production once the ball was in his hands, a player like Williams needs a high number of targets to be statistically successful. On the other hand, wide receivers that play in a more efficient manner are able to provide greater value to their offenses. And in 2019, every wide receiver in the NFL that saw significant playing time did more for their teams than Williams did.

Despite his overall struggles, looking at Williams’ weekly grades does hint at better play on the horizon from him. The chart below shows his OSM grades from each week in which he qualified, marked as black dots, compared to the season average for wide receivers, represented by the yellow line. 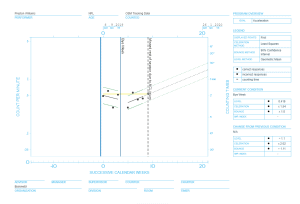 While most of Williams’ grades were below average, often significantly so, after Miami’s bye week, he started trending upwards. Unfortunately, his season was cut short, so we don’t know whether that was a sign of him settling into the offense or whether it was just a fluke. Regardless, it is certainly promising that Williams appeared to be on the rise prior to his injury. It will be interesting to see if he can pick up where he left off once he returns in 2020.

Looking to Williams’ future with the Dolphins

It is important to remember that a low OSM grade doesn’t mean that Williams is a bad player. Rather, it means that, while his highlights were undoubtedly impressive, on average, he contributed significantly less to his offense than any other wide receiver, which does not entail that he can’t contribute more in the future. I’ve already pointed out that he may have been showing early signs of improvement in 2019.

Unfortunately, it is difficult to say how many opportunities Williams will have to prove himself in 2020. On the one hand, both Albert Wilson and Allen Hurns have opted out of the 2020 season, so Williams might have a more significant role in the offense next season. That said, Williams doesn’t fulfill quite the same function as either of those players.

In terms of play-style, he is far more similar to DeVante Parker, who finally seemed to live up to his potential during the second half of 2019, and who Williams will play opposite of. It isn’t reasonable to completely disregard the possibility of Parker continuing to produce statistically, and therefore playing a far more significant role in the offense than his younger counterpart.

However, it is worth noting that Parker wasn’t much more efficient than Williams in 2019, receiving an OSM grade of 28.03. If Williams does continue to improve, as his grades from the latter half of his shortened season suggest, he might surpass Parker to become the Dolphins number one wide receiver. We’ll see how he fares in that regard, and whether he can live up to everyone’s lofty expectations when the Dolphins take the field next season.