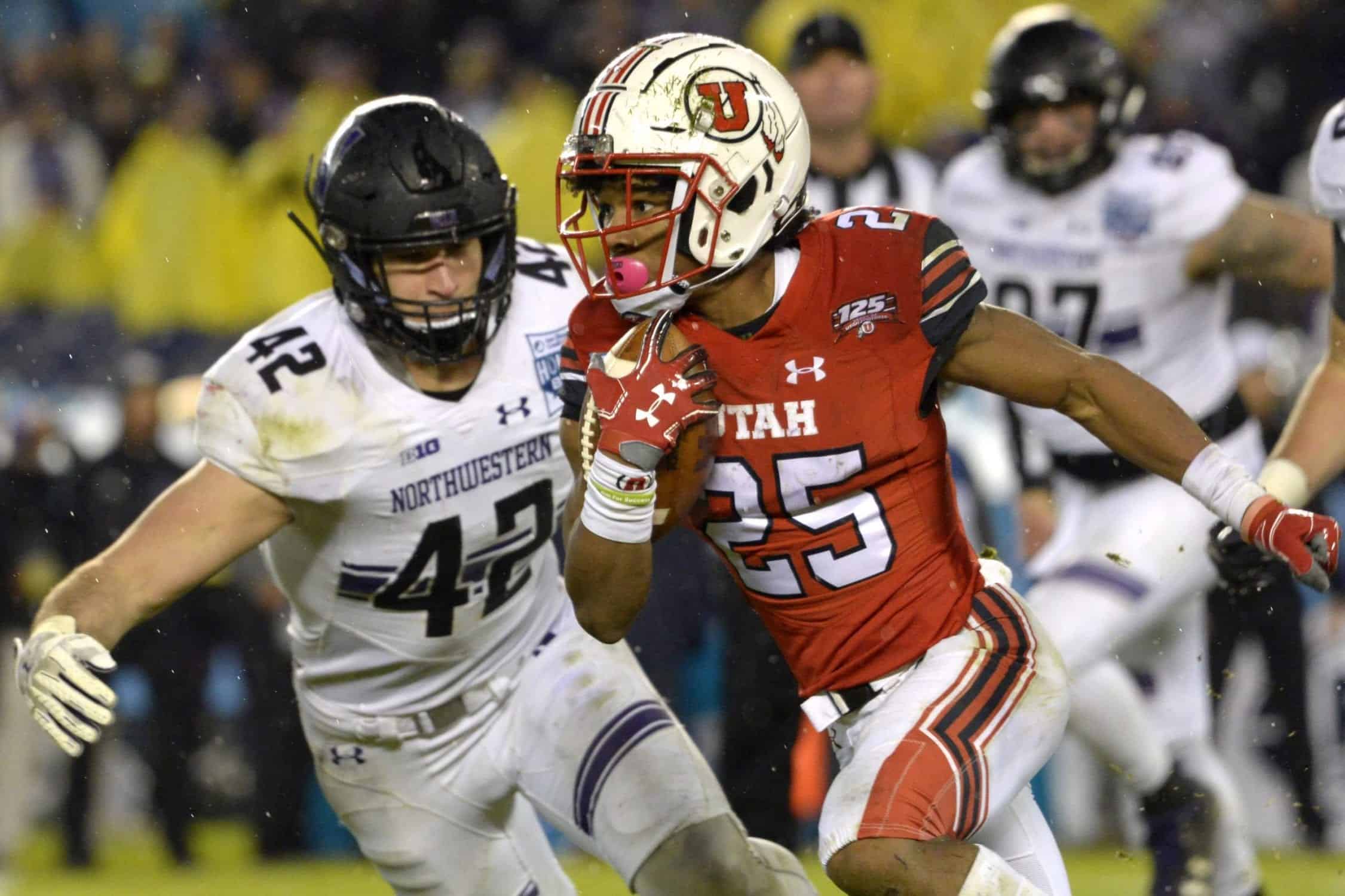 Every draft cycle there are a number of prospects who polarize those in the draft media. Typically it is at the quarterback position since that’s the position that gets critiqued the most. However, in this case, we are going to take a look at Paddy Fisher, who plays a position that many consider to be the quarterback of the defense.

It’s been quite the roller coaster over the past two seasons for the Northwestern linebacker. Once upon a time, Fisher was highly touted as the next great defensive prospect and a sure-fire first-round pick. Then, after a tough 2019, his stock tumbled and now, he is surrounded by question marks.

Fisher came to Evanston, Illinois in 2016 but saw minimal action on special teams. He eventually burst onto the scene in 2017, when he led all first-year FBS players with 113 total tackles and 65 solo tackles. His 113 tackles also ranked fourth in the Big Ten conference that season and led to him being named to the second-team All-Big Ten by the media.

The 2018 season is when Fisher really started to take off and his draft stock began to climb. He finished with 116 tackles on the year but yet still finished second on the team behind Blake Gallagher who had 127. That performance led to Fisher being named to the Associated Press All-America third-team and All-Big Ten first-team.

Going back and reviewing the film from those two years, you really get a sense of why fans were clamoring over Fisher. He was flying around the field, with his speed and instincts among the best in the nation. He demonstrated an excellent ability to read the offense and get his nose on the ball quickly, as well as being able to shed blocks consistently and meet the runner in the backfield, leading to Fisher having 14 tackles for a loss between those two seasons.

The sack total, however, was not at all eye catching, but that should not distract from the fact that Fisher was still a vital piece of the Northwestern defense. Entering the 2019 season, Fisher began getting some first-round buzz and had plenty of eyes on him. Unfortunately, that is when things started to fall apart.

Fisher and Northwestern Slip in 2019

2019 was a season to forget for both Fisher and Northwestern. Numbers-wise, it wasn’t a horrible year for the once-promising linebacker. For the first time as a regular contributor, he failed to reach 100 tackles, totaling 89, second again to Gallagher.

Ironically, despite a slip from one of their best players, the defense improved from 64th in yards per game allowed in 2018 to 26th in 2019. Unfortunately for Northwestern, their offense didn’t do them any favors as the Wildcats won just three games, a year after winning ten and appearing in the Big Ten title game.

Due to his poor performance last season, Fisher chose to return for a fifth season in Evanston, giving him one last chance to reclaim the high draft stock he once had.

Can Fisher return to form?

Some of the major issues draft analysts have with Fisher surround his pass coverage skills. As mentioned above, Fisher is certainly an impressive linebacker in the run game, even if he took a step back in 2019. However, he has not really provided anything in the passing game. He is not asked to blitz a lot, which led to him having just two sacks in three seasons.

In addition, his ball skills are also a question mark for some, and he’ll need to improve on that element of his game if he is going to get back to a potential high selection in the 2021 NFL Draft. That is especially the case if he wants to be one of the first linebackers selected next year.

In that 2021 NFL Draft class, Fisher will be up against the likes of Alabama’s Dylan Moses, Penn State’s Micah Parsons, and perhaps even Chazz Surratt of North Carolina. Moses has the Alabama pedigree, with Parsons already looking like a stud at the position and is set to be the leader of the defense in 2020.

Fisher is definitely one of the top returning players in the Big Ten and has plenty of traits in his favor that will translate to the NFL. But right now, he may be likely to hear his name called in the middle rounds of the draft, rather than at the top.

Nonetheless, Fisher is once again going to have plenty of eyes on him this upcoming season. If he can put a few more strong performances on tape, then he could be considered a first-round pick in 2021, but another below-average season could see him dropping towards the back end of the second or third round.