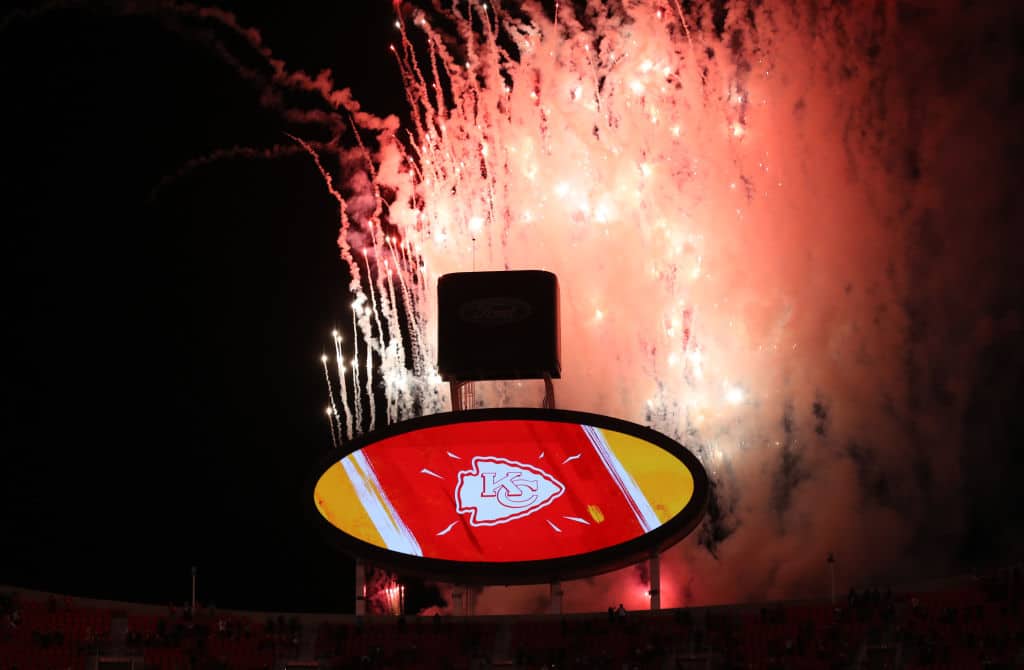 We’re just days away from Super Bowl LV. The Kansas City Chiefs take on the Tampa Bay Buccaneers in their own back yard. It’s a matchup full of storylines with one question at its heart. Can the Chiefs win consecutive Super Bowls, or will Tom Brady and the Buccaneers cause an upset on Sunday? Our NFL betting team made Super Bowl predictions against the spread in an attempt to answer that very question.

All spread lines for our NFL predictions are provided by DraftKings and were correct at the time of writing. They are, of course, subject to change the closer we get to kickoff.

Please reach out to us on Twitter (@PFN365) if lines change and you’d like to determine whether it’s still a sound wager.

Football is more than just the quarterback position, we know that. It’s the ultimate team sport. However, it’s difficult not to get caught up in such a delicious storyline. Will we see the passing of the torch between the old master and the new sensei? Or will the student be taught a lesson on the biggest stage of them all?

The stage is set, and even that stage is historical. Raymond James Stadium hosts Super Bowl LV on Sunday night, and with the Buccaneers’ win over the Green Bay Packers in the NFC Championship Game, Tampa Bay became the first team to play the Super Bowl in their home stadium.

It will come as no surprise to anyone that the Kansas City Chiefs enter the game as the favorite. After all, they’ve bludgeoned their way to a 14-2 record this season. Additionally, one of those two losses was suffered while Mahomes and most of the Kansas City starters sat on the sideline in Week 17.

Even when the Chiefs have struggled to dominate a game, Mahomes has found a way. They’ve exhibited resilience, most notably when going behind 9-0 to the Buffalo Bills in the AFC Championship Game. On the ropes early, Mahomes and head coach Andy Reid mustered up some second quarter magic. The Bills would never recover.

However, the Buccaneers have overcome the odds just to get this far. Tampa Bay was on the outside looking in at the 2020-2021 NFL Playoffs as fall turned to winter. A slew of defeats to the New Orleans Saints, a tight loss to the Chicago Bears, and late November losses to the Los Angeles Rams and their Super Bowl LV opponents left them at 7-5.

Despite these setbacks, Brady and the Buccaneers rallied. Since their bye week, the Tampa Bay offense has been tremendous, scoring over 30 points in all but one game on their way to seven straight victories. Brady and Bruce Arians have mustered their own magic late in the season. Now, the two teams collide.

What will be the defining factor when the two teams collide on Sunday? Inevitably, Brady and Mahomes will be the chief protagonists, but there’s more to this Super Bowl than the dudes taking the hike. Who will prevail in the tactical tussle between two of the most brilliant minds in the game? Will Arians outfox Reid, or will Reid’s innovation prove too much to handle?

Let’s not forget that these two have battled once already this season.

The Chiefs secured a narrow victory over the Buccaneers in Week 12, holding on by the skin of their teeth after racing out to a 17 point lead. Tyreek Hill terrorized the Tampa Bay secondary to the tune of 269 yards in late November. Furthermore, Hill was responsible for all three of the Kansas City touchdowns in the 27-24 win.

The old adage says that offense wins games, and defense wins championships. Although the focus will be on the offenses, this game will ultimately be decided by which defense steps up to the challenge. The narrative may read that Brady led Tampa Bay to the Super Bowl, but it was the defense that ultimately stunted Aaron Rodgers and the Green Bay Packers in the NFC Championship Game.

Their front seven is one of the best in the NFL, ranking number one against the run through the regular season. Additionally, they’ve created the third-most quarterback pressures in the league. Stopping the run game will be critical. The Chiefs have shown how they can pound out a game on the ground, as they did in Super Bowl LIV.

However, for as good as the Tampa Bay defense has been, the Chiefs’ unit has been underrated. Despite a lack of comparative acclaim, their defense has been significantly better than last year. As a result, the Chiefs had the sixth-most interceptions through the regular season. Tyrann Mathieu and rookie L’Jarius Sneed have been particularly imposing in the Kansas City secondary. The “Honey Badger” already has one interception of Brady this season.

Additionally, the Chiefs rank ninth in blitz percentage and 11th in quarterback pressures. For me, this will be the real difference-maker. When Brady is put under pressure, he is prone to mistakes, as the three interceptions against Green Bay proved. If the Chiefs consistently bring that pressure on Sunday night, they will be on their way to being crowned Super Bowl LV champions.

NFL Super Bowl Predictions against the spread — Kansas City wins with a push on the spread.

Oliver Hodgkinson is a Pro Football Network staff writer. You can follow him on Twitter at @ojhodgkinson.