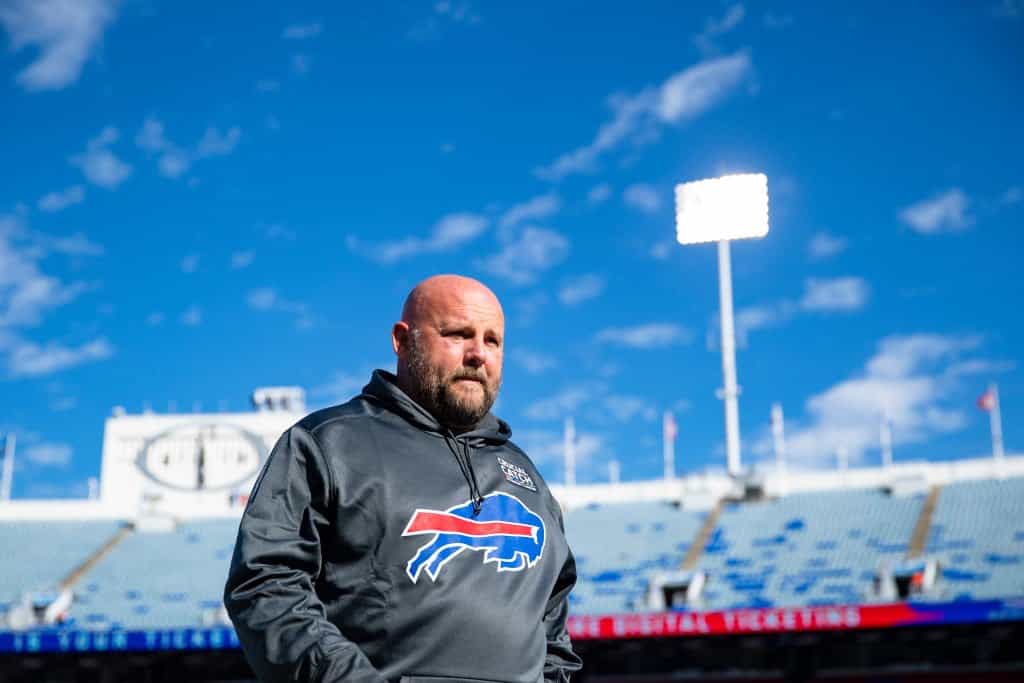 As we move through this season, here is our list of the best potential NFL candidates to fill the various head coach vacancies in 2021 and could guide your team in the future.

Already, we have seen the Houston Texans let go of Bill O’Brien after an 0-4 start and the Atlanta Falcons relieving Dan Quinn of his duties after their 0-5 start to the season. Additionally, Matt Patricia and Bob Quinn were fired on November 28. With some embarrassing performances by other teams so far this season, these three won’t be the last one to be fired.

If you’re a fan of the Texans, Falcons or Lions you’ll need to know some of the NFL head coaching candidates below before interviews begin. Learn about some of the top names you’ll hear over the next month.

Note: These coaches are presented in alphabetical order so as not to reflect any sort of inherent rankings of these candidates.

While Dennis Allen’s tenure with the Raiders did not go as planned, Allen had a limited stock of picks to work with during his first few years and inherited a quarterback situation of Terrelle Pryor and Matt McGloin. His return to the New Orleans Saints helped spark the turnaround on their defensive play, going from historically bad to a consistent top-10 defense since his arrival.

Allen interviewed for the Miami Dolphins job after the team fired Adam Gase in 2019, but ultimately stayed with the Saints. Allen’s resounding success in New Orleans should put him in prime position for a job with a team looking for a culture rebuild.

As one of the most-discussed head coaching candidate for 2021, Eric Bieniemy has been part of the explosive fireworks show that is the Chiefs’ offense. While Andy Reid is the ultimate mastermind behind the operation, Bieniemy has been a key cog in the game planning and installation of the offense.

There are a few risks with Bieniemy that could explain why he hasn’t been hired yet. Bieniemy’s last stint as the true offensive coordinator of a team occurred at the collegiate level at the University of Colorado. His Colorado teams in two years combined for four wins and were ranked 109th and 120th in the country. The Colorado offense was largely defunct under his tenure. Add in off the field red flags and arrests in his past, and Bieniemy doesn’t seem like such a sure thing. There’s a gamble to be had, but it could pay off in a big way if he can replicate the Chiefs’ success.

Joe Brady was the hottest name in football last offseason after producing a historic offense at LSU and guiding quarterback Joe Burrow to a national title. Now he’s returned to the NFL to lead the Carolina Panthers’ offense, of which he’s done an excellent job. The Panthers are 12th in total offense and are 14th in offensive efficiency, as well as leading the league in third-and-long conversions, despite Christian McCaffrey and Russell Okung getting hurt early. He’s highly regarded around the league and comes from a successful coaching tree. With his continued success, Brady’s name will start to build up momentum for a head coaching job sooner rather than later.

Bowles’ first tenure as a head coach with the Jets didn’t exactly go as planned, but the former defensive back hasn’t let that stop him. He rejoined Bruce Arians in Tampa Bay and has engineered a defensive turnaround that has the Buccaneers primed to make a Super Bowl run. He has been a stellar defensive mind at every stop in his career, so this should not be news. If a team is looking for a stable coach at the helm to help rebuild a culture, Bowles makes a lot of sense.

The first and one of two college coaches to make this list. Matt Campbell’s name has consistently popped up in NFL coaching searches since his turnaround of the Iowa State Cyclones. Campbell’s defensive success and innovation against the Big 12’s top offenses has led the Cyclones to stymie the likes of Lincoln Riley numerous times. With their most recent upset over the Oklahoma Sooners, Campbell’s star has never been as bright. It would not surprise me to see him follow Kliff Kingsbury and Matt Rhule from the collegiate ranks to the NFL. If a team needs a coach for the long rebuild, Campbell would be an outstanding target.

Pete Carmichael would seem to be one of the biggest no-brainer hires in the NFL. Working under Sean Payton and helping guide the New Orleans Saints’ offense for so long would seem to be an appealing option for teams. Carmichael’s tenure as a quarterbacks coach was extensive before joining Sean Payton in New Orleans in 2006. Carmichael mentored Tim Rattay at Louisiana Tech, who set multiple school records before becoming a quarterbacks coach. Every time Carmichael has called plays, the Saints’ offense has put up numbers.

Fun fact: Pete Carmichael was the one who initially brought Joe Brady into the Saints program. What a historic decision that turned out to be.

Wherever Brian Daboll has gone, success has followed. Daboll comes from an outstanding coaching tree, working under both Bill Belichick and Nick Saban throughout his career. As the offensive coordinator of the Bills, Daboll has developed Josh Allen into an MVP candidate and has engineered one of the most explosive offenses in the NFL. With his coaching pedigree and his success in Buffalo, a team that needs an offensive mind at the helm to take advantage of their talent should make a run for Daboll in the 2021 head coaching search.

Matt Eberflus has over a decade’s worth of experience as an NFL coach, and his tenure as the defensive coordinator for the Colts has been nothing short of exemplary. Eberflus was a guiding mentor for Demarcus Ware, Sean Lee, Jaylon Smith, and Anthony Hitchens while at Dallas, and has helped rebound Xavier Rhodes’ career this season in Indianapolis.

He’s shown he is willing to adapt his scheme for the players and has done an excellent job developing players throughout his career, as the results speak for themselves. The Colts are at the top of the charts in virtually every defensive category this season and are comfortably in first place in defensive efficiency. From the buzz building around the league, expect Eberflus to be a highly-sought option in the 2021 head coach cycle.

Leslie Frazier has previous head coaching experience, working with the Minnesota Vikings, but was let go in his third year with the team, following an 18-29 record. After that, Frazier spent two years as the defensive coordinator of the Tampa Bay Buccaneers and then became the secondary coach with the Baltimore Ravens for a season before joining Sean McDermott in Buffalo. His Buffalo tenure has been a big reason why the team’s rebuild has been so successful. He has helped develop Tre’Davious White into one of the NFL’s best cornerbacks. Being lauded as a high culture coach, Frazier could be a great install for a team that needs stability and a leader at the top.

The son of long-time coach Paul Hackett, Hackett’s name has popped up more and more due to the success the Packers have had on offense this season. Hackett was recently connected to the Atlanta Falcons job search and many teams will come inquiring about Hackett as the season moves on. Hackett has had a rough resume as the Offensive Coordinator of the Buffalo Bills and the Jacksonville Jaguars, but when your quarterbacks are EJ Manuel and Blake Bortles, it’s tough to really build anything. Still, Hackett did his best work as OC when the Jaguars made the AFC Conference Championship in 2017. He’s viewed as a key part in the Packers’ success by both Matt LaFleur and Aaron Rodgers. He’s still a young candidate who is viewed as “energy bringing” and he plays a big role in the Packers’ offensive identity despite not calling the plays.

Byron Leftwich has followed Bruce Arians all over the NFL and his tenure as the offensive coordinator for the Buccaneers might put Leftwich up at the top of coaching searches come the end of the 2020 season. Bruce Arians has praised Leftwich’s abilities numerous times in the past, and the Buccaneers are flying high. As a young minority coach, Leftwich would be an opportune hire for a team looking to take advantage of a young quarterback and establish an offensive identity.

Continue to see the remaining head coaching candidates in 2021.