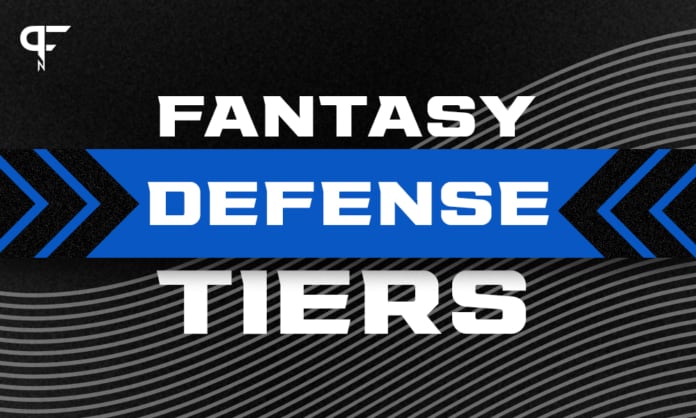 How do our 2021 Fantasy Football D/ST Rankings shape up after Week 5, and what are some potential D/ST streamers heading into Week 6?

With five weeks of the NFL season in the books, we are starting to get an idea of who the better defenses are. As you prepare for Week 6, we have our 2021 Fantasy Football D/ST Rankings to help you. Additionally, I offer a couple of D/ST streaming options that are likely available on the waiver wire.

Who are the top D/ST streamers to target in Week 6?

The Colts’ defense is not so bad that you need to actively avoid it, but it’s not good enough to start without a plus matchup. Davis Mills’ first career 300-yard game notwithstanding, the Texans are the epitome of a plus matchup.

From Weeks 1-4, the Indianapolis defense held opponents to fewer points scored in each successive game. This is written prior to Monday night’s battle with the Ravens, so we don’t know if the streak will continue (it probably won’t).

Although New England’s defense was a disastrous stream against Houston in Week 5, things change quickly in the NFL. Even bad teams aren’t bad every week. The Texans had a surprisingly good performance, nearly beating their AFC foe. In Week 6, they’re back on the road, which is where we prefer opponents to our defensive streamers.

The Colts have sacked the quarterback and recovered a fumble at least once in every game this season. With bye weeks underway and the overall defensive options for Week 6 not looking particularly great, the Colts are likely the top D/ST streamer.

Let’s also not mistake the Packers for having a quality defense. In fact, they haven’t even been good. But alas, this is where we’re at in a tough week.

Green Bay’s defense has been good enough for about 6-7 points — depending on scoring format — in each of the last three weeks. When looking for D/ST streamers, that’s good enough.

Justin Fields has looked like a rookie through his first three starts. He could break out at any moment, and I’m optimistic about his future. But for now, he’s a target for defensive streamers.

Despite being on the road, the Packers should be a safe D/ST streamer that will score enough to get you through a challenging Week 6.

Imagine streaming a defense on the road against a team that just scored over 40 points. Couldn’t be me. Yet, see my previous statement about how difficult Week 6 is for D/ST streamers.

Arizona’s defense has recorded 12 sacks across the first five games of the season. They also have 5 interceptions and 5 recovered fumbles. Meanwhile, Baker Mayfield has been sacked at least once in every game in 2021.

If the Cardinals only record 1 sack and 1 turnover against a team that scores a bunch, that’s obviously not going to be good enough. But for this week, we are just looking for D/ST streamers that won’t be a complete disaster. I’m confident the Cardinals can do that much.