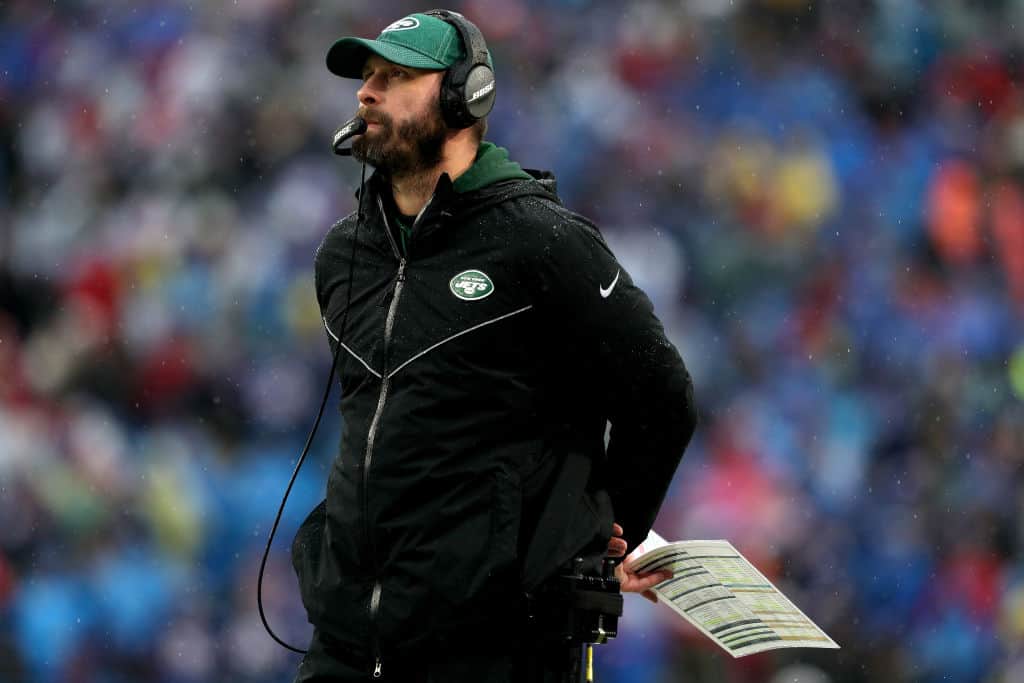 The SEC finally kicked off their 2020 college football season this past weekend, joining the Big 12 and ACC as the third Power 5 conference to take the field. Additionally, the NFL is wrapping up their first month of the season and there’s plenty to talk about. So let’s open up the mailbag to talk about the latest NFL Draft rumors and news. This week’s questions include thoughts on D’Eriq King, Patrick Jones, Kyle Trask, and more. But first, we begin with the New York Jets and their embattled head coach Adam Gase.

Remember, if you have a question you want to send in for next week’s mailbag, you can e-mail it to asktony@pfn365.com or send a tweet to @PFN365 on Twitter using the hashtag #AskTonyPFN, and we’ll try to include it in an upcoming mailbag column.

How in the world has Adam Gase not been fired yet? It has to be coming soon, right? Or are they just tanking for Trevor Lawrence at this point?

The Jets are not tanking or purposely losing games in 2020 for a high draft pick in 2021, that’s for sure.

Regarding Gase, I always thought the hire was a bad decision from the get-go and said as much. Since breaking the story that he and Mike Maccagnan were having problems, I’ve stated that Gase was hired in part because the Jets were running out of warm bodies to hire after Matt Rhule turned them down, and they did nothing more than kick the tires on Mike McCarthy.

There are two reasons Gase is still the head coach:

That being the case, I don’t believe for a second that things will improve for the Jets under Gase. I will have a lot more during PFN’s live podcast with Andy Herman on Wednesday night that you can find streaming in several locations, including PFN’s Twitter page.

Everybody loves small-school prospects who get selected high in the NFL Draft. Excluding Trey Lance, who do you expect to be the first FCS player drafted in 2021?

Probably Spencer Brown, the offensive tackle from Northern Iowa. He’s big and dominant, but he can also move; he’s Day 2 material. Lance’s blindside protector Dillon Radunz won’t be far behind. I am a BIG fan of Jacksonville State tight end Trae Barry, but last year’s injury and a four-game schedule in 2020 will hamper him.

I read your report about Stanford’s Walker Little choosing to opt-out of the Pac-12’s 2020 season. Are there other Pac-12 or Big Ten players who you expect to skip the 2020 season due to the late start and current health risks?

Yes, I recently reported what I was hearing about Stanford’s Walker Little and his decision to opt-out of the Pac-12 2020 season. The only other name brought to my attention is another Oregon player, defensive tackle Jordon Scott. And for him, it is less than 50-50.

Do you think that Falcons head coach Dan Quinn will make it through the season?

Not if they continue to blow games as they have this season. If the Falcons are out of playoff contention by Thanksgiving, I think Quinn will be cut loose.

What are your thoughts on Miami’s D’Eriq King? Can he be a quarterback at the next level? What kind of grade do scouts have on him?

He’s definitely improved as a passer and deserves credit, but his frame and height concern me. Scouts I’ve spoken with told me King was graded on the low end of being a priority free agent before the season.

After a strong performance from Pitt’s Patrick Jones, could a strong season boost him into the conversation as the top edge defender in 2021?

No. Gregory Rousseau and Kwity Paye still rank ahead of Jones, and there are a few juniors from the Big Ten that I will be watching once their season kicks off.

Did Kyle Trask show anything specific you were looking for in his first 2020 start?

I always liked his intangibles like patience, accuracy, and command of the offense, but I always thought Trask was more of a game manager. He seemed to disprove that against Ole Miss. LSU and Georgia in the coming month will be huge challenges for Trask to see if he is in fact a guy that can carry the team.

Trevor Lawrence is the obvious candidate. After that, K.J. Costello of Mississippi State, Kellen Mond of Texas A&M, and Jack Coan of Wisconsin come to mind.