The Week 7 NFL coverage map has been released -- what games are going to be broadcast on TV in your area this weekend?

The NFL coverage map for Week 7 has officially been released. This week, CBS will once again get both the early and late games on Sunday. FOX will broadcast just one game on TV. You’ll see fewer games and broadcasts across the NFL TV map this week as bye weeks are in full swing. 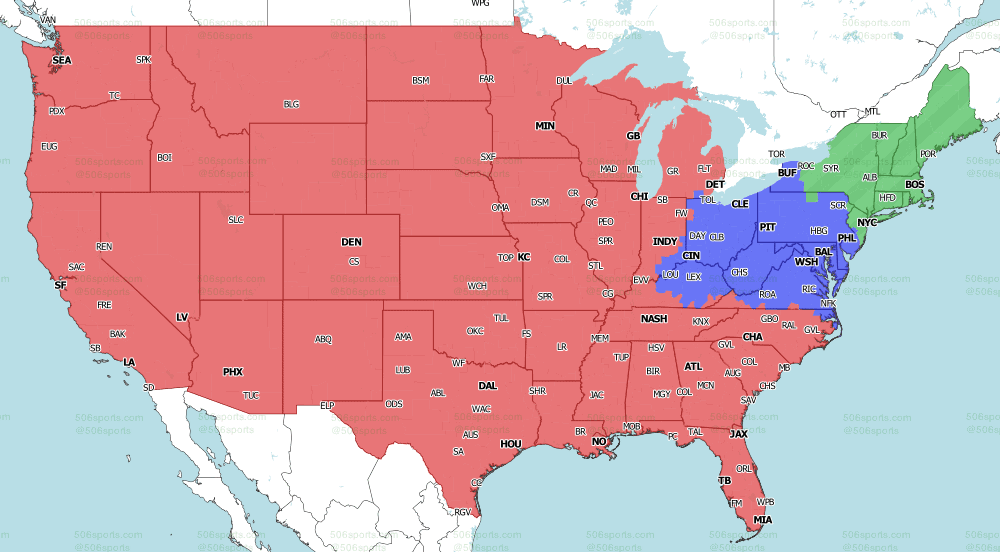 The Chiefs are coming off a win but will be two weeks removed from getting embarrassed on Sunday Night Football — on their home turf — against the Buffalo Bills. The Titans will be six days removed from doing the opposite on home field, sneaking away with a win against the Bills on Monday Night Football. Can the Titans learn a thing from the Bills and beat the Chiefs in Week 7? 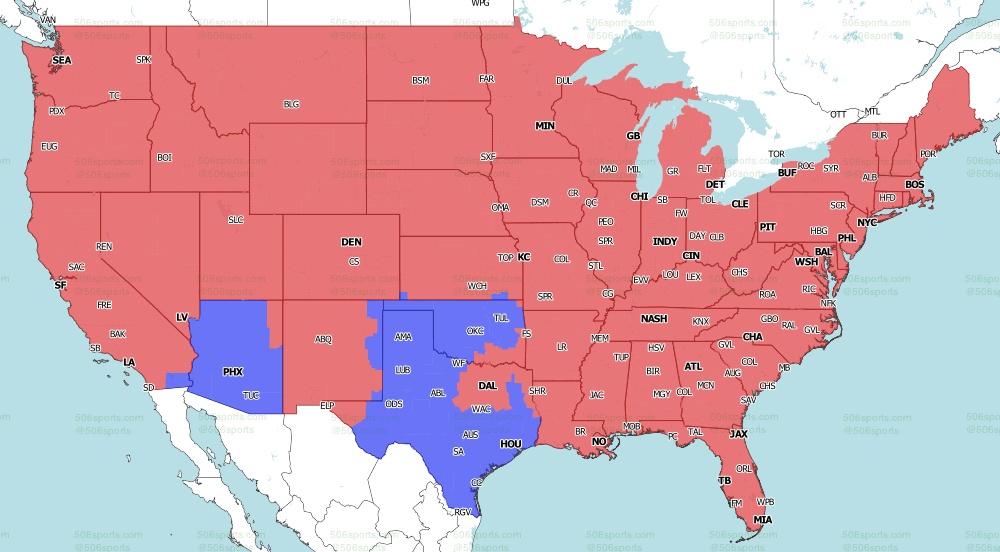 CBS gets the doubleheader for the second consecutive week. On Sunday, Jim Nantz and Tony Romo go back to Tampa Bay, which is exactly where they were two weeks ago when the Buccaneers stomped the Dolphins 45-17. The Bears are better than Miami, but we may see much of the same. 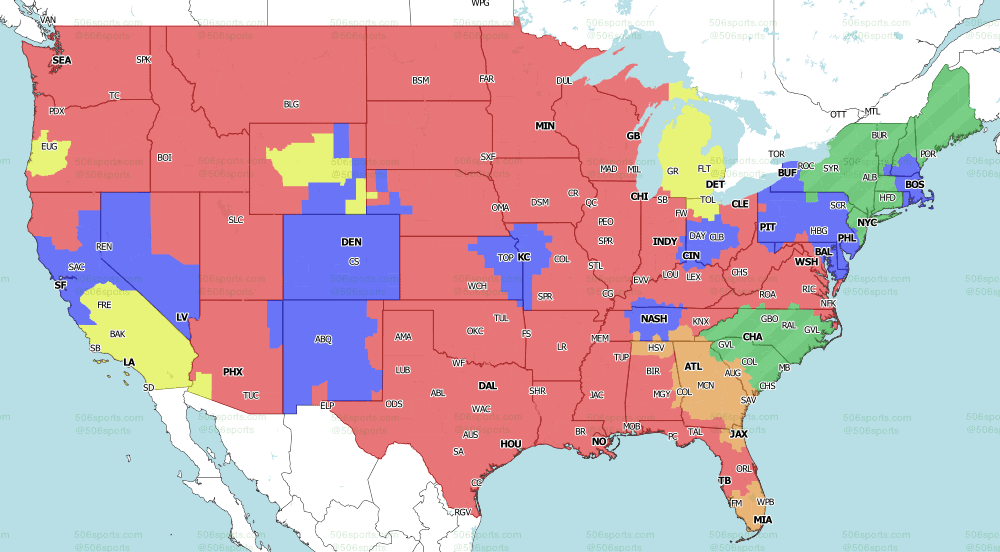 Unfortunately, few fans across the states will get to see the QB revenge game of the week. That’s understandable, of course — the Lions are 0-6 and traveling across the country to face a 5-1 Rams team with Super Bowl aspirations. However, if you live in the yellow spots across the NFL coverage map, you’ll get to see Jared Goff return to Los Angeles and Matthew Stafford play against his former team. Even if the score isn’t close, it’ll be great TV for all of Stafford’s fans.

Want your NFL Week 7 fix of Joe Buck and Troy Aikman? They won’t be on the call for Sunday’s FOX coverage this week, but they will be calling the Broncos vs. Browns game on Thursday Night Football.

2021 ACC Championship Game Pick and Prediction: How to watch Wake Forest vs. Pitt

2021 Big Ten Championship Game Pick and Prediction: How to watch Iowa vs. Michigan

Is Cincinnati’s Desmond Ridder a first-round QB in 2022?

2021 ACC Championship Game Pick and Prediction: How to watch Wake Forest vs. Pitt

2021 Big Ten Championship Game Pick and Prediction: How to watch Iowa vs. Michigan

Is Cincinnati’s Desmond Ridder a first-round QB in 2022?