The NFL coverage map for Week 14 has been released -- what games are going to be broadcast on TV in your area this weekend?

The NFL coverage map has been released for the NFL Week 14 schedule. This Sunday, CBS will air a national broadcast in both the early and late window, while you’ll get a FOX TV broadcast just once depending on where you fall on the NFL broadcast map. Four teams are on a bye this week, including the Indianapolis Colts, Miami Dolphins, New England Patriots, and Philadelphia Eagles. 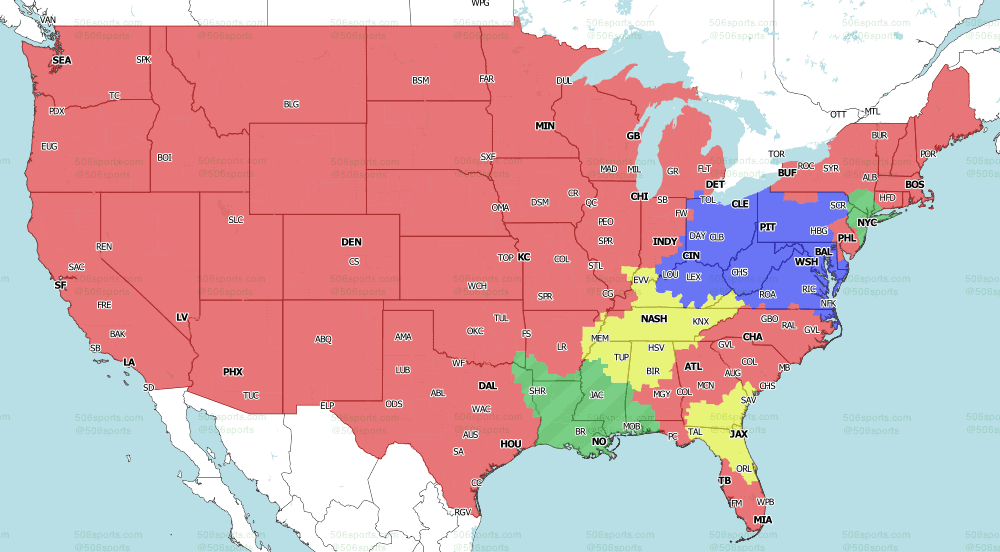 With CBS getting both the early and late window, their game of the week will take place in the late window. However, the 6-6 Raiders are heading to Kansas City to take on the 8-4 Chiefs, and playoff implications in the AFC West are on the line.

Most of the country west of the Mississippi will get this matchup, and rightfully so. Can the Raiders snap the Chiefs’ five-game winning streak and stay alive in the AFC Wild Card race? 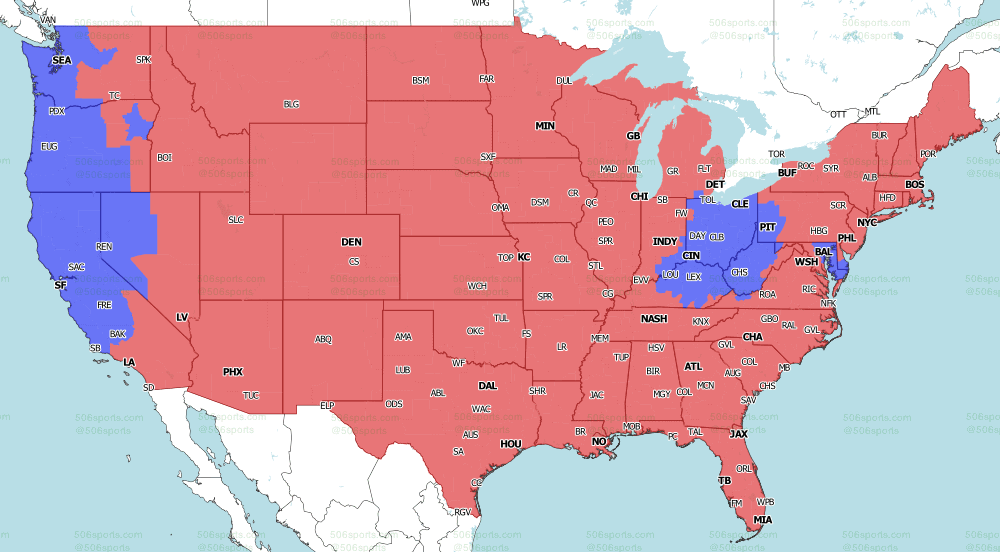 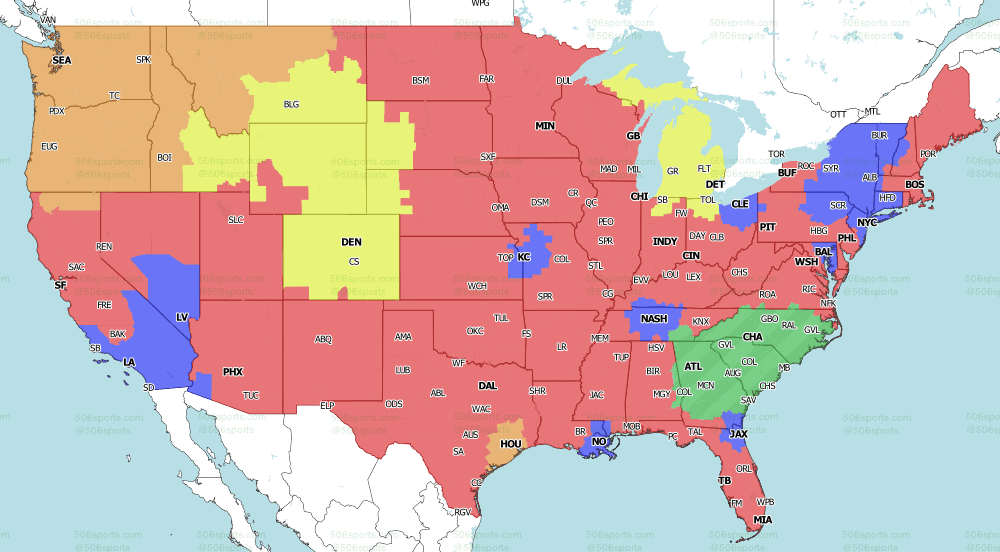 To be honest, there aren’t many exciting matchups on the FOX slate across the NFL coverage map in Week 14. The best of the bunch, and the game most will see, will be the 8-4 Dallas Cowboys heading to the nation’s capital to take on the 6-6 Washington Football Team. It’s a big game for Washington, who’s not only fighting for a Wild Card spot in the NFC but battling the Cowboys for the NFC East title.