The Week 12 NFL coverage map has been released -- what games are going to be broadcast on TV in your area this weekend?

The NFL coverage map has been released for the NFL Week 12 slate. We’ll see fewer games on Sunday due to the NFL Thanksgiving games on Thursday. On Sunday, CBS will air a single game, while FOX will broadcast both an early and late game across the coverage map. The Kansas City Chiefs and Arizona Cardinals are on a bye this week. 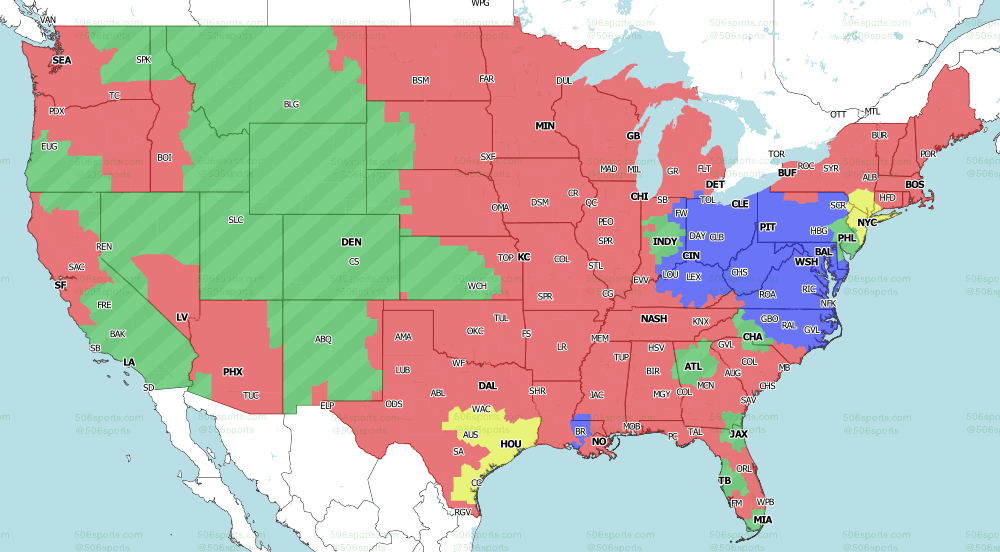 Entering Week 12, the AFC North is wide open with the Baltimore Ravens leading the way. However, both the Steelers and Bengals are in the hunt for the division and even more so for an AFC Wild Card spot.

This should be a fun matchup to watch and see if the Steelers are able to avoid letting the Bengals sweep the season series for the first time since 2009. 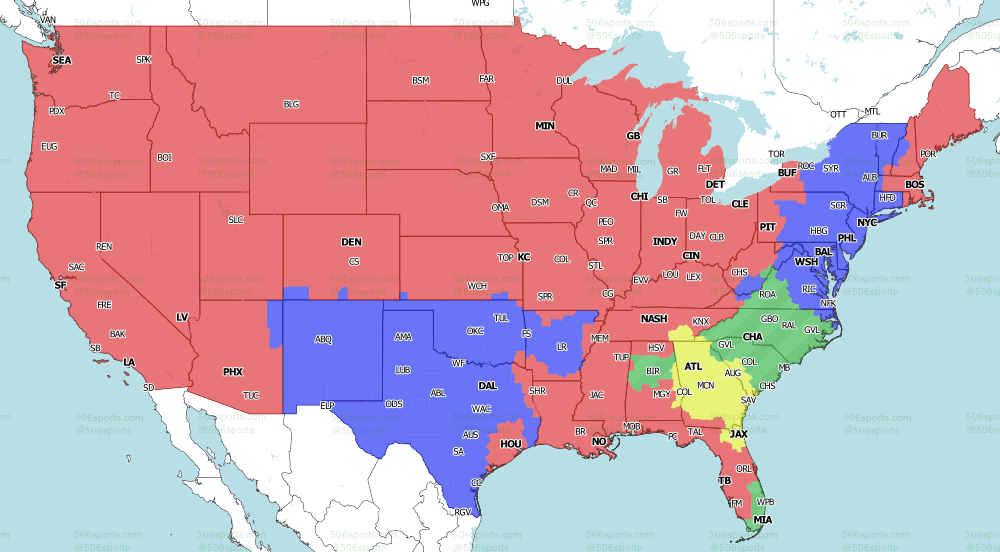 Most viewers across the Week 12 NFL TV map will watch the Buccaneers take on the red-hot Colts live on FOX at 1 PM ET. If Indianapolis can beat Tampa Bay a week after running through the Buffalo Bills, we’ll know they’re for real. 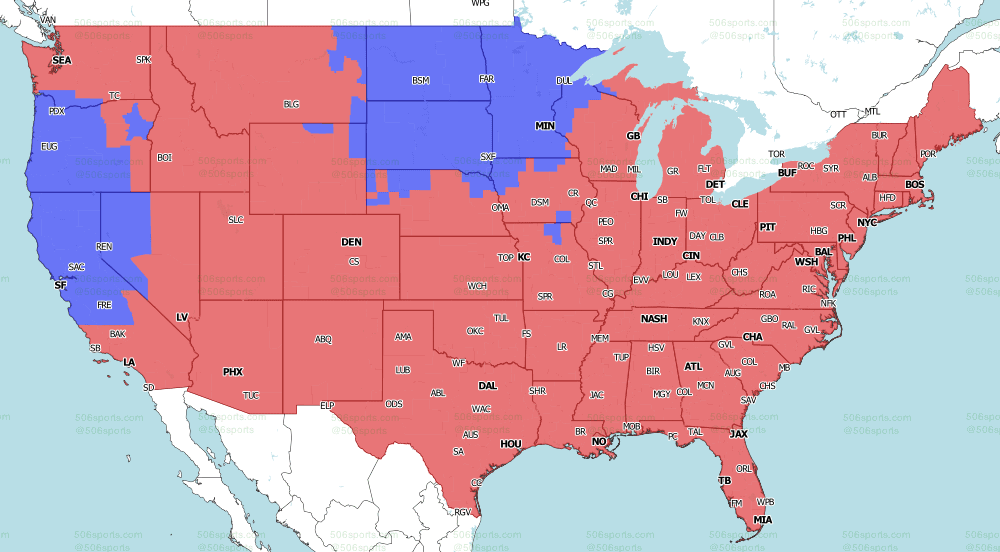 Looking across the NFL TV map for the late FOX game, most of the country will see the Rams vs. Packers. This is easily the Game of the Week. Both teams have lost two of their last three games and are trying to get their respective seasons back on track. We may see both teams compete again in late January with a Super Bowl bid on the line.