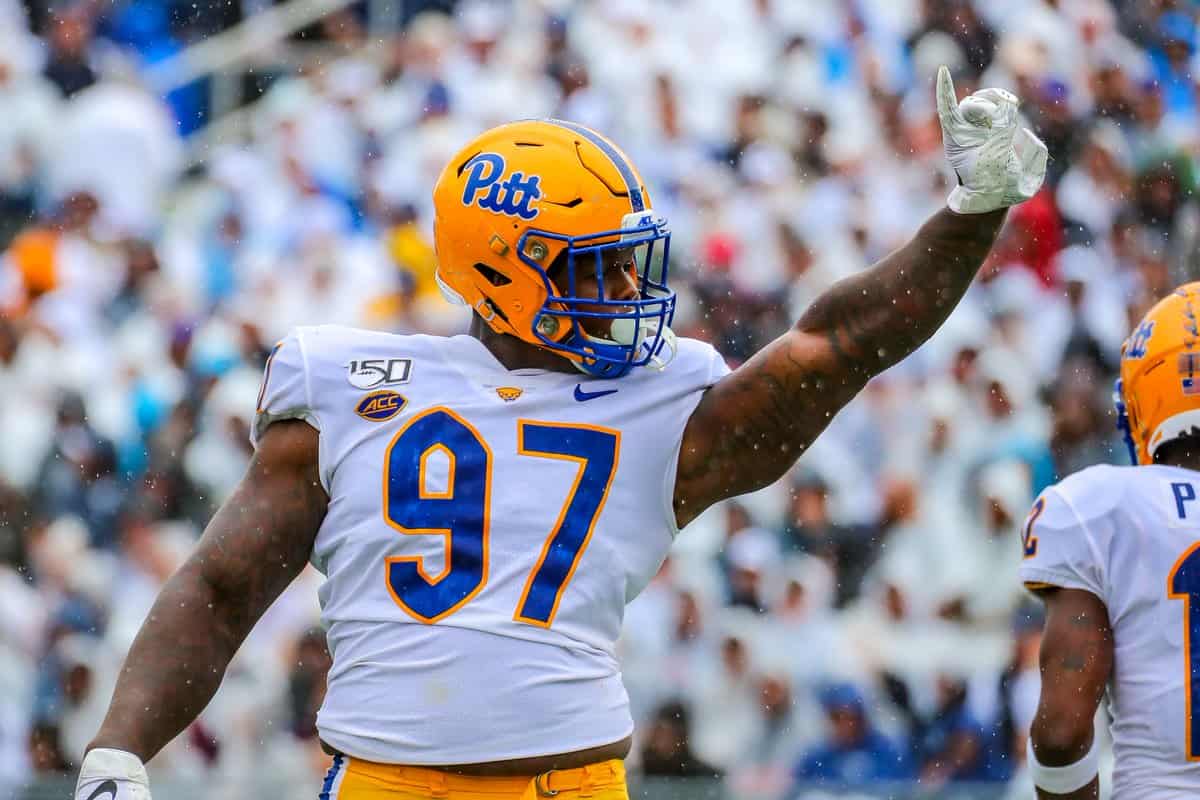 Photo: USA Today
What's in this article? Click to show
More bigger name players opting out in the coming weeks?
Will Pittsburgh DT Jaylen Twyman opt-out of the 2020 season?
FCS/D-IAA to push back the start of their football season?
What does this mean for North Dakota State QB Trey Lance?

As we move towards what we hope will be a full season of college and professional football in 2020, the news cycle is changing faster than ever, and we’ve been ahead of the curve here at Pro Football Network. But, it’s only expected to change at a quicker pace in the coming days. Here are the latest news and rumors I’m hearing regarding college football players opting out of the 2020 season.

More bigger name players opting out in the coming weeks?

During the NFL Draft Insiders Podcast here at PFN last week, we talked about Virginia Tech defensive back Caleb Farley’s decision to skip the college season and prepare for the 2021 NFL Draft. During this conversation with my co-host Andy Herman, I mentioned that player opt-outs would be more frequent in the coming weeks.

To reiterate what I said last week, a few of the more prominent agencies and firms which represent players going from college to the NFL are offering highly rated prospects significant packages and stipends to sit out the season and prepare for the 2021 NFL Draft. In return, the players will sign on and have those agencies represent them.

From what I’m told, the announcements to sit out the season by Penn State linebacker Micah Parsons, Purdue wide receiver Rondale Moore and Miami pass rusher Gregory Rousseau are representative of such decisions.

During my prospect write-up of the Miami Hurricanes last month, I mentioned that Rousseau intended to enter the draft after the season, so this should be no surprise.

Will Pittsburgh DT Jaylen Twyman opt-out of the 2020 season?

As I posted on Twitter earlier today, the word in the scouting community is that Pittsburgh defensive tackle Jaylen Twyman is rumored to be the next college football player to opt-out. At the very least, I can report Twyman has been talking with agents about what he wants as far as a compensation package if he opts-out of the season.

Twyman considered entering the 2020 NFL Draft after a spectacular campaign in 2019, which included 12 tackles for loss and 10.5 sacks. But, in late December, he announced his decision to return to Pittsburgh for another season.

And as players opt-out, scouts say this opens up the door for other players who were lowly graded off the 2019 film, or completely ignored. These potential prospects have a great opportunity in front of them as many will be forced into the starting lineup and see more playing time than first anticipated.

FCS/D-IAA to push back the start of their football season?

Scouts also tell me they expect an announcement soon that FCS/D-IAA will push the start of the season back to the spring. Several conferences, including the Big Sky, have already announced a spring start. Meanwhile, the Colonial Athletic Association (CAA), the top conference in the whole division, canceled the entire season but allowed member teams to set schedules on their own if the opportunity arose.

What does this mean for North Dakota State QB Trey Lance?

If the start of all FCS football is pushed back to the spring, one player we are unlikely to see on the field is North Dakota State quarterback Trey Lance. Sources say if the season is delayed, there’s a good chance that Lance bypasses the season with NDSU in order to prepare for the 2021 NFL Draft.