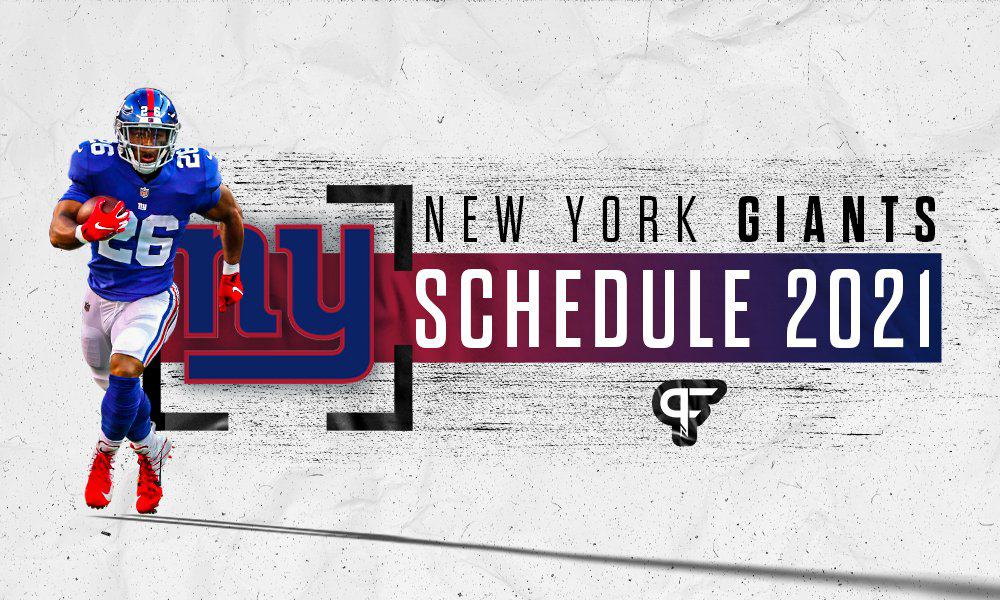 What is the New York Giants’ 2021 NFL schedule, how many primetime games do they play, and who are the toughest and easiest opponents on their schedule this season?

How many primetime games do the Giants play in 2021?

The Giants will play three primetime games in 2021. They will be against Washington in Week 2, the Chiefs in Week 8, and the Buccaneers in Week 11.

When is the Giants’ bye week?

Across their 17-game schedule, the Giants have three games against teams projected to win 10 or more games in 2021. Two of those games are on the road against the two teams with the highest projected Vegas win total — the Tampa Bay Buccaneers and the Kansas City Chiefs.

The matchup with the Buccaneers will not give the Giants much fear. Although they narrowly lost in their meeting last season, the Giants did win the two previous meetings over the Bucs, including Daniel Jones’ first career start in 2019. Any matchup against the Tom Brady-led Buccaneers will be tough, but the Giants’ recent history will mean the franchise believes they can get the win.

In their history against Kansas City, the Giants are 11-3, but they have not yet faced the Chiefs since Patrick Mahomes took over as the starting QB. New York will have their work cut out to defeat the Chiefs this season. The remaining game against a team projected to win double-digit games is against the Los Angeles Rams. The Rams defeated the Giants 17-9 in 2020, and this will likely be another tough matchup for the Giants to emerge victorious.

The Giants’ schedule in the 2021 season will see them play four games against teams who project to win under seven games according to Vegas. Two of those games come within the division against the Philadelphia Eagles.

The Eagles are projected to win just 6.5 games. Prior to the second game between the two last season, the Eagles had won eight straight games against the Giants. New York broke the streak with a 27-17 victory in Week 10 of 2020. The other two games come against the Atlanta Falcons and Chicago Bears. The Giants have lost the last two games they have played against both of those teams.

New York made a big splash with their acquisitions in free agency, but this season still looks to be a struggle for them. Entering Jones’ third season, 2021 is crucial for the Giants. After this year, the Giants will need to make a decision on Jones’ future.

There are several tough-to-medium difficulty games on the Giants’ NFL schedule in 2021. If Jones and the offense are clicking, the Giants have a chance to be in the playoff race. On the other hand, if Jones continues to be inconsistent, another five-to-seven win season could be on the books.