After a flurry of new uniforms ahead of the 2020 NFL season, only the Cincinnati Bengals are confirmed to change their uniforms in 2021. The Bengals released their new NFL uniforms for the 2021 season and beyond on the morning of Monday, April 19. Let’s take a look at the new uniforms for Cincinnati, who else is rumored to be changing uniforms this offseason, and which teams changed uniforms in 2020.

The Bengals have new NFL uniforms for 2021

There has been some clamoring for the Bengals to get new uniforms, and ahead of the 201 NFL season, they obliged their fans’ request. The new Bengals uniforms bring a clean look for the franchise moving forward.

The Bengals director of strategy and engagement, Elizabeth Blackburn, addressed the new uniforms in a statement:

“Our fans have wanted new uniforms for many years, and today represents the start of an exciting new era in Bengals history. Our new uniforms are bold, sleek, and iconic. We designed them to be recognizable and timeless, like the Bengals helmet.”

The Bengals have not had new uniforms since 2004 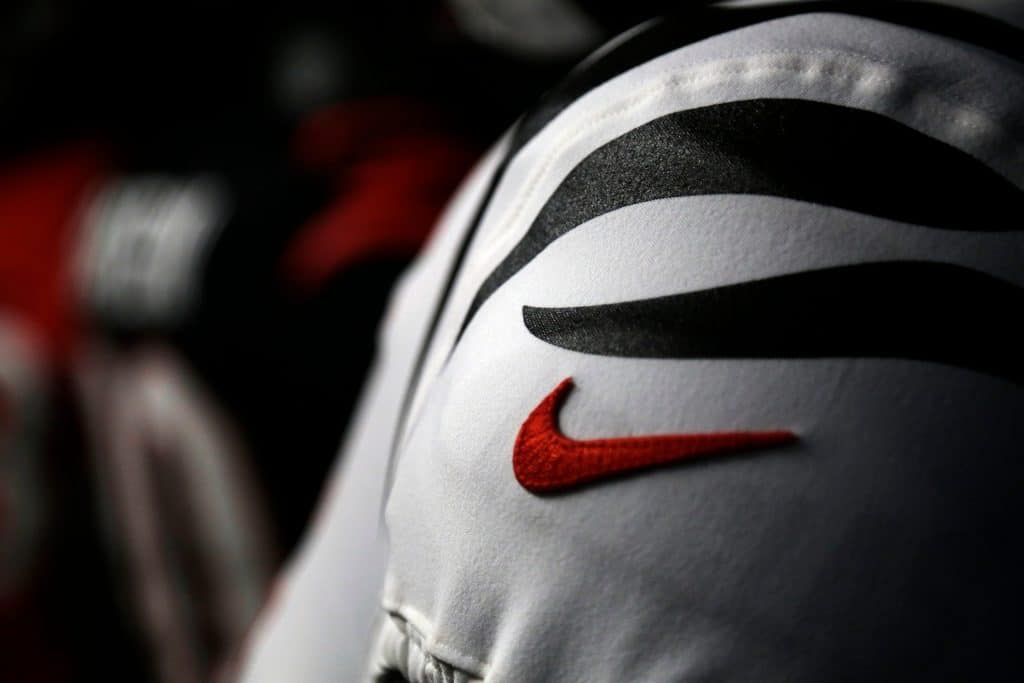 Are any other teams rumored to have new NFL uniforms in 2021?

Currently, no confirmed reports are surrounding any other changes to NFL uniforms in 2021. On the other hand, the Arizona Cardinals have been rumored to be a team potentially set to make a change. The Cardinals uniforms are not in desperate need of an upgrade. However, with the new, clean, and sleek uniforms that franchises are putting out, could the Cardinals look to change up their own uniforms?

Which teams recently upgraded their uniforms?

A total of seven NFL teams made changes to their uniforms in 2020. Some of the changes were significant, while others were more subtle.

Who made significant uniform changes in 2020?

Both the Los Angeles Rams and Los Angeles Chargers celebrated the opening of their new stadium with changes to their uniforms. Both franchises chose to make significant changes — with mixed reactions. While the Chargers’ changes were met with widespread approval, the Rams’ changes were widely derided.

Two NFC South teams also made significant changes to their uniforms. The Tampa Bay Buccaneers uniforms had been widely criticized for a number of reasons. They changed a lot of the areas that had received negative comments. The Buccaneers’ new uniforms are a simple, clean combination. The change brought the Buccaneers immediate success as they went on to win the Super Bowl last season.

The Falcons’ uniform changes were met with more varied comments. The Falcons chose to emblazon the letters “ATL” on all their uniforms. Additionally, their red jersey fades to black at the bottom, blending in with the pants they chose. However, their all-white and all-black uniforms were widely praised following the release.

The Cleveland Browns chose to make their uniforms resemble something closer to their old style. The Browns released a new set of more traditional combinations than what they had prior to 2020. The Browns retained a similar color scheme, as would be expected with their franchise history.

The Patriots made their color rush jersey their main uniform

The changes made by the Patriots last offseason shocked many. There was widespread speculation that New England may make subtle tweaks or even revert to some older style jerseys. Yet, the Patriots decided on a fairly major change. They took what had previously been used as their color rush jersey and made them their main uniforms. The Patriots’ pre-2020 jerseys had been widely disliked, and the new uniforms were not met with much more praise.

The Colts made subtle tweaks to their uniforms

The changes the Colts made to their uniform in 2020 almost went unnoticed last offseason. The changes included a new secondary logo, changes to the horseshoe on the helmet, and adding “anvil black” as an official color. While the Colts are not a candidate for new NFL uniforms in 2021, their minor changes could leave them looking to make changes again in the coming years.

Keep Reading! “The Duke”: History of the NFL’s game ball