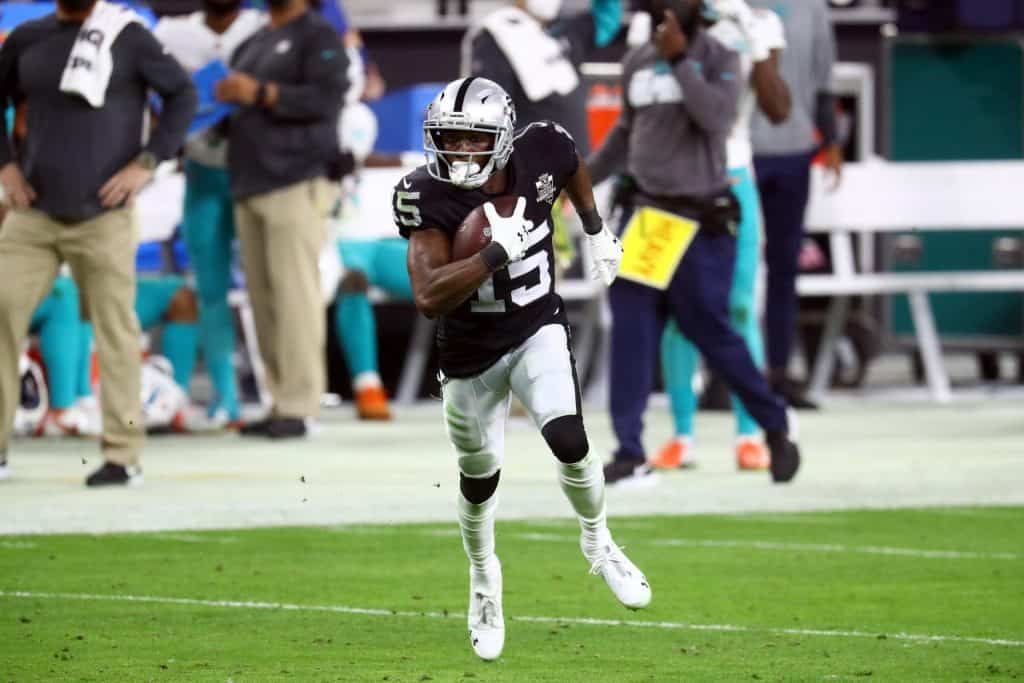 After an impressive season in 2020, where are the potential landing spots for free-agent receiver Nelson Agholor? Let’s take a look at where the Raiders WR could wind up when NFL free agency opens for 2021.

With Nelson Agholor having enhanced his reputation last season, where are possible landing spots for him when free agency opens?

The Chiefs brace to have both Watkins and Robinson hit free agency this offseason. Therefore, they have a need for a veteran receiver who can break a game open. Agholor is coming off a career year in 2020, with 896 receiving yards and 8 touchdowns.

Combining Agholor with Tyreek Hill and Mecole Hardman could make for a potent Chiefs offense in 2021.

The Indianapolis Colts need a receiver to replace T.Y. Hilton

The Colts are set to lose T.Y. Hilton this offseason. Hilton has provided that deep-threat role for the Colts over the last few years. Therefore, they need to identify a player for that niche, and it could make for an ideal landing spot for Nelson Agholor. Carson Wentz needs a No. 1 receiver and right now the Colts do not have anyone like that on their roster heading into the 2021 league year.

The New York Jets need help at the receiver position

With Breshad Perriman on his way out of the door, the Jets need to find a receiver to complement Jamison Crowder. That makes this an ideal landing spot for Nelson Agholor. Agholor could combine with either Sam Darnold or the new QB the Jets take in the draft.

We saw how Agholor could impact an offense with the Raiders last season. Putting Agholor opposite Crowder could make for an intriguing offense in New York.

Could the Philadelphia Eagles re-sign Agholor?

One team that desperately needs a deep threat is the Philadelphia Eagles. Their release of DeSean Jackson opens up a need for that game-breaking receiver, which is how Agholor was used at WR for the Raiders last season. The Eagles need to bring in someone who can be a top receiver so that the likes of Dallas Goedert and Jalen Reagor can work underneath him.

Could Nelson Agholor find himself in New England?

The Patriots have struggled to acquire deep threats in recent years. Therefore, this could be a perfect landing spot for Nelson Agholor, who was tied for sixth in targeted air yards (15.3). He could be the piece that allows Cam Newton to open up this offense in New England. New England’s eyes may be on higher-profile free agents this offseason, but Agholor could be a mid-level option for the Patriots in free agency.

What is Nelson Agholor’s market value in free agency?

After essentially playing on the veteran minimum for the Raiders in 2020, WR Nelson Agholor is set to make plenty of money regardless of which landing spot he chooses.

Spotrac has compared Agholor to the likes of John Brown, Robby Anderson, Tyler Boyd, and Tyrell Williams. Those four have an average contract value of 3.3 years for $10.33 million per year. As such, Spotrac has Agholor projected for a two-year deal worth $9.7 million per year. That deal would put Agholor just outside the top 20 highest-paid players at the wide receiver position. 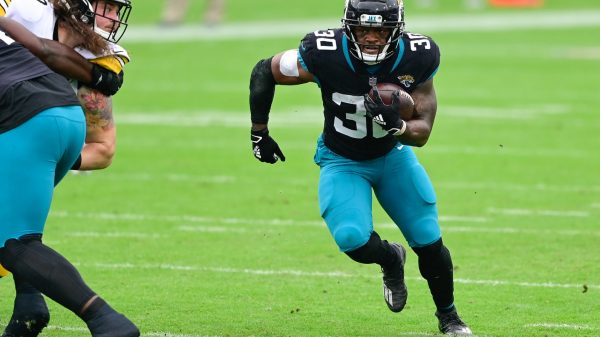